Twenty debut picture books in the running for the illustration prize that highlights the most talented newcomers. 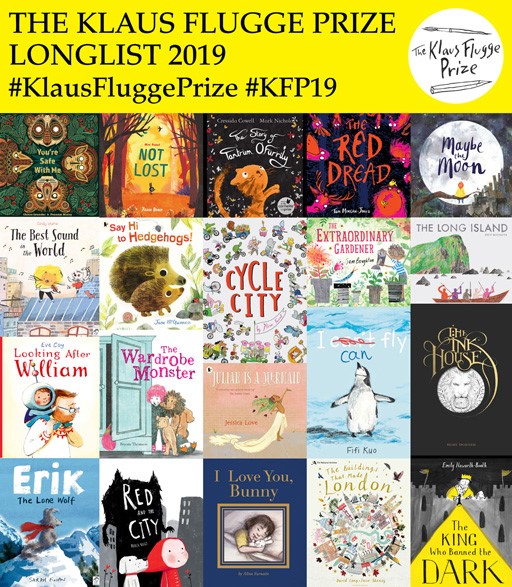 For the second year running more than fifty books were submitted; twenty have made the longlist. Lincoln Books have three titles in contention, all books published under their new Lincoln First Editions imprint which was set up in 2017 specifically to highlight and develop new illustrators. In all sixteen different publishers are on the longlist including last year’s winners Barrington Stoke, and first timers LOM Art (Michael O’Mara).

The judges for the 2019 prize are award-winning illustrator and former Waterstones Children’s Laureate, Anthony Browne; Derek Brazell, of the Association of Illustrators; Seven Stories bookseller Billiejo Carlisle; Farrah Serroukh, Learning Programme Leader at CLPE (Centre for Literary in Primary Education); and last year’s winner Kate Milner. The panel will be chaired by Julia Eccleshare, director of the children’s programme of the Hay Festival.

Julia Eccleshare said: “We are delighted that the Klaus Flugge Prize continues to attract more and more entries and feel that our longlist is very strong.  The books on it reflect the huge and changing range of subjects, themes and concepts that can be explored through picture books. On this list, children will find books that reflect their own lives back to them, or take them to worlds less ordinary; there are books that explore complex feelings or allow readers to work through their fears; and then there those that will make them laugh out loud. Once again the list of illustrators is international, proof that illustration is a universal language.”