Millions of pounds in royalties are available for illustrators who have had their work published in UK books, magazines or shown on TV.

Last year 63,000 artists received a share of £5.4 million via DACS Payback, and applications are now open for visual artists to claim their share of millions in Payback royalties.

AOI encourages all illustrators who are eligible to claim for Payback even if only one or two of your illustrations have been published – it’s well worth your time! There’s a guaranteed minimum of £25 per artist.

What Payback Artists have to say

Tom Hovey, Great British Bake-Off Illustrator, said: “I know plenty of illustrators and designers that do it every year and some might get thirty quid and some might get a couple of grand. No matter how much you get, it is all money that you deserve, so go get it!” 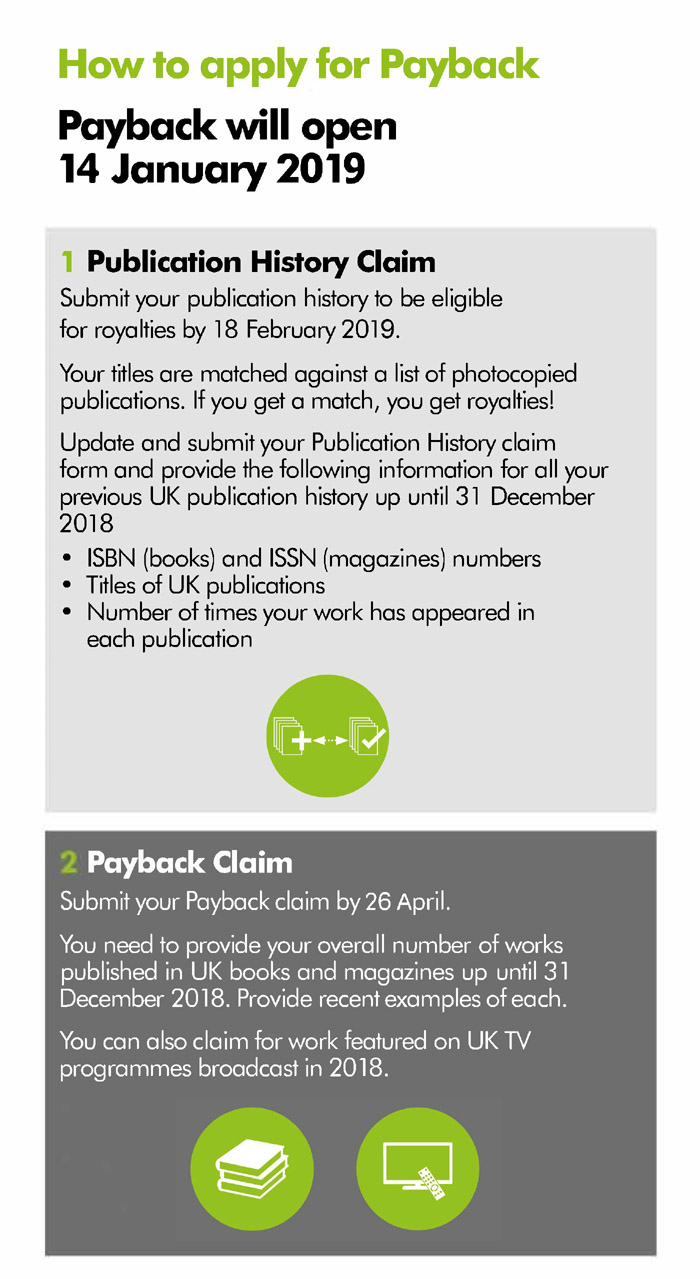 All visual artists whose works are copyright-protected are eligible to apply. Beneficiaries of visual artists can also claim as well as picture libraries on behalf of their contributors.

The royalties come from a range of collective licensing schemes. The main body, Copyright Licensing Agency (CLA), sells photocopying and scanning licences to business, schools, universities and central and local government. DACS distributes a share of the revenue to visual artists, ensuring they are remunerated when their published artistic works are re-used.

Benji Davies, children’s book illustrator and author, said: “In the past Payback has enabled me to buy new equipment or contributed to studio costs. When the royalties come through it’s a friendly slap on the back – a similar feeling to receiving a Christmas bonus (I imagine!).”