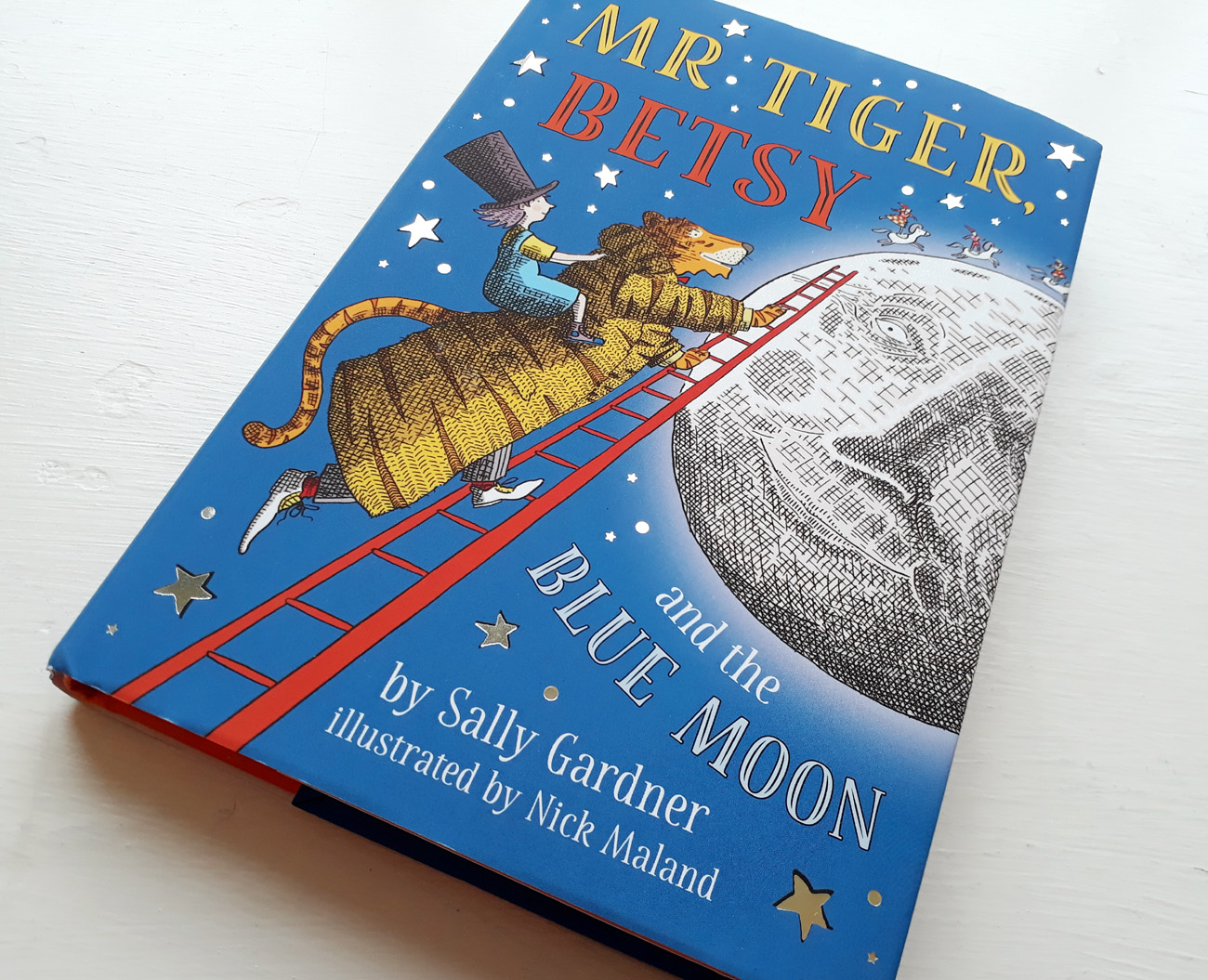 Printed in blue ink in Dyslexie, a font specially designed to make reading easier, Nick Maland’s delightful cross-hatched line illustrations for the book also feel softer to absorb when presented in this colour. With each page containing an image, he paces the pictures effectively across the story as the adventure unfolds, with illustrations from spot size up to several atmospheric double page spreads of seascapes. 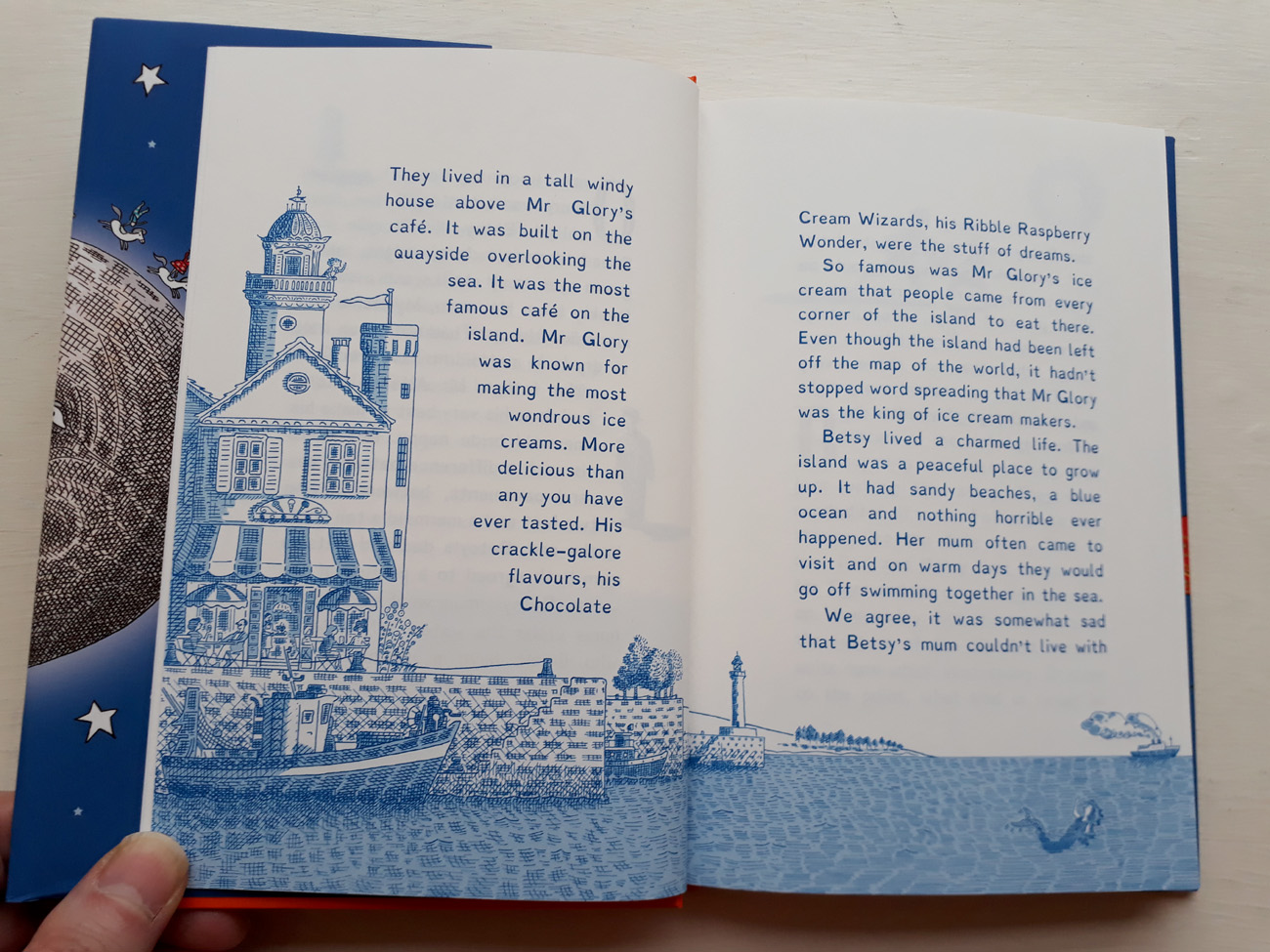 Betsy (of the title) is a sweet, questioning character who lives on an island which has been ‘left off the map of the world’.  Along with her mermaid mother and ice cream making father she sets out on a quest to reinstate a princess from another island who has been turned into a frog by her wicked sister. 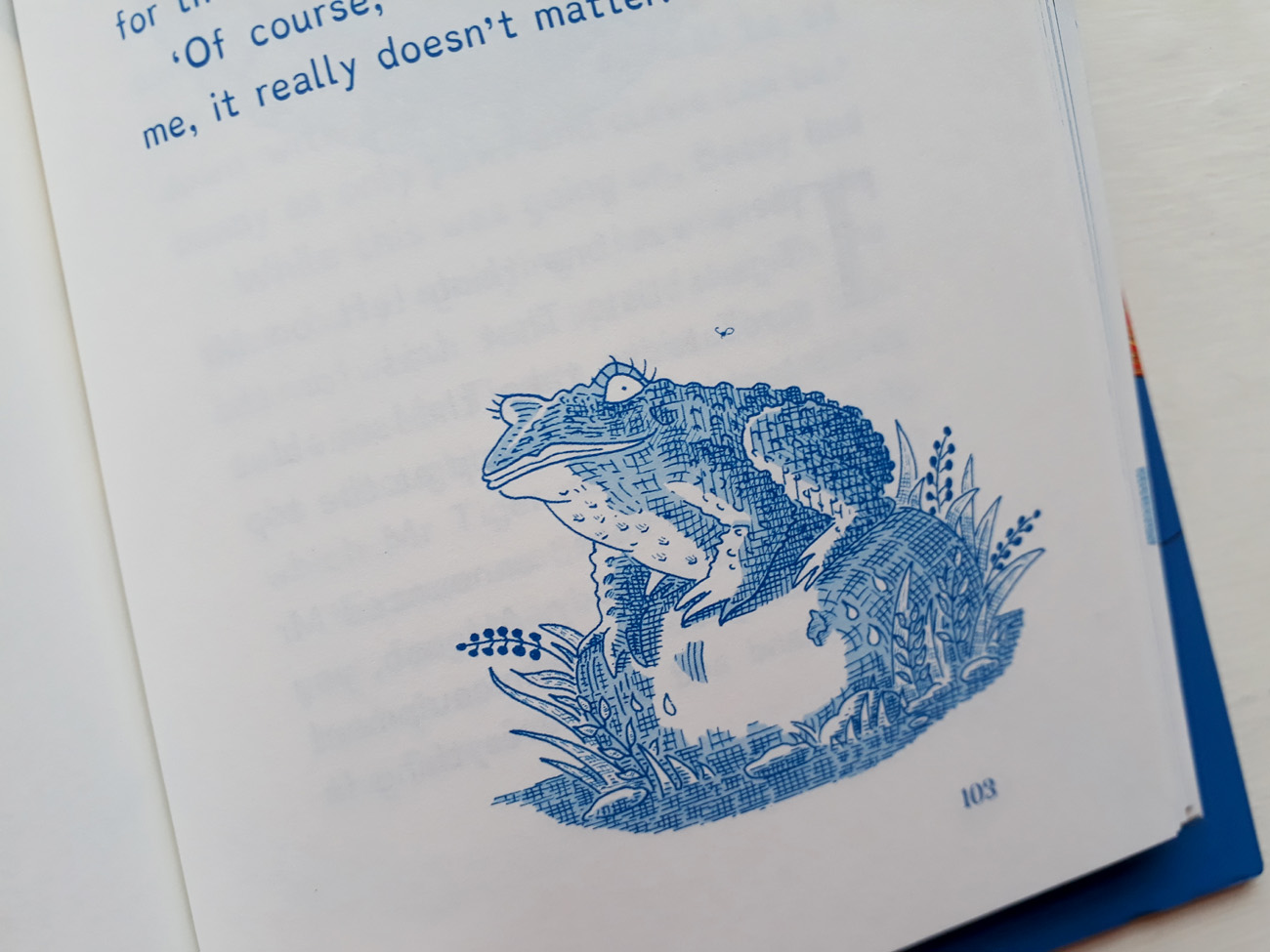 With a packed cast which includes dancing acrobats, a lonesome giant and circus ringmaster, Mr Tiger, the story races along with a fairy tale like disregard for realism, and is pleasingly bonkers. 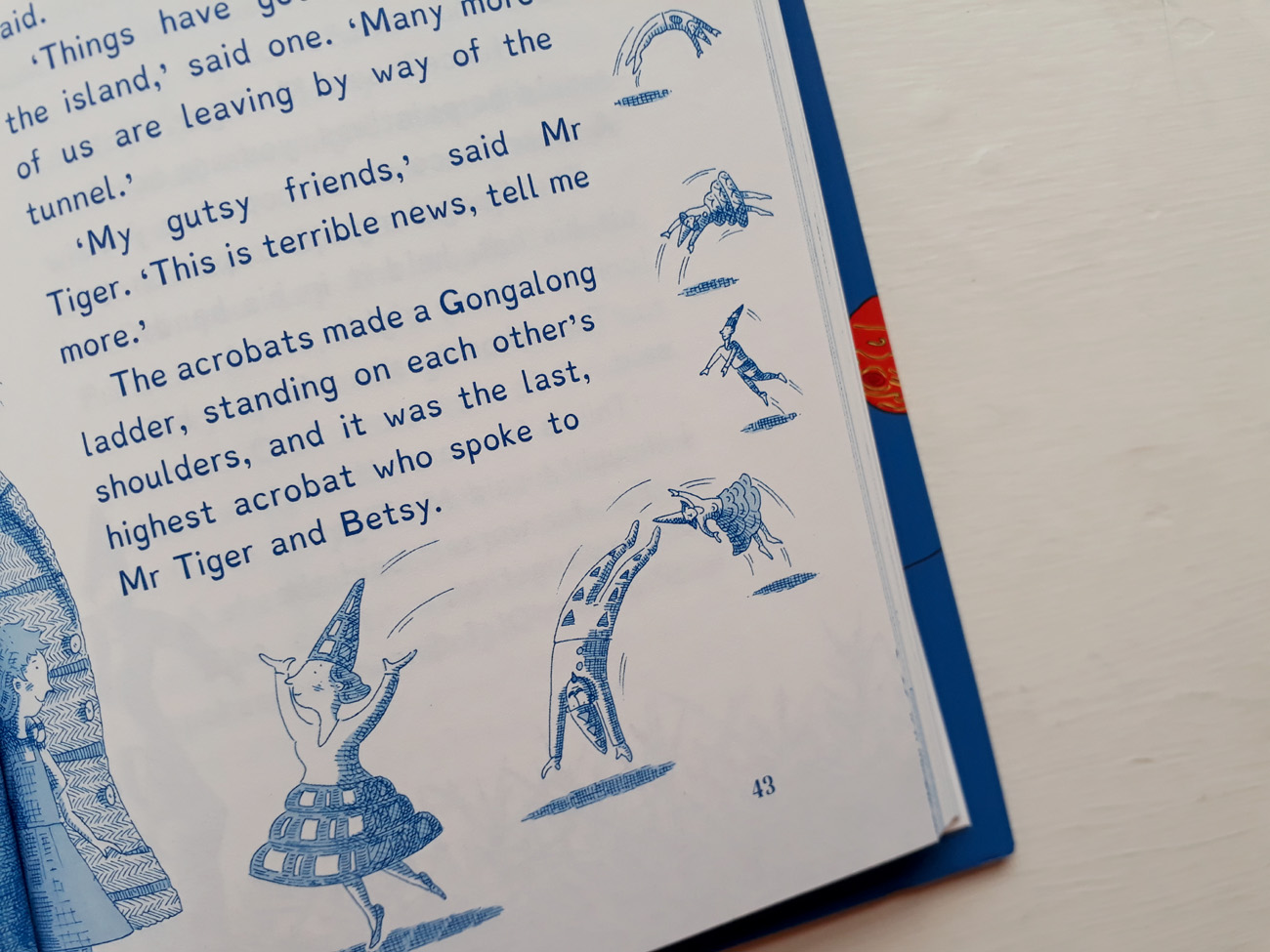 Mr Tiger announces at one point that this is a story to put ‘starlight in your soul’. And that’s a fair description of this light, fast moving tale (it’d make a great pantomime!) 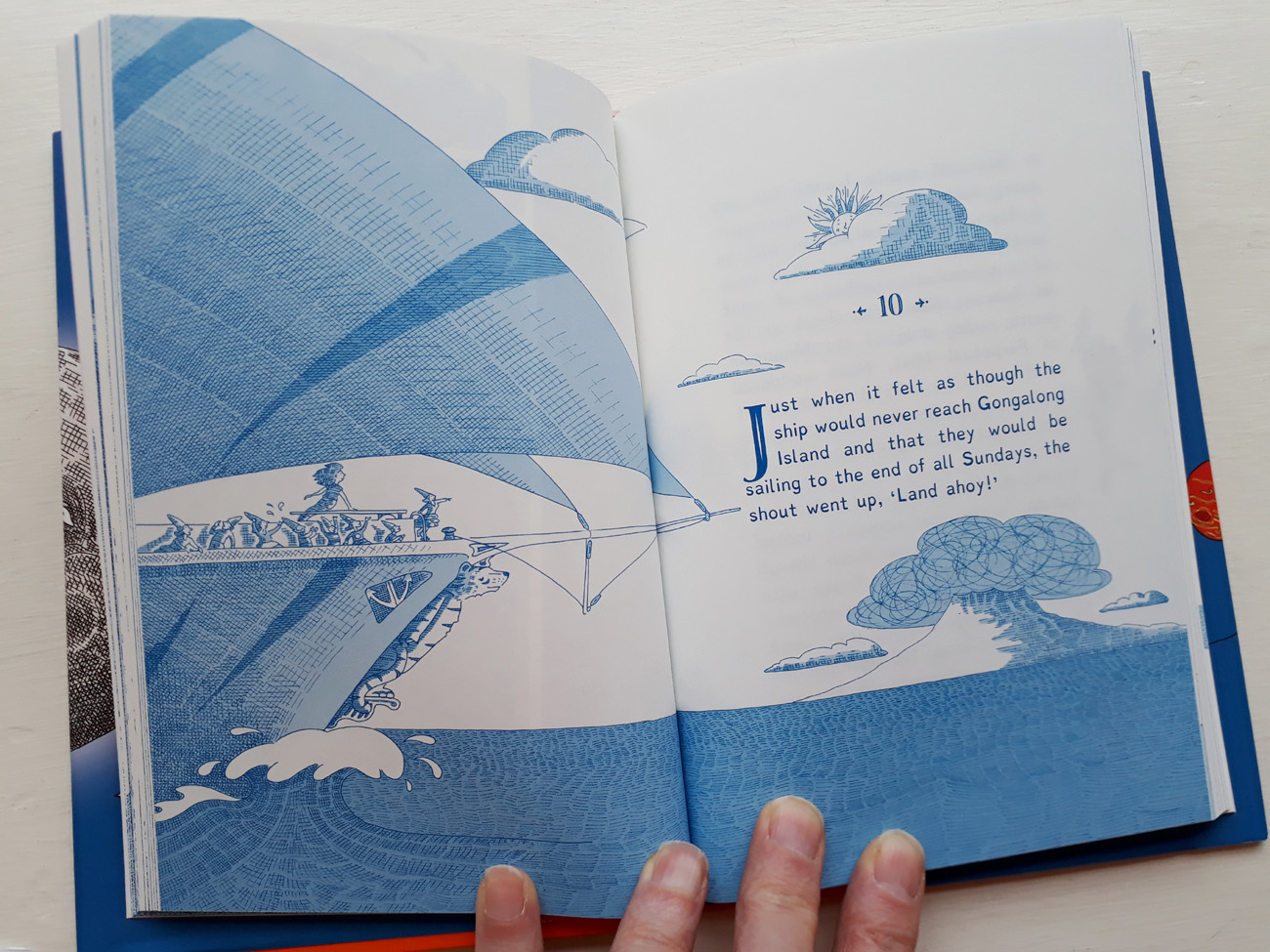