Postcards from around the world 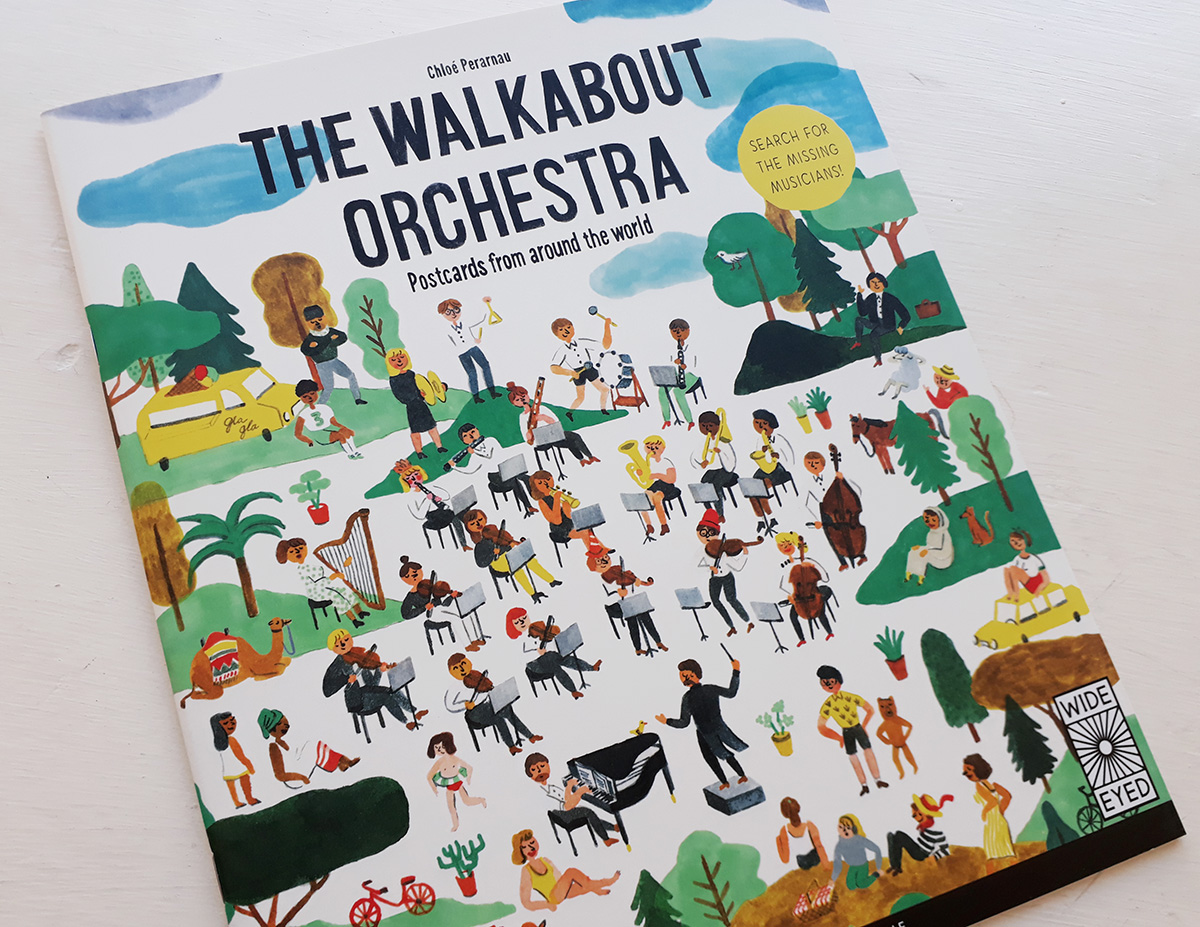 Maestro cannot find his orchestra. It appears they have all taken holiday leave at the same time. They are a well-travelled group of musicians and have jetted off to destinations such as Russia, Japan, Ivory Coast and Iceland. It is the reader’s task to help Maestro travel the world and track down each member of the orchestra in time for the big concert.

Each spread shows a new location and is a lively mix of figures, architecture and vehicles which create a challenging puzzle. The musicians are there…somewhere, and some are more hidden than others. This book is designed for ages 5+, which seems about right as my four-year old was able to find most of the orchestra and it held his attention throughout – which is no easy task! 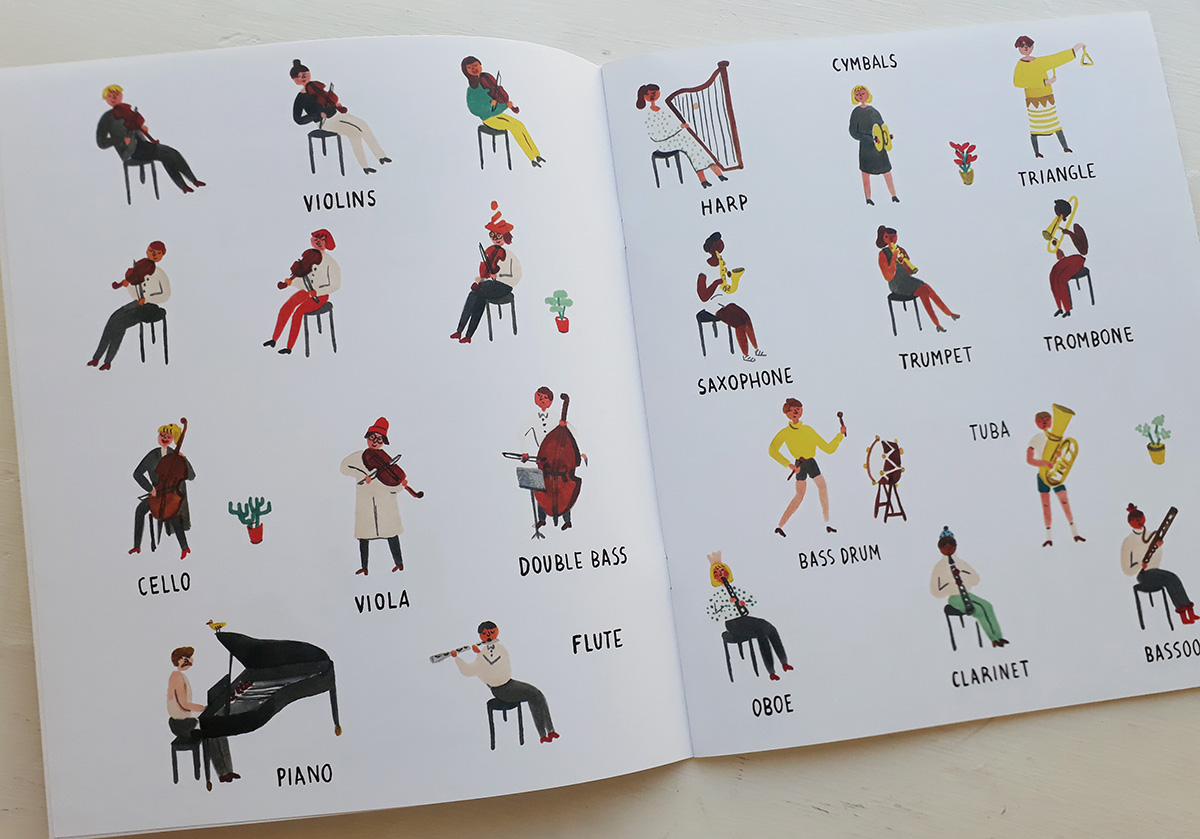 The concept behind this look and find book is a good one, musicians and their instruments are visually interesting and they tend to stand out from the crowd, coupled with the different cultural elements, each scene is very entertaining. The readers’ eyes wander around the streets passing by jolly fishermen, Mardi Gras dancers, ice skaters and even an Egyptian mummy! By referring back to the page that shows what each musician looks like, the reader should be able to track them down.

Postcards from the musicians introduce each page spread and provide a quick overview of the location and some clues to start the search. The handwriting of all the musicians is remarkably similar, but they show their differences in their choice of holiday location. 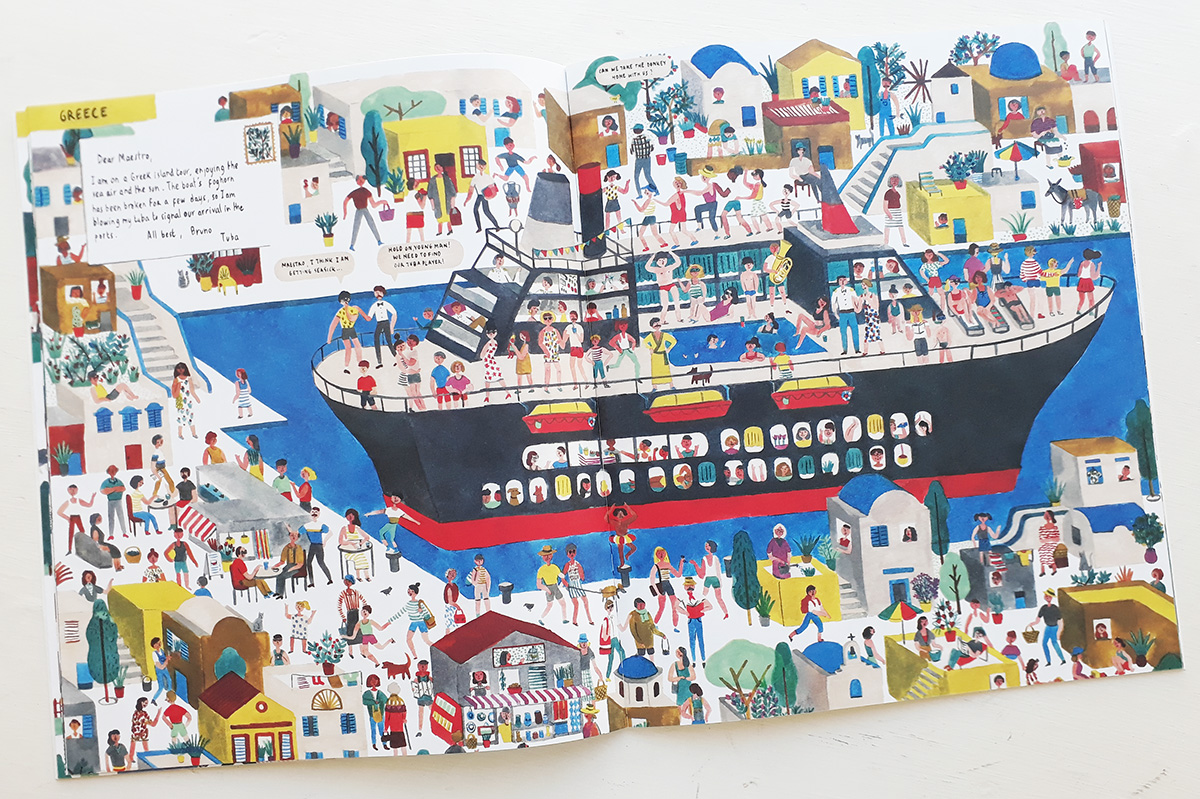 Perarnau’s characters are playful and drawn in a rapid and uninhibited manner. She packs out each scene and uses a slight aerial viewpoint throughout. For me (and my son), the illustrations of the Greek port and Mardi Gras in New Orleans were the most entertaining. The inky colour is applied loosely to give lots of texture and Perarnau has used the white space in an intelligent manner -without these areas of calm, compositions could have very easily become over complicated and hard to navigate. This is a fun book that encourages concentration whilst helping to build geographic knowledge. 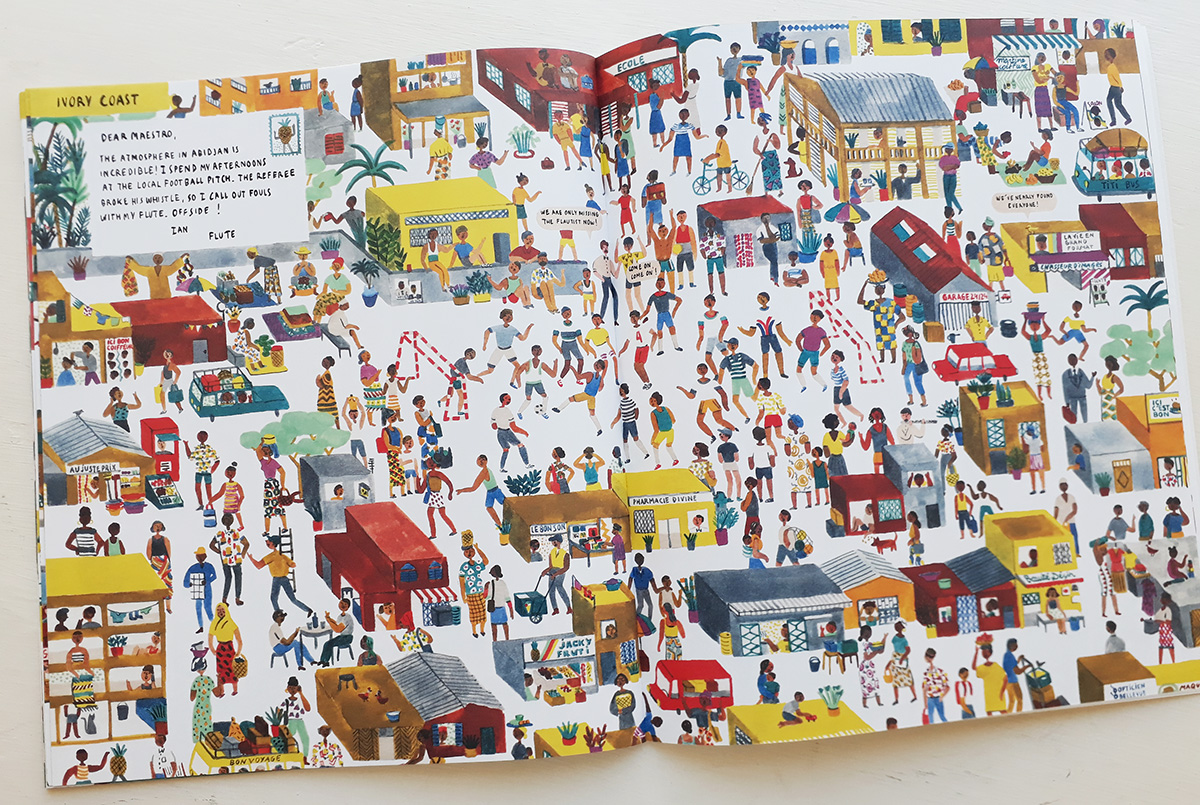 In the final spread (spoiler alert) we see the globe-trotting Maestro with his musicians successfully reunited and playing the concert to a happy crowd, which on closer inspection feature several characters that we have seen in previous pages, resulting in a colourful and diverse audience…you don’t usually see many camels attending these sorts of events! 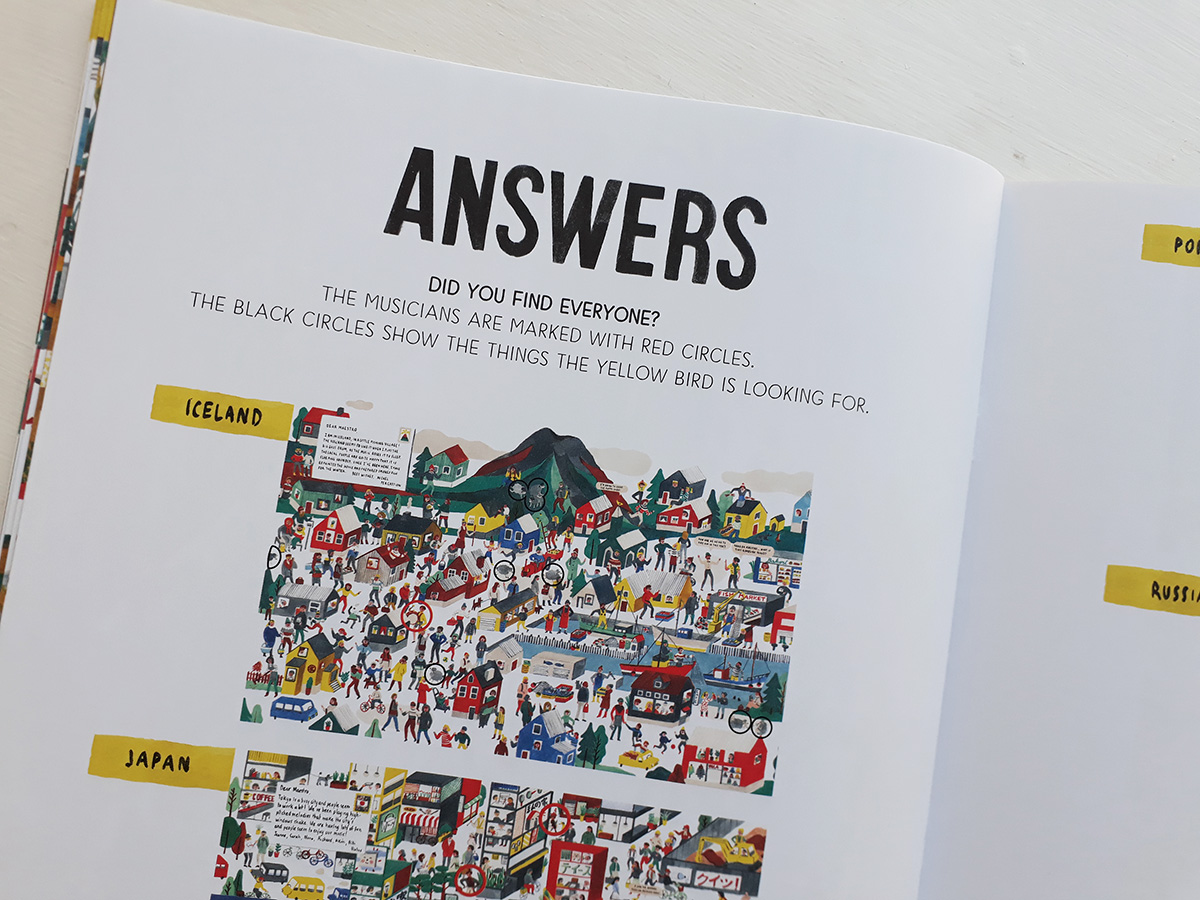