Jeremy Wortsman runs Melbourne based agency Jacky Winter. In this industry insight we talked to him about the Australian illustration scene, working globally, geographical trends and the secret to a long career. 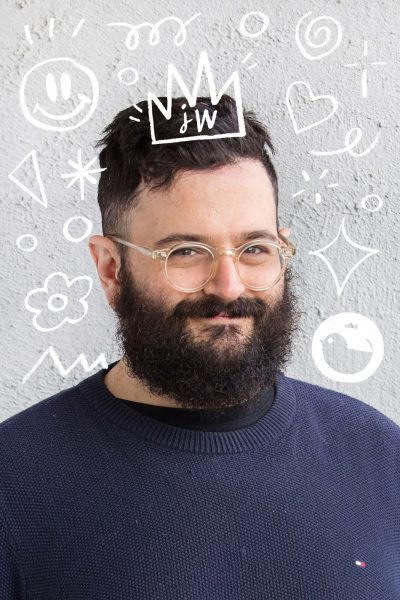 What has your path been to get to where you are now professionally?

It’s been a long and windy road, but I was always drawn to illustration.

Through formal training in graphic design I ended up as an editorial art director, commissioning illustrators each month, from a set budget and frequently working with agents. This was in New York, where I was born and raised.

After the September 11 attacks, I left the USA to travel and ended up here in Australia where I started a side-project with four friends called Is Not Magazine to try and recreate the same feeling of working at a magazine in New York.

When I found that there were no agencies in Australia representing contemporary illustrators (the likes of which we were commissioning for Is Not ), I saw an opportunity to start one myself! 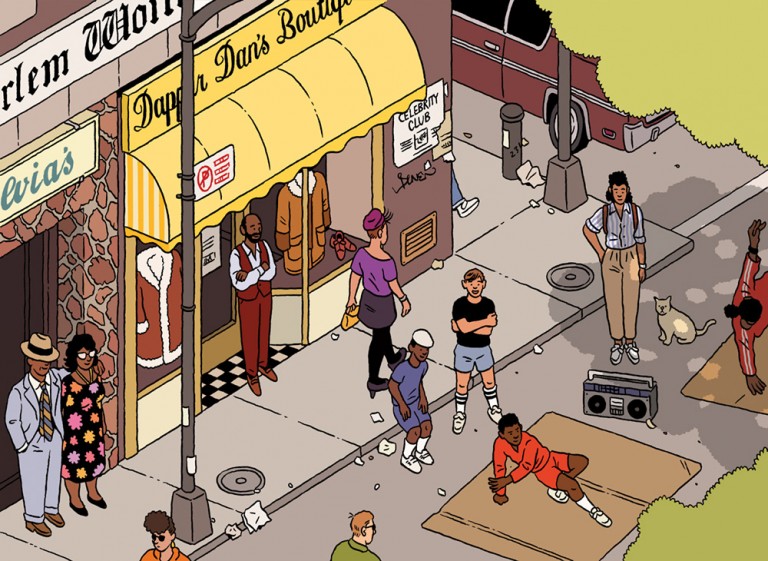 Can you tell us a bit about Jacky Winter?

Jacky Winter started in late 2006 as a side project from the design studio I was running with one of the Is Not co-founders. It began with only twelve artists and an office in my bedroom in a shared-house in Melbourne.

Today we describe ourselves as a creative representation and production agency. Production is something that we’re very focused on lately, as it’s not enough to just be an agent in the current climate. We have to take a much more active role in the process, so we have developed a unique set of tools and processes that really add value to our artists and clients. We have ten members of staff in our offices in Melbourne, and three in our New York office, representing over one-hundred artists between us.

On top of that we have many other branches that are devoted to specific areas of practice. The Bowery handles storyboards, animatics, and live scribing. Flutter is our full-service motion partnership, and Gif Horse represents artist-animators for short-form social content.

You’ve repped many of your artists for a long time – what’s your secret to a long and fruitful career for illustrators?

I’m still figuring that out! I think the answer is that there is no one secret – it’s such a personal mix of things that reacts differently to everyone, sort of like a fragrance.

The one consistent is that the artists who have had the most sustainable practices are those who simply cannot sit still, creatively. They have to create and express themselves visually – almost compulsively – with that joy and desire to create that underlying everything.

Of course, it involves a lot of natural talent, but that’s something that can be developed in many ways. I’ve seen it happen dozens of time – you put the work into your craft, you get the results, and the market responds in kind.

It also helps if you know what you want to do and who you want to work for. In some ways illustration is a bit of a limited term now – I sometimes use the more broad term of image-maker.

Having an actual sense of where your work sits in the global landscape is really important. It requires research and constant monitoring but that self-awareness is a crucial skill to develop as a creative, no matter what your discipline is. 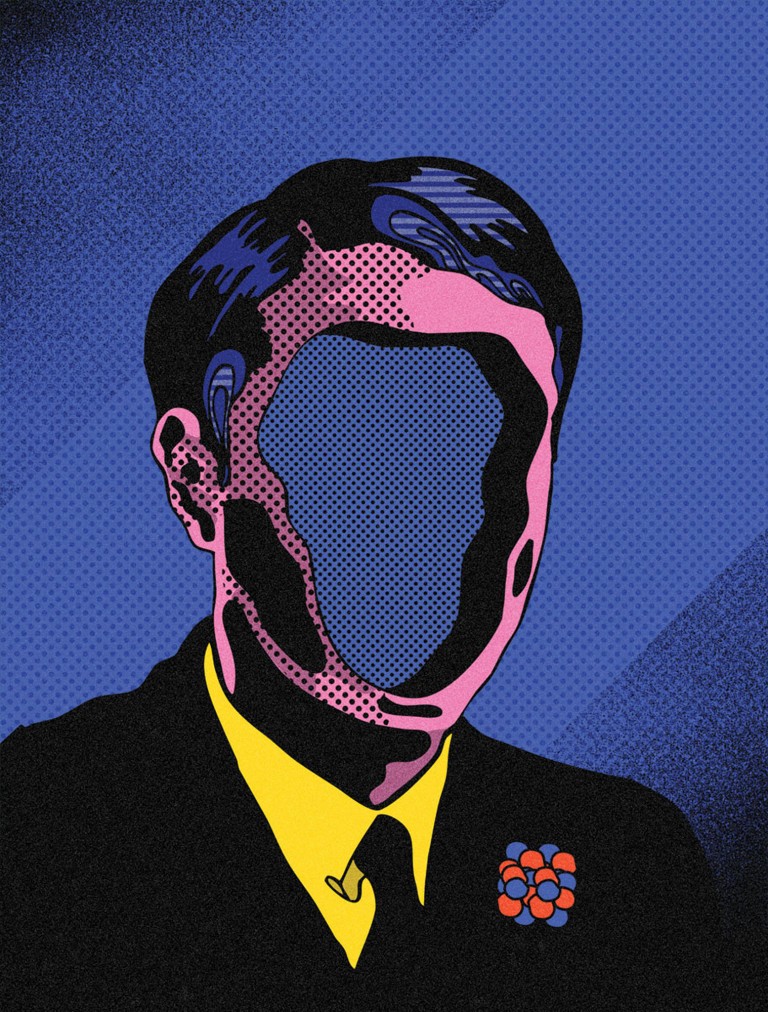 Australia has a very rich history of commercial art and illustration, and its relatively geographic isolation and mix of cultures has been a strong factor in establishing that.

When Jacky Winter first started there were very few self-described illustrators. There were graphic designers who dabbled, or art school students who didn’t quite fit in, but there was always an element of outsider art which made for a group of artists and work that were hard to pin down and had strong international appeal.

Today I think the atmosphere is very different. With the rise of digital media, Illustration as a career has become more viable, so there is more academic and commercial support for artists.

However, Australia is a very, very small country population-wise and it’s still a rare thing to be a full-time freelance illustrator. In some ways this hasn’t been very conducive to a very cohesive ‘scene’. The work opportunities are limited and there can often be some fierce competition.

As anywhere, there is a big mix of artists who all fall under the banner ‘illustrators’ from fantasy and gaming art to fashion and children’s art, so it’s hard for large communities to form, but smaller tight knit groups definitely seem to find each other. 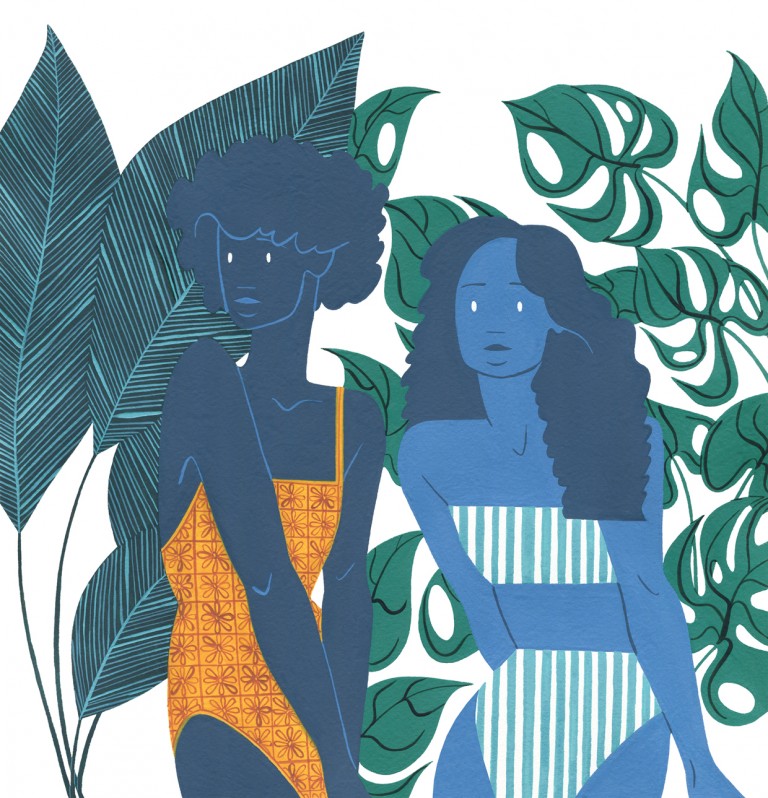 How big is the market in Australia?

At 24 million people, Australia’s population is only a third of the UK. Add the lack of geographically close neighbours, and you can get a sense of how small the market is. That said we do quite well for ourselves in terms of international reach. Some of the most awarded advertising agencies and creatives are from Australian agencies, and there’s a huge film and TV industry here with international tax incentives, so it’s an attractive place to do business.

I think that’s part of the Australian spirit and culture – punching above your weight and making the most of a little. You have magazines in the US that might take an entire page to just list the masthead (credits), whereas for some publishers here, one art director can be working across multiple titles. It’s pretty inspiring at times – but other times it can be a bit oppressive in terms of facing the realities of how smaller markets equate to smaller budgets!

Ah, the real million dollar question! Now you get to the core of some of the more odd notions of Australian identity, most notably the Tall Poppy syndrome. Without getting into it too deeply, there is definitely a tendency for Australian creatives to place higher value on international artists – and we can miss out because of this.

This is why we started our Rock of Eye branch, to be able to add that offering to the mix. That said, I think local artists have an edge because of the fast pace of the industry and the substantial time differences – it’s logistically harder to engage with international artists. 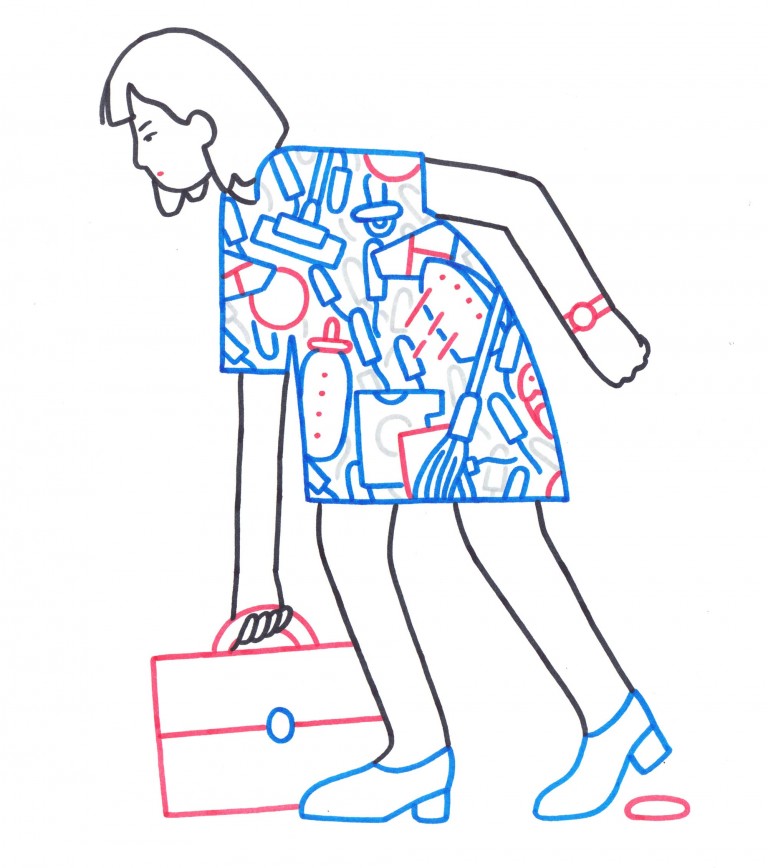 How engaged with non-Australia based commissioners are you?

As my personal and professional background is in the US, the original intention of Jacky Winter was to primarily service that region. That’s where the whole name came from (the Jacky Winter is an Australian robin that just happens to share my initials), i.e, we were going to give Australian artists the ability to ‘take flight’ and work with an overseas client base.

For some reason we were more successful in Australia off the bat, but eight years later we opened a properly staffed satellite office in New York, as we were getting increasingly active in that market, both for the editorial and advertising markets which are primarily in New York.

With increasing commissions coming direct from the west-coast tech sector, we’re able to maintain a 24-hour workflow between our two offices which is a pretty great service to offer, so our engagement has definitely increased.

Absolutely – but not for better or for worse. In addition to logistics, we’re seeing more and more illustrators engaged as talent, or for who they are as people.

Taking a step back though, we deliberately are not that active in the European and UK market (for clients) specifically because of time zones. The differences just make it impossible to manage from either our US or AU office. While we have some exceptions for some artists there who we’ve had long term relationships with, it’s a good example of how location can impact our reach or ability. It’s a shame as well as some of the best artists right now are in Europe!

Have you found there are trends based on geography which are noticeable in illustration?

I definitely think there’s an American/European divide stylistically. Maybe I’m biased here, but I find American illustration so richly editorial in nature, while there seems to be a very strong graphic theme in European illustration – basically everything you see on It’s Nice That (or so we joke about!).

In many ways illustration, like any art form, is a reflection of culture and with all the current global instability, I think there’s a big tendency right now for things to be just plain weird, because we’re in weird times.

We’re definitely noticing a lot more illustration melding with graphic design, or having more graphic overtones. I think this is because of shifts in education as well and the need for creatives to be a lot more versatile to stay alive in the gig economy. 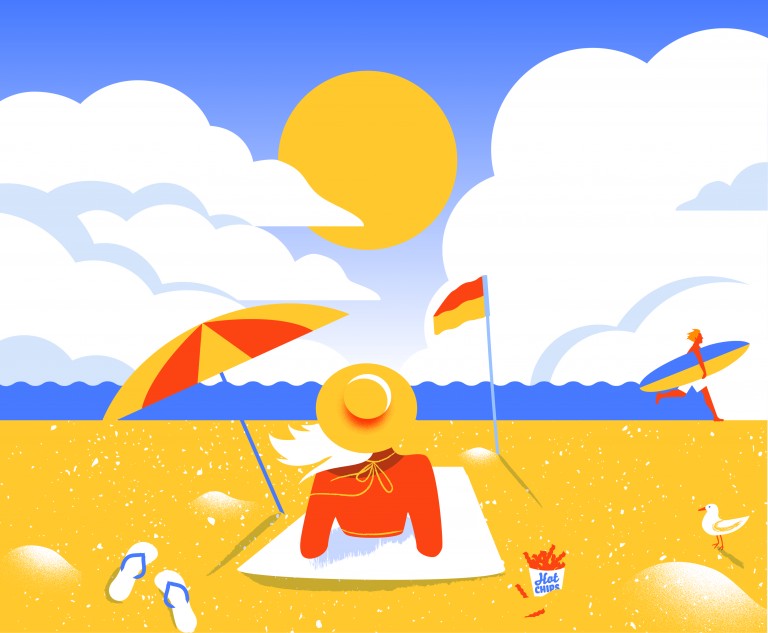 Finally, what do you feel are the main challenges for illustrators?

I think that need for versatility is the main challenge for not only illustrators, but any freelance creative professional. I think of all the artists we represent, only a handful are full-time freelance illustrators.

Everyone (including ourselves) needs to spin a lot of different plates to survive. Longevity and relevance are real issues that everyone is facing now, especially as the market grows increasingly competitive. While it can sometimes seem an insurmountable challenge it also paves the way for talented artists to really forge substantial and sustainable successes both creatively and financially. It’s exciting times!