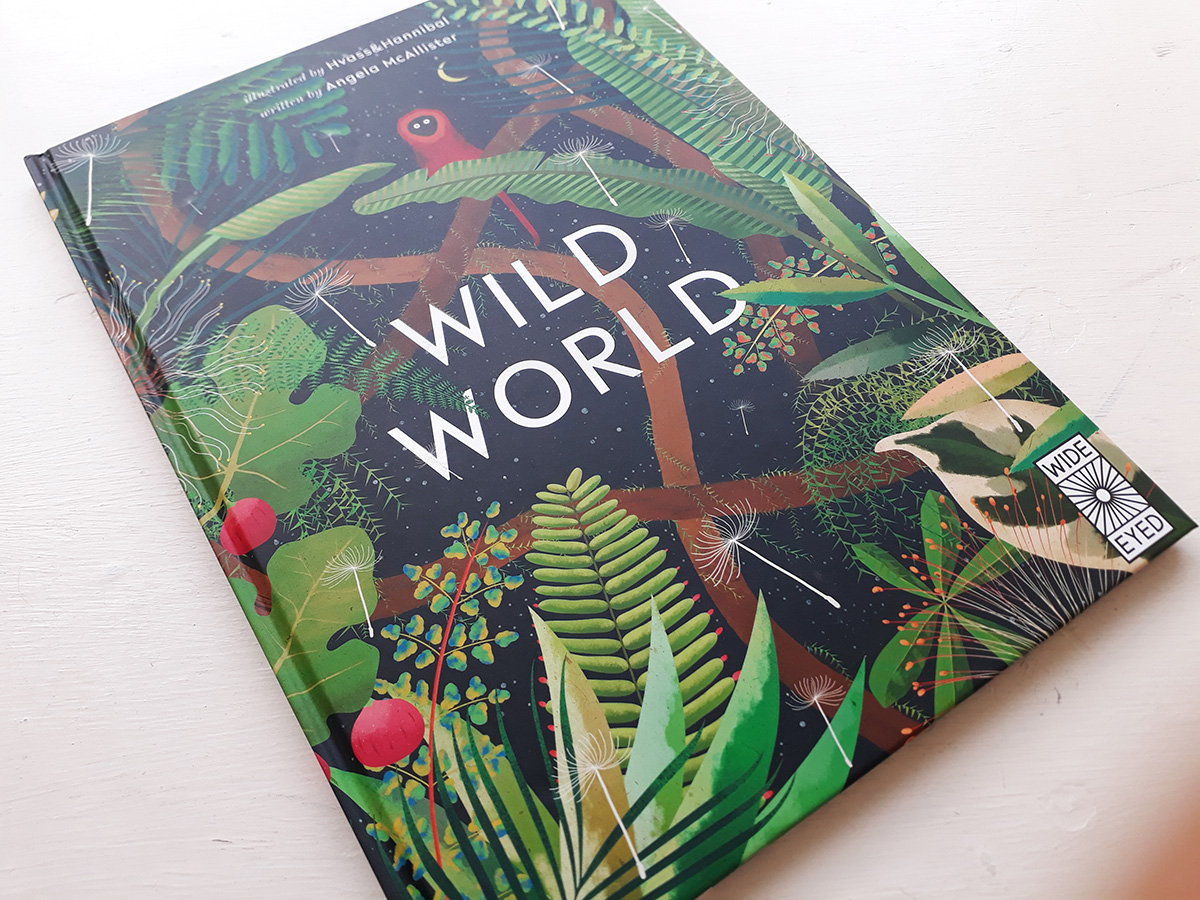 At Pick Me Up festival in 2014, the Copenhagen-based duo Hvass&Hannibal were among Outline Edition’s represented artists, showing a number of jungle-inspired textile and print designs including a large-framed picture hung above a fireplace in turn framed by giant-sized banana leaf motifs. The print was called Time Stood Still and depicted a night-time scene of a jungle complete with orange monkey staring out from the dense undergrowth, a crescent moon over his shoulder set in a star-filled sky. It had the same spellbinding emotion that emanates from paintings like The Dream by Henri Rousseau, the way you feel like when having intruded upon a charmed moment, of suspended magic. 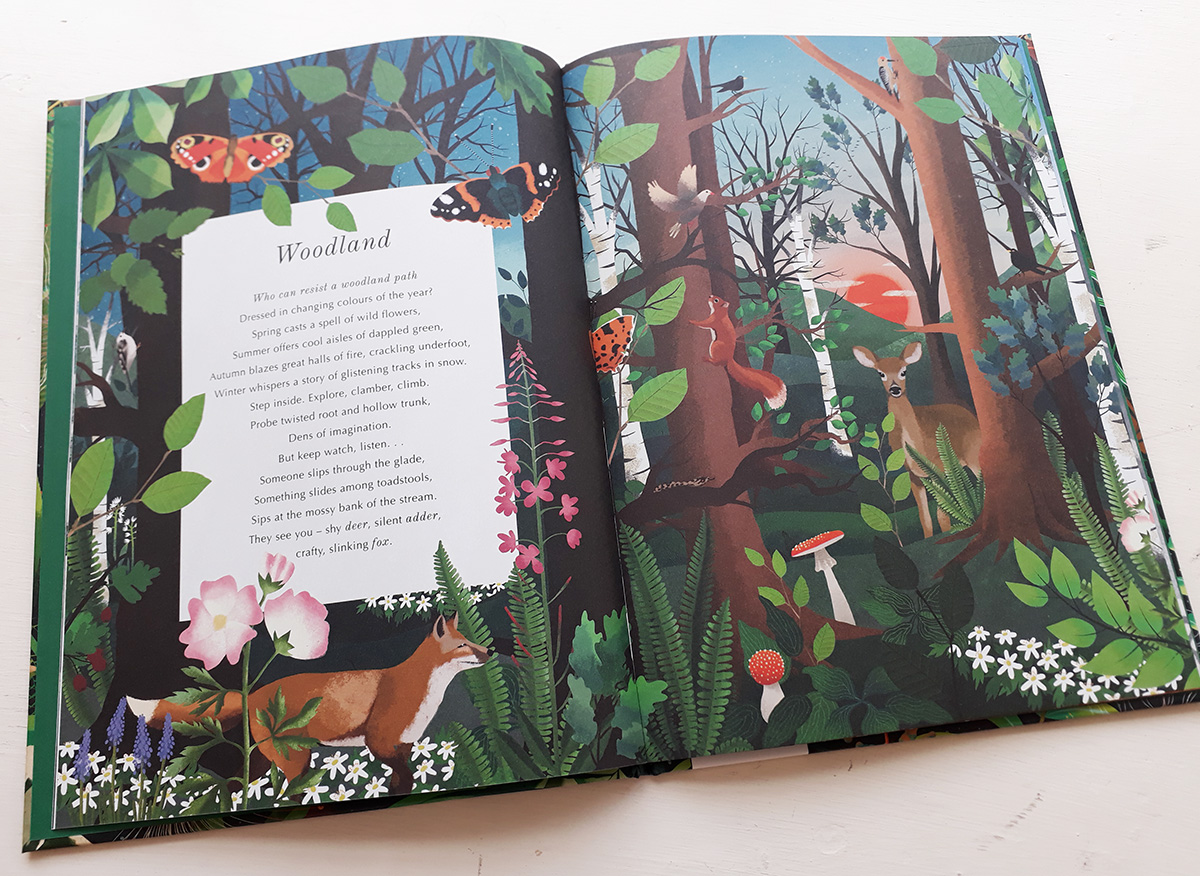 This picture was to provide sufficient impetus for a book to be commissioned by Wide Eyed Editions that paired Nan Na Hvass and Sofie Hannibal with children’s author Angela McAllister; poetic texts describe ‘…thirteen incredible habitats, from the Arctic’s crystal kingdom to the deep sea …(in) this beautiful tribute to the last wildernesses of our world’. For Hvass&Hannibal ‘…it was a great possibility to showcase our work in this format, and we’ve long dreamed of creating a very intricately illustrated book’, in recognition of the influence Kit William’s book illustrations had on them since their childhood ‘…their beautiful, precise illustrations that are so close to reality but still so incredibly dreamy’.* 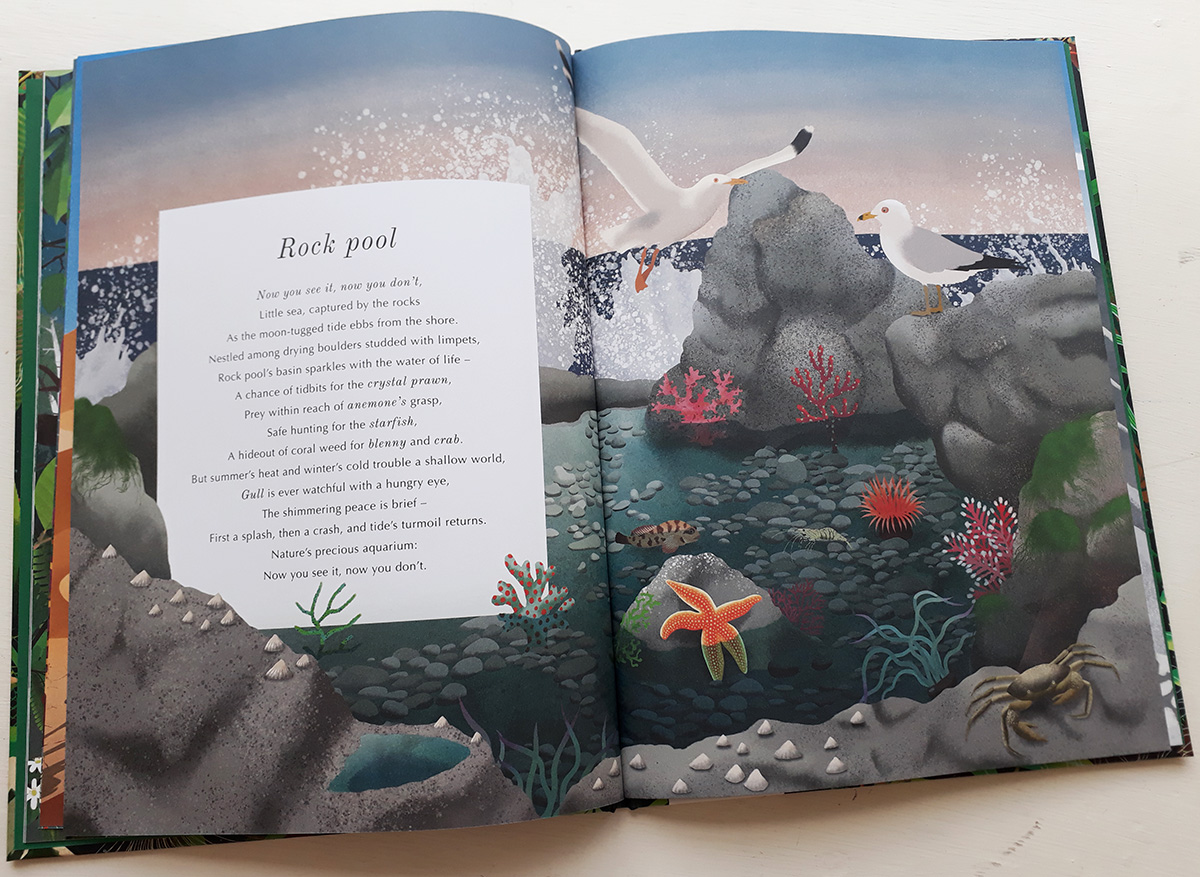 As Time Stood Still was the base upon which the concept of Wide World had been developed, the first few spreads involved McAllister finding the right tone for her writing to compliment the visual poetry of the artwork. Once found, McAllister’s poems came to serve as the brief for the succeeding illustrations. This relieved time-pressed Hvass&Hannibal from much of the burden of initiating the content of each spread and provided them with a framework on which to focus their attention, a checklist of essential plants or animals that were to figure in each spread. This was to have considerable bearing on the making of the book; ‘Usually our illustrations are more fictive and abstract, often depicting unreal or surrealist environments, where we can let our imagination go wherever it wants to. So illustrating all these animals and habitats in a way that has enough precision to act educational for kids, but to still give them personality, was actually very challenging for us. In an ideal world we could have put everything aside and just worked on this for a whole year, but unfortunately that’s not a possibility, so it was quite hard work getting it all done among all our other projects! ]’

To complete the project within the ever prevailing constraints of time and budget meant that Hvass&Hannibal were forced to compromise certain spreads. The ones that relied perhaps a bit too heavily on the contents list provided by McAllister’s poems, thereby failing to achieve the overwhelming state of abundance and amazement that typifies Wide World’s most successful scenes. Spreads such as Rainforest, Coral Reef and Woodland where the intensity of the vision is the strongest, the sentiment the deepest, where Hvass&Hannibal were able to enter completely into the imagined space, to understand it to the point of imagining new forms that heighten its very essence. Other pictures, they explain, required a more realistic treatment and are noticeably those which fail to go beyond offering more than a literal interpretation, held back in their effort from matching the guiding example of As Time Stood Still. 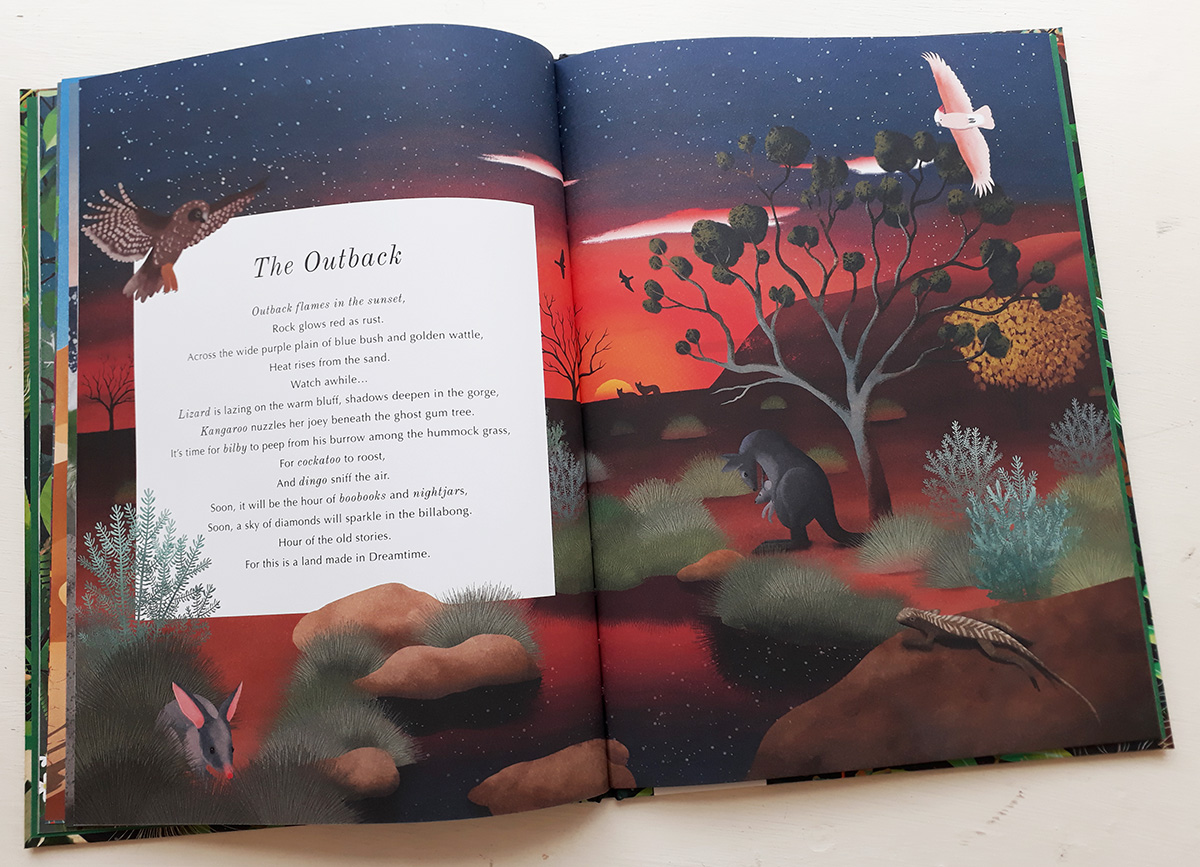 In spreads such as Desert, Arctic, Mountain where the picture is unable to match the complexity of the accompanying text the question begins to be raised on the prominence of the text. Wide World looks and feels like a picture book and as such the space occupied by the text too often appears to encroach upon the image, giving the impression that it is hiding some important part of the picture, the detail that it feels too often is missing from the image as a whole. The weakness of certain images however shouldn’t necessarily lead into a criticism of the text, the poetry is very good and at times, through no fault of its own, too imaginative. I feel this is the book’s shortcoming, unable to provide a consistent match between the two. Having started off so strongly it then appears to lose wholehearted conviction before an enduring dialogue can be established. In Wide World’s best moments, where Hvass&Hannibal are able to invest themselves in working their magic to the full the page sparkles with jewel-like intensity, from deep within the picture space that underlies McAllister’s commending words.