News / What’s the impact of Brexit on UK copyright?

Copyright law expert, Florian Koempel, looks at the impact of Brexit on UK copyright and other relevant European developments for the AOI (in a private capacity).

Withdrawal from the European Union and copyright

Yet another news item on the withdrawal from the European Union! Whilst there is limited political and public interest in Germany or France after the initial shock of the Referendum, the UK continues emotionally discussing what Brexit means other than “Brexit”. Here I will be looking at the impact on UK copyright. Ultimately this all depends on what UK Government agrees for the time after the withdrawal date, 29th March 2019. As regards the national copyright framework, it is basically up to the UK how to proceed.

In general, the withdrawal from the European Union will only lead to limited changes to the UK copyright framework. The United Kingdom is itself (sometimes in dual membership with the European Union) bound by international copyright agreements providing minimum standards of protection for creators. In particular the Berne Convention 1886, the Agreement on Trade-Related aspects of Intellectual Property Rights 1994 (TRIPS), the WIPO Copyright Treaty 1996 and most recently the WIPO Visually Impaired Persons Treaty 2013 providing an exception for visually impaired people.

The European Union copyright framework provides further protection for creators’ works to on top of the international minimum standards, e.g. a term of protection of 70 years after the death of the author compared to the 50 years provided in international agreements. Furthermore, the express basis of European Union copyright law is a high level of protection for creators. Politically, it is not expected that the UK government will change UK copyright law which has been introduced by the European Union copyright framework (mainly Directives which EU member countries have to action) in the short to medium term. Given the economic strength of the creative sector (as exporter) it is in the interest of the UK government to retain strong protection of copyright in the UK. According to data from the Department for Digital, Culture, Media and Sport (DCMS), creative industries as a whole export around £36bn a year in goods and services.

So, whilst UK copyright itself will remain basically unchanged, changes are required in as far as specific European rules are based on principles of mutual recognition and reciprocity between European Union member states. 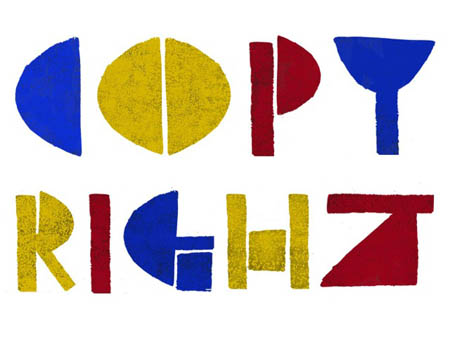 The British Copyright Council provided a detailed analysis in 2017 accessible via britishcopyright.org.

Going forward the main interest of the creative sector relates to how the UK government intends to support the creative industry in free-trade negotiations with the European Union and other countries to avoid tariff or nontariff barriers to trade.

The British Copyright Council has submitted a detailed paper to the relevant UK departments outlining the concerns of the creative sector.

The main piece of European Union copyright changes is the draft Directive on Copyright in the Digital Single Market which contains 3 mandatory copyright exceptions for works (on text and data mining, educational institutions, and cultural heritage organisations) and a system intended to increase the responsibility of Internet Service Providers like Google and others for the content they carry on their platforms.

For individual authors (and performers) the Directive provides Articles on transparency and contract adjustment (in case the original contractually agreed remuneration for the author and performer is disproportionately low); this is in Articles 14 to 16 of the Directive.

The draft Directive is currently being discussed by the relevant European Union institutions, i.e. the European Parliament and the European Council. Whilst the time is limited, given that there will be a new European Commission and European Parliament in 2019, I predict that the Directive will be adopted into EU law by end of 2018 (including the UK). It remains to be seen whether the UK will then implement the EU Directive into UK law within 24 months after coming into force in the EU; this depends on the future arrangement with the EU or the general political will.