Axel Scheffler comments on the irony of a German winning Illustrator of the Year at the Nibbies 10 months out from the uncertainties of Brexit. 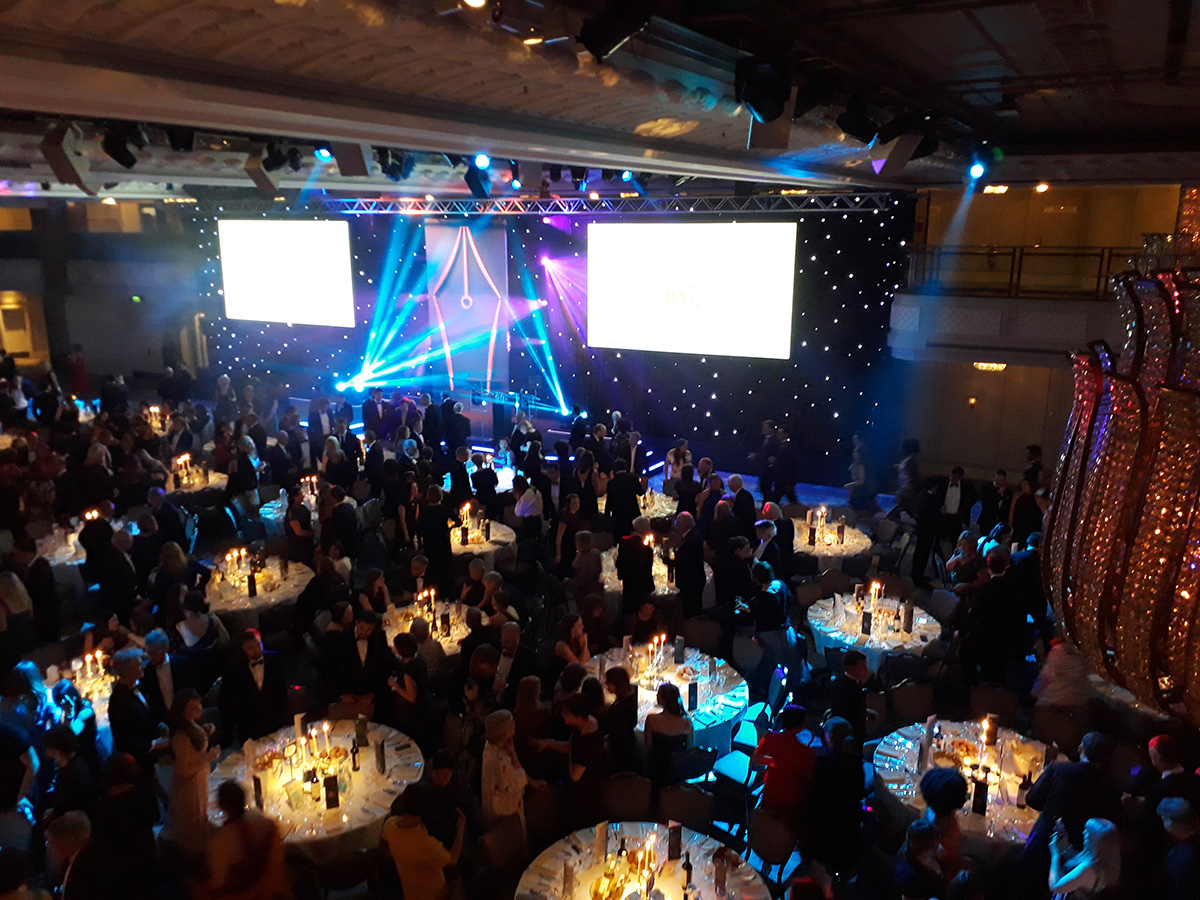 For the first time, 2018 saw illustrators recognised in their own category – a landmark achieved in part by the tireless campaigning of illustrator and writer Sarah McIntyre.

It’s quite right that they should do so. The UK’s Creative Industries contributed an extraordinary £91.8bn to the economy in 2016.  Illustration is not recognised as a distinct subsector of the Creative industries, but its notable that illustration plays a major part in at least 5 of the 9 areas recognised by the government. In publishing alone illustration is part and parcel of successful books – not solely for children, but in the adult sector too.

The Illustrator of the Year Award celebrates an illustrator who has achieved stunning commercial success, alongside making a genuine contribution to the general health of the book world.

The 2018 award was presented by Sarah McIntyre to the luminary Axel Scheffler, illustrator of over 100 books, with over 60 in print in the UK. Best known perhaps for The Gruffalo, his partnership with writer Julia Donaldson has created the iconic touch stones for a generation of children starting their journey with books. 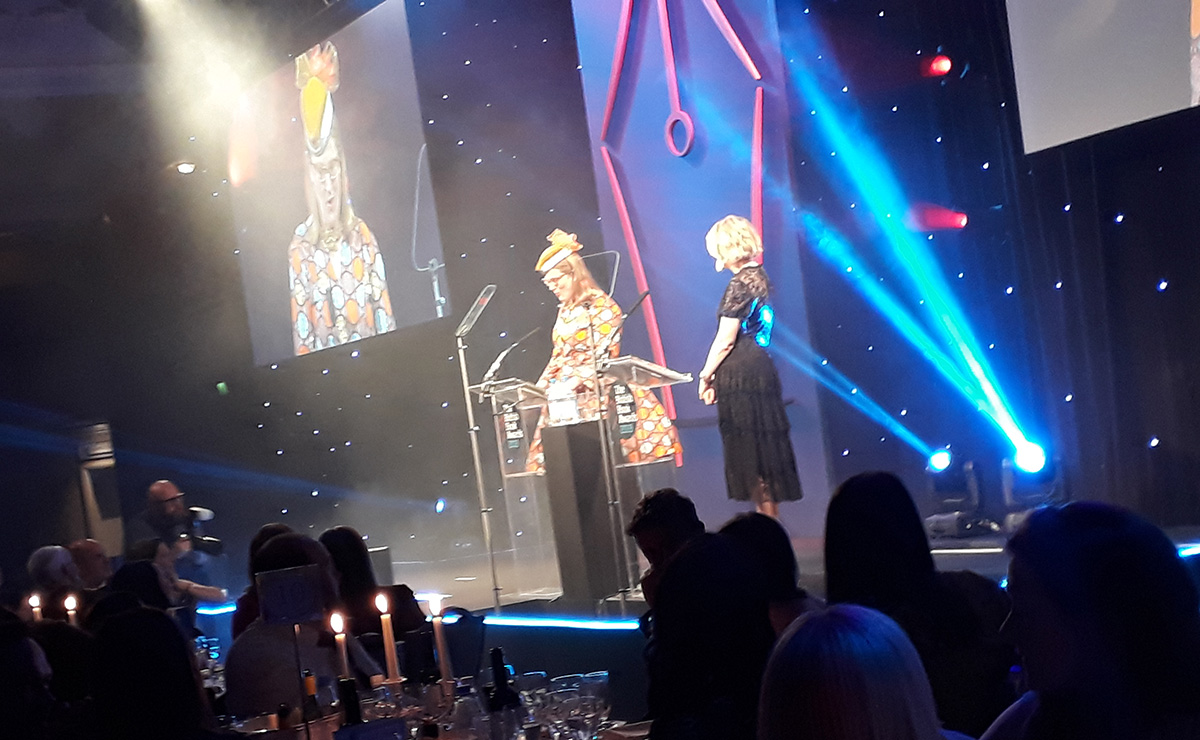 Taking the stage Axel accepted the honour with grace and humility, but, he said ‘I also accept it with a heavy heart and maybe even a slightly bitter feeling – it feels like a consolation prize. Or even a farewell gift… I can’t pretend it’s business as usual.’  Brexit is 10 months away, and as an EU citizen, born in Germany but resident in the UK for 35 years, there is uncertainty about his, and others’ status. “In a worst-case scenario,” he said, “I might not be allowed to stay here by the time my next book with Julia Donaldson is launched.” 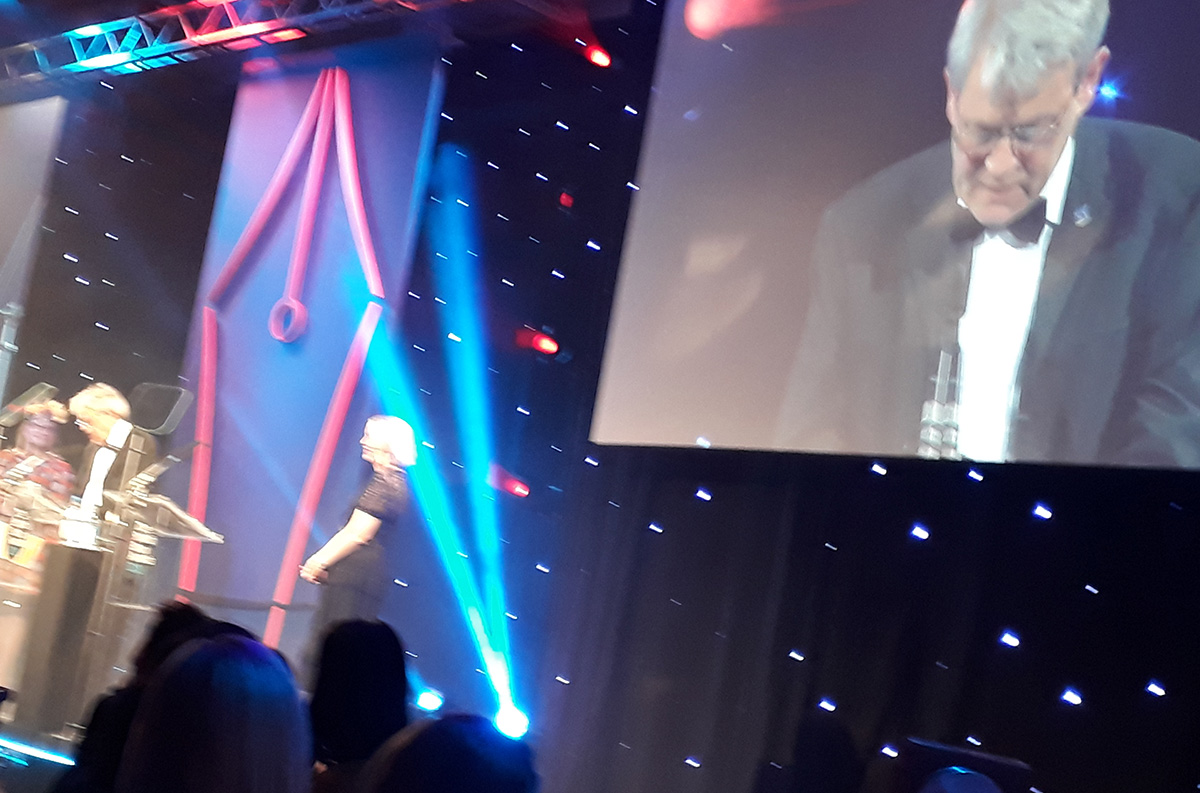 Axel also mentioned another person who came from Germany under completely different circumstances who was there that night, his friend Judith Kerr, creator of The Tiger Who Came To Tea and Mog, who had been given a standing ovation as she presented the first award of the night “Here, in this room, you have a refugee from the Nazis and a peace-time EU immigrant giving something for the families and the economy of the UK. But after the Brexit vote it feels, despite our contribution, as if this country is saying, “It was all a mistake! We don’t really want you after all.”

How many people, how many future icons will be turned away before they have had a chance to fulfil their potential? What did people miss when reading Room on the Broom, he asked, a story about friendship, acceptance and sharing. “The book wasn’t called No Room on the Broom.” He ended with a warning, “So beware, Brexit Britain – if you have no friends in a hostile environment – the dragons may come and get you.” 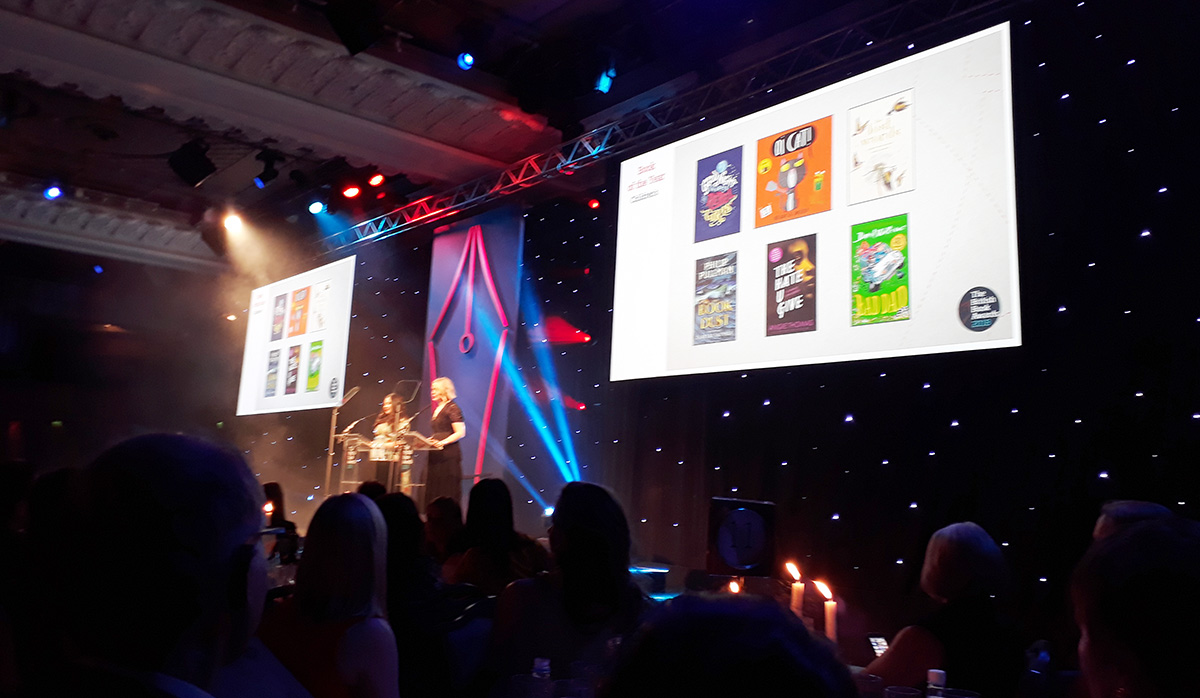 Earlier in the evening The Lost Words by Robert Macfarlane & Jackie Morris (Hamish Hamilton) – a book created to celebrate the disappearing words of everyday nature – was awarded the Children’s Book of the Year. Jackie Morris accepted the award and emphasised the importance of librarians and independent bookstores in supporting books, along with the incredible crowd funded campaign to provide every Primary School in Scotland with The Lost Words.

Illustration is about communication. It helps us see things from others point of view. It makes us empathetic. Never have we needed that more than now.