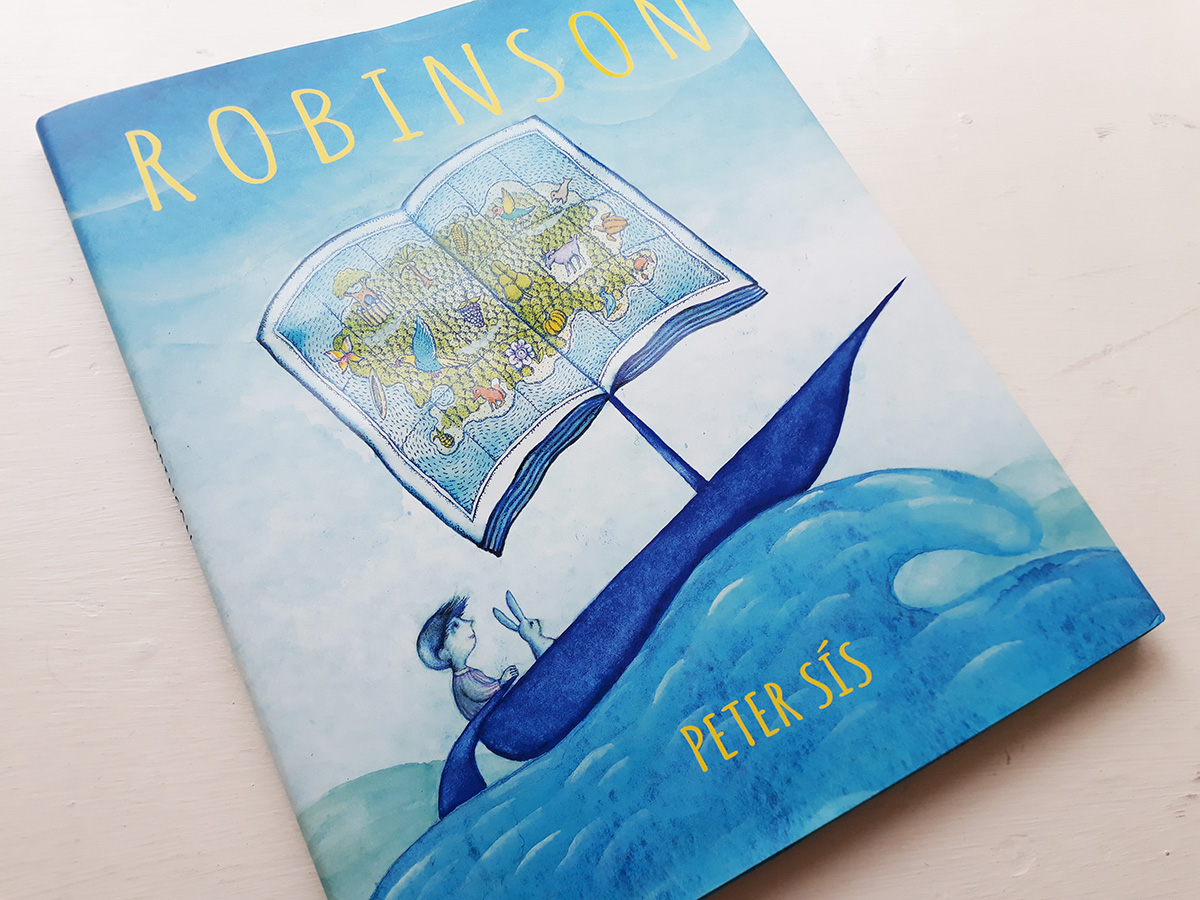 Sailing across the endless ocean, Peter is cast upon an island, like his hero Robinson Crusoe. This is a story based on an experience from the author’s childhood. The voyage is made as an escape after an incident at a party where the lead character is teased by his friends for his unique Crusoe costume. 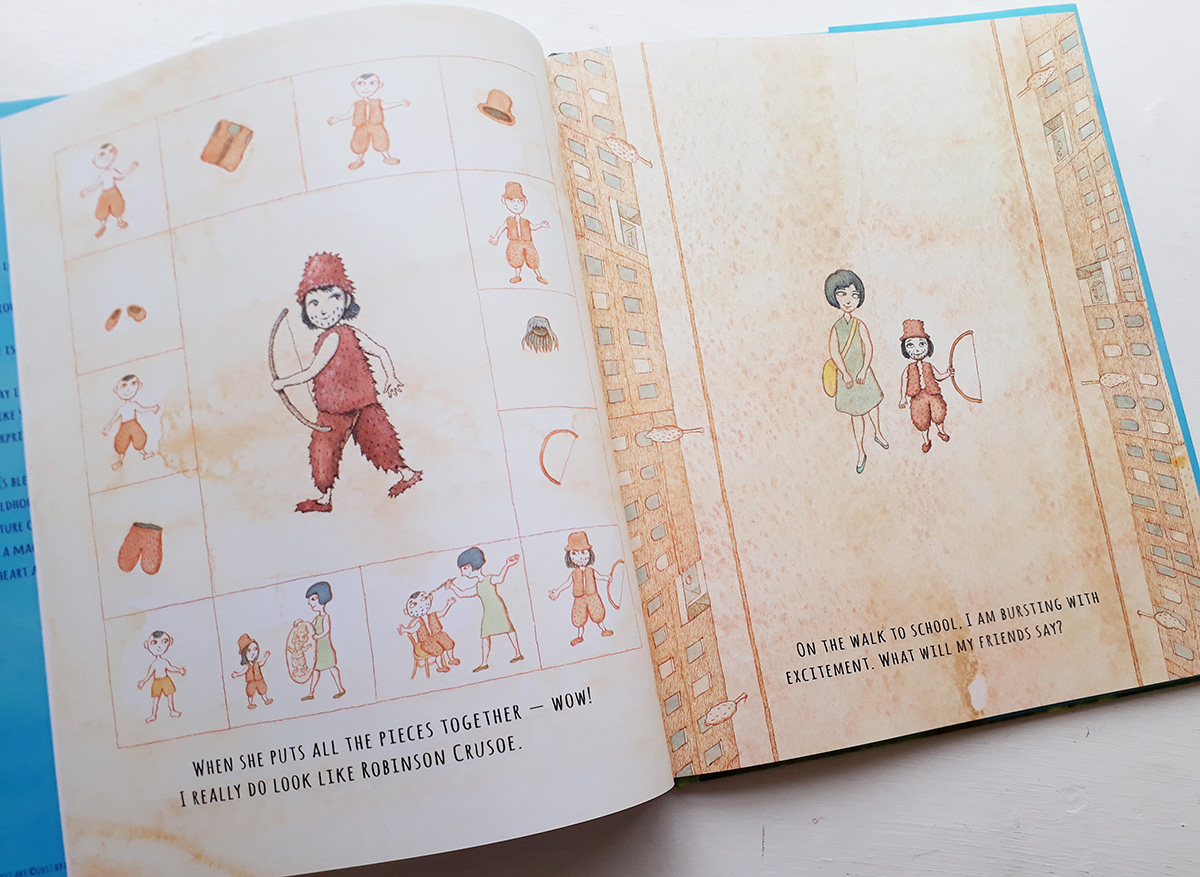 Sís delicately explores the idea of friendship amongst children and how emotions can flip from joy to despair because of an unwanted remark. There is a strong empathy for childhood within the text, as Peter describes his thoughts. Observation within both the subject matter and the illustrations, is of the highest order. The flora and fauna of the island, which dominate many of the pages, are suitably exotic. The variety within each image offers the reader multiple layers of interest. Goats, parrots, strange fruits and plants populate the page as Peter builds new friendships with the island’s inhabitants. 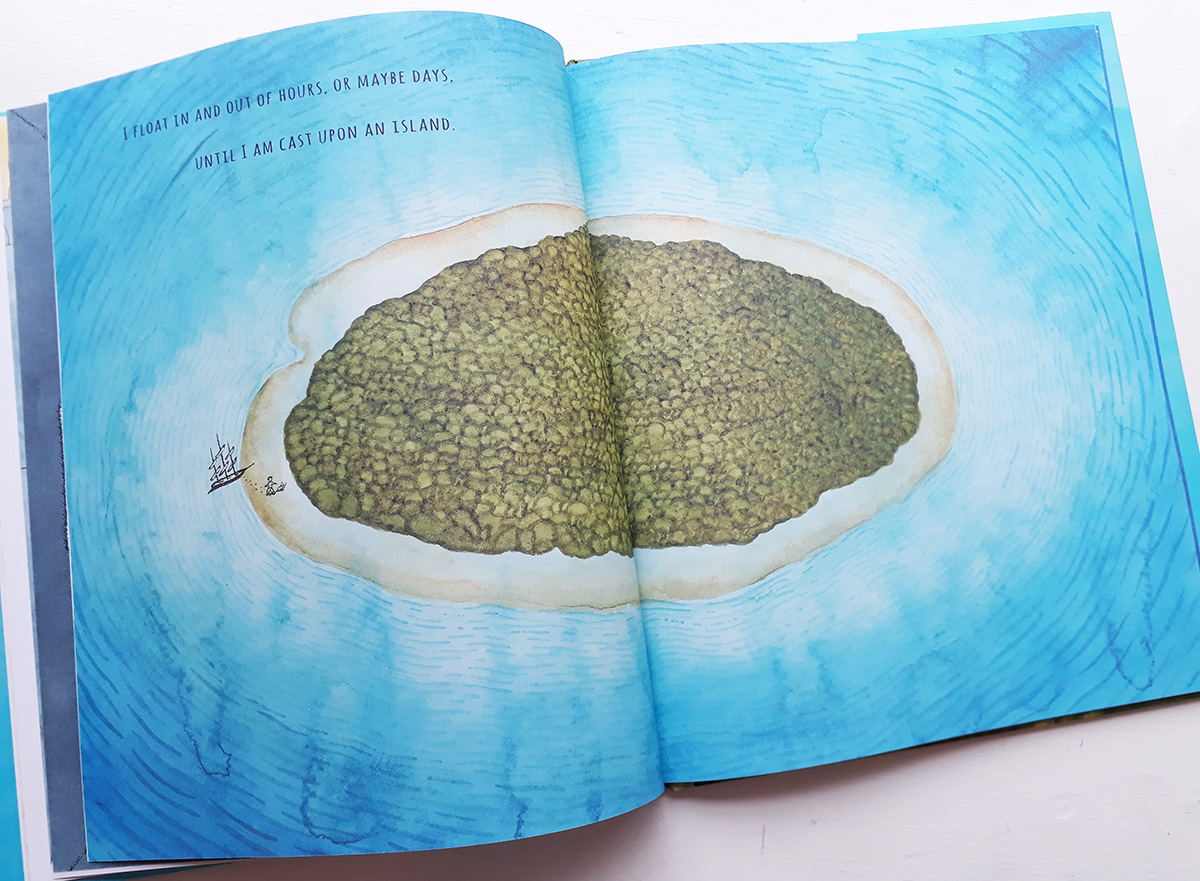 The balance within the narrative between the real and imagined gently shifts in a manner that compliments the sensitive line work and watercolour of the illustrations. Comparisons could be made with other classic escapism tales, such as Where the Wild Things Are. Sís sets Peter on a similar narrative trajectory in this story, and uses ‘the dream’ as the transition between worlds. This way of pacing the book offers much to the storyteller and Robinson is a fine example of how to illustrate the blurred boundaries of a child’s imagination. The act of escapism within childhood, whether that be literal or within play and fantasy is something readers will engage with. 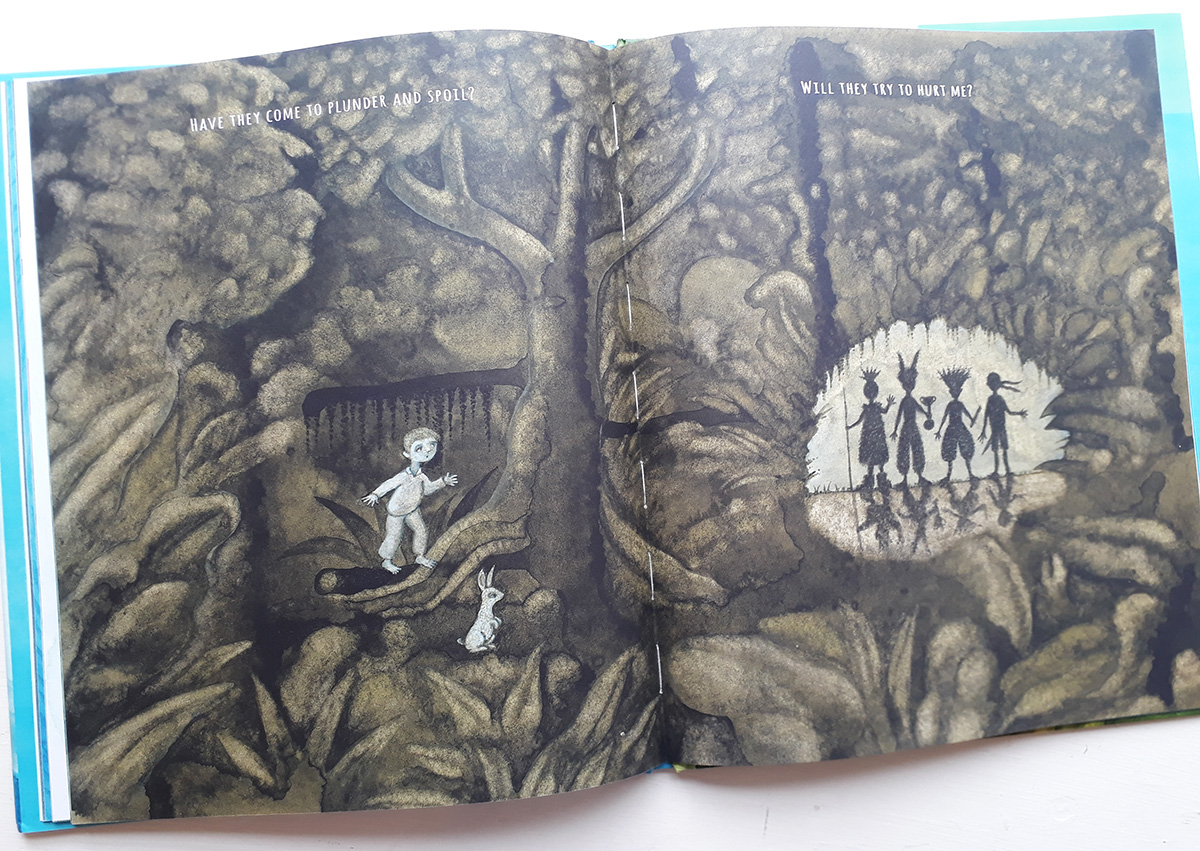 The variety of compositions within the illustrations are key to the success of this story. Viewpoint, scale and colour are explored with each page turn as Peter explores his different worlds. Sís employs innovative ways of conveying the passing of time, such as depicting an aerial view of the island, much like a map, with Peter shown in several different areas engaged with different tasks. He finds water, builds a canoe, even grows a fine vegetable patch! Peter doesn’t just survive on the island, he thrives. This adventure is a period of rehabilitation, where he repairs his dented confidence. 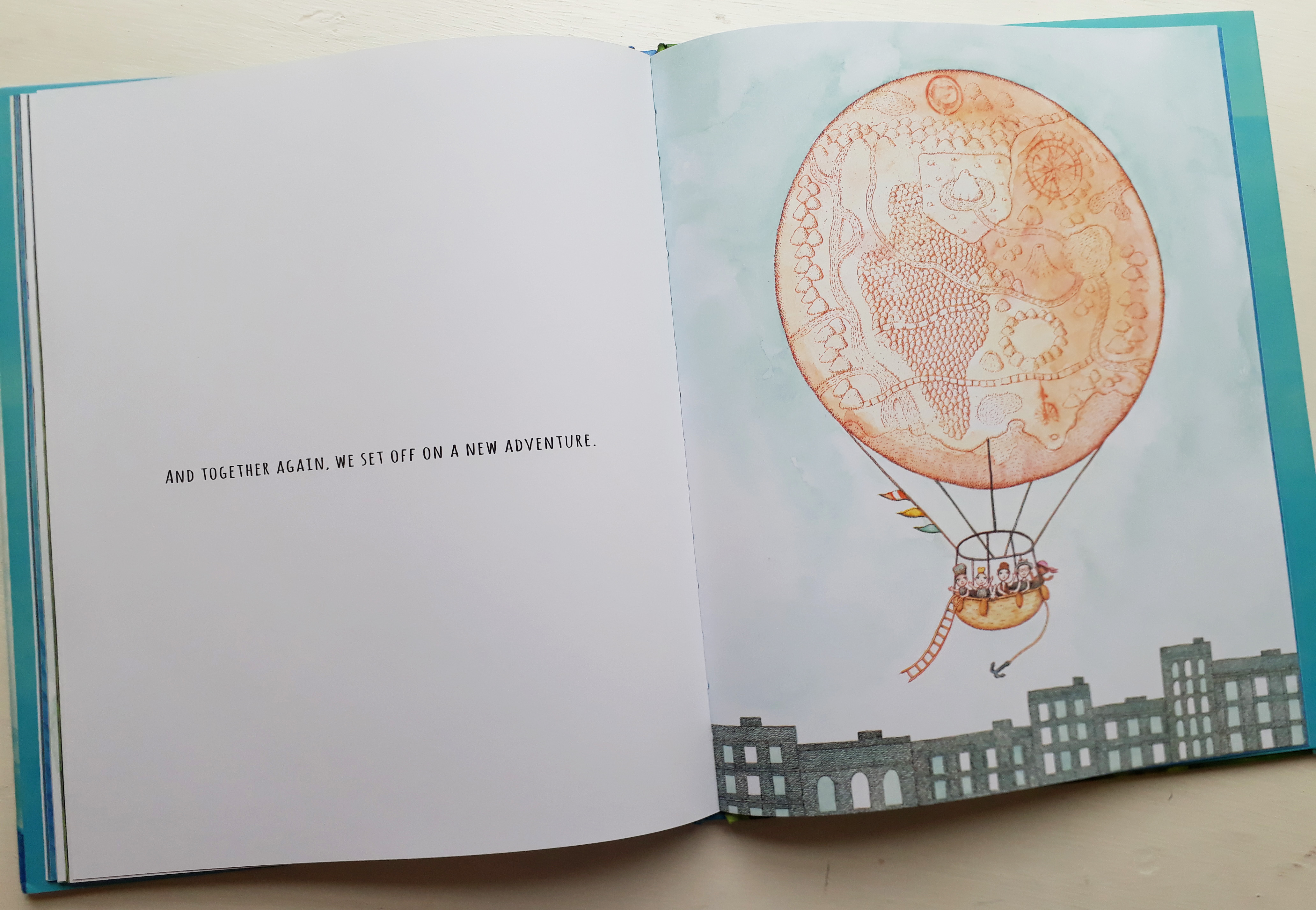 Peter becomes empowered by his experience, and mends his relationship with his group of friends (as children do on a daily, sometimes hourly basis). He then becomes the storyteller helping his friends go on new adventures. This book will entertain readers but will also act as an aid to parents in explaining to children the complexities of human relationships, perhaps giving reassurance that feeling shy or sad sometimes is normal and that being an individual takes bravery but can lead to a positive outcome.