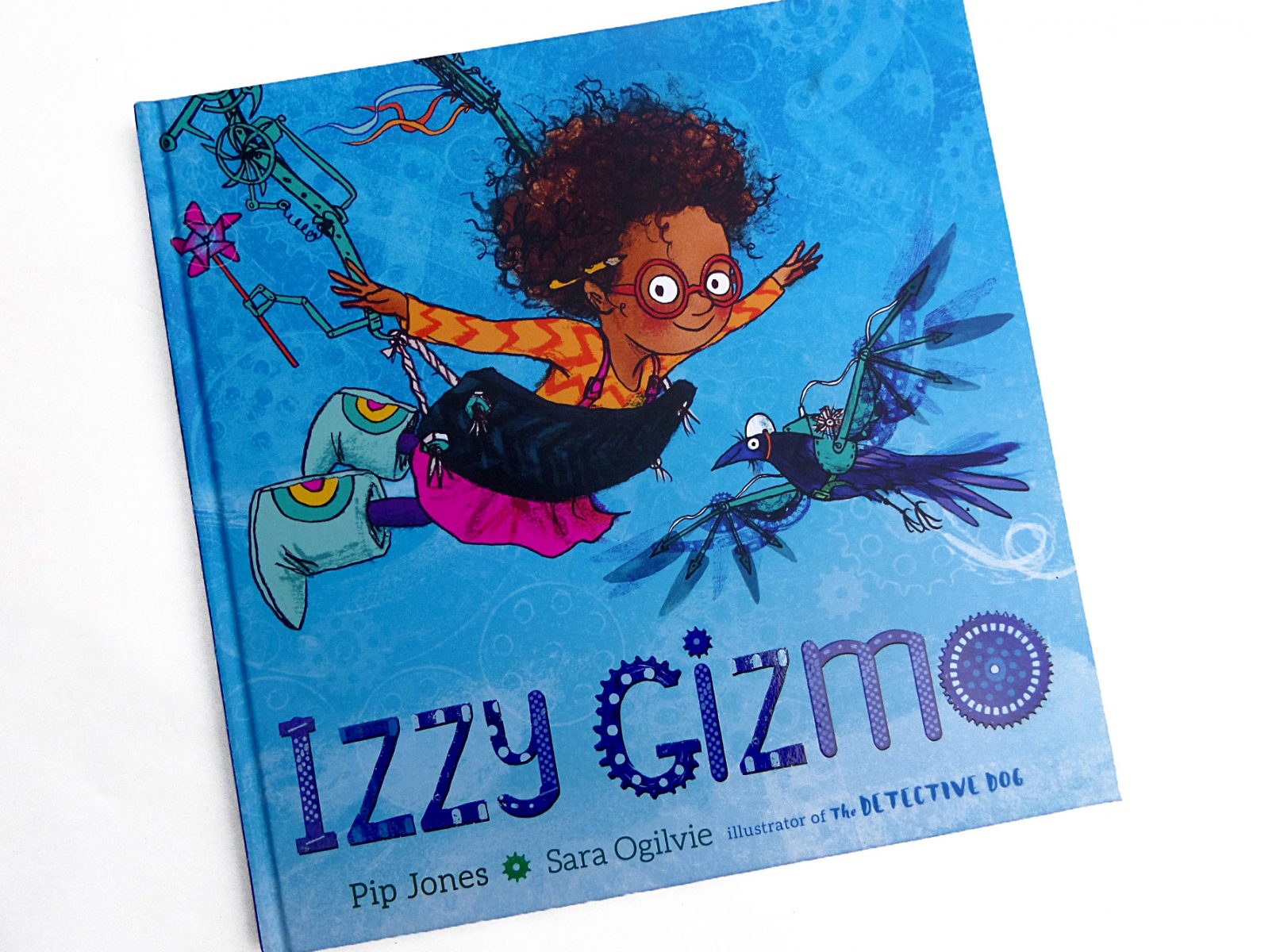 Illustrated by AOI member Sara Ogilvie and written by Pip Jones, Izzy Gizmo tells the story of a feisty girl who loves to invent. In this first adventure she discovers a crow with a broken wing and feels compelled to help using her special set of skills, but Izzy struggles with the reality of invention: it goes wrong. A lot. (And she gets very cross!) 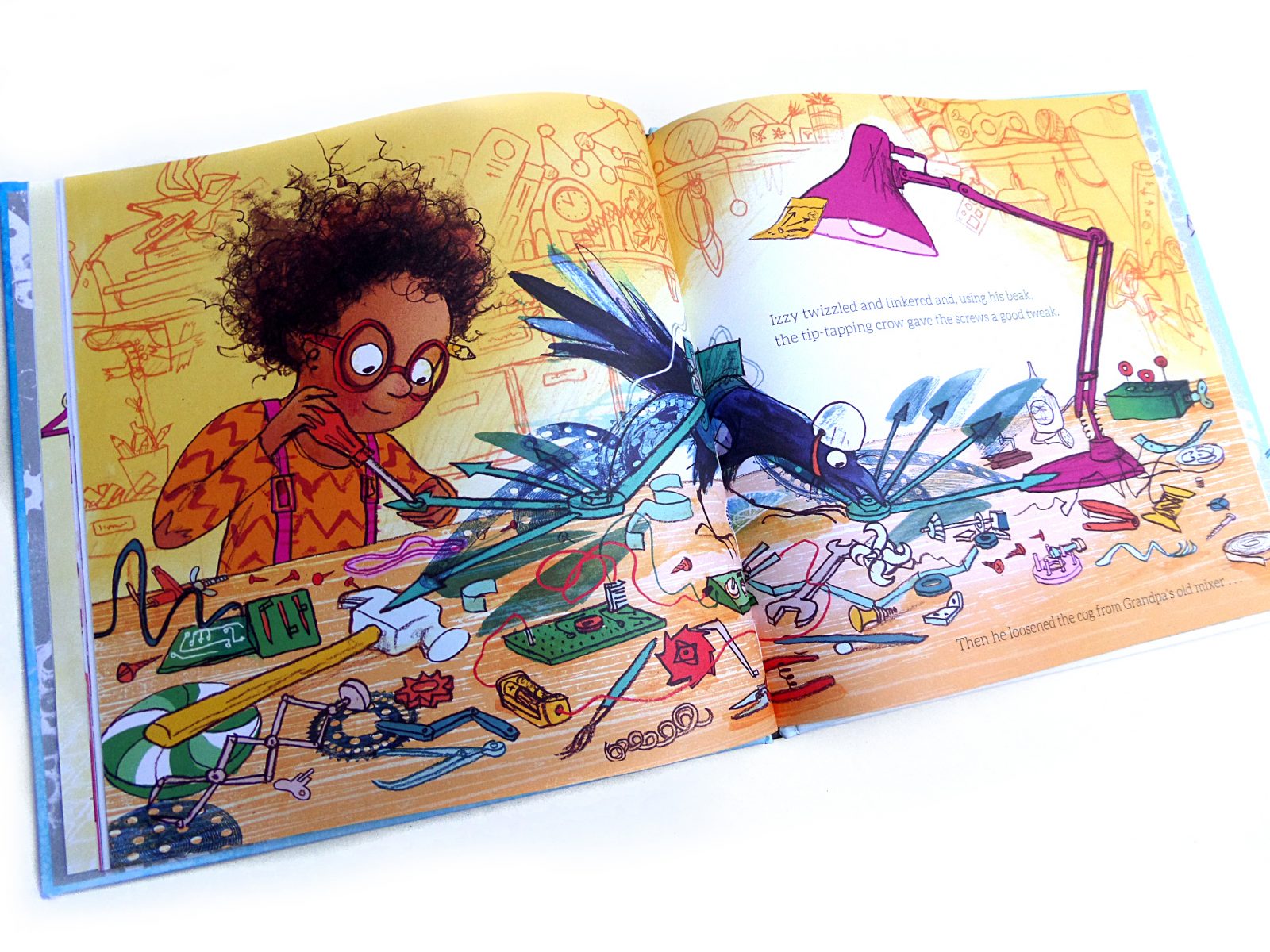 Sara Ogilvie’s illustrations are full of idiosyncratic details that will definitely keep children engaged. These are Michael Landy-esque constructions (and similarly self-destructive at first) fitted together with bits and bobs you will recognise from about the house. 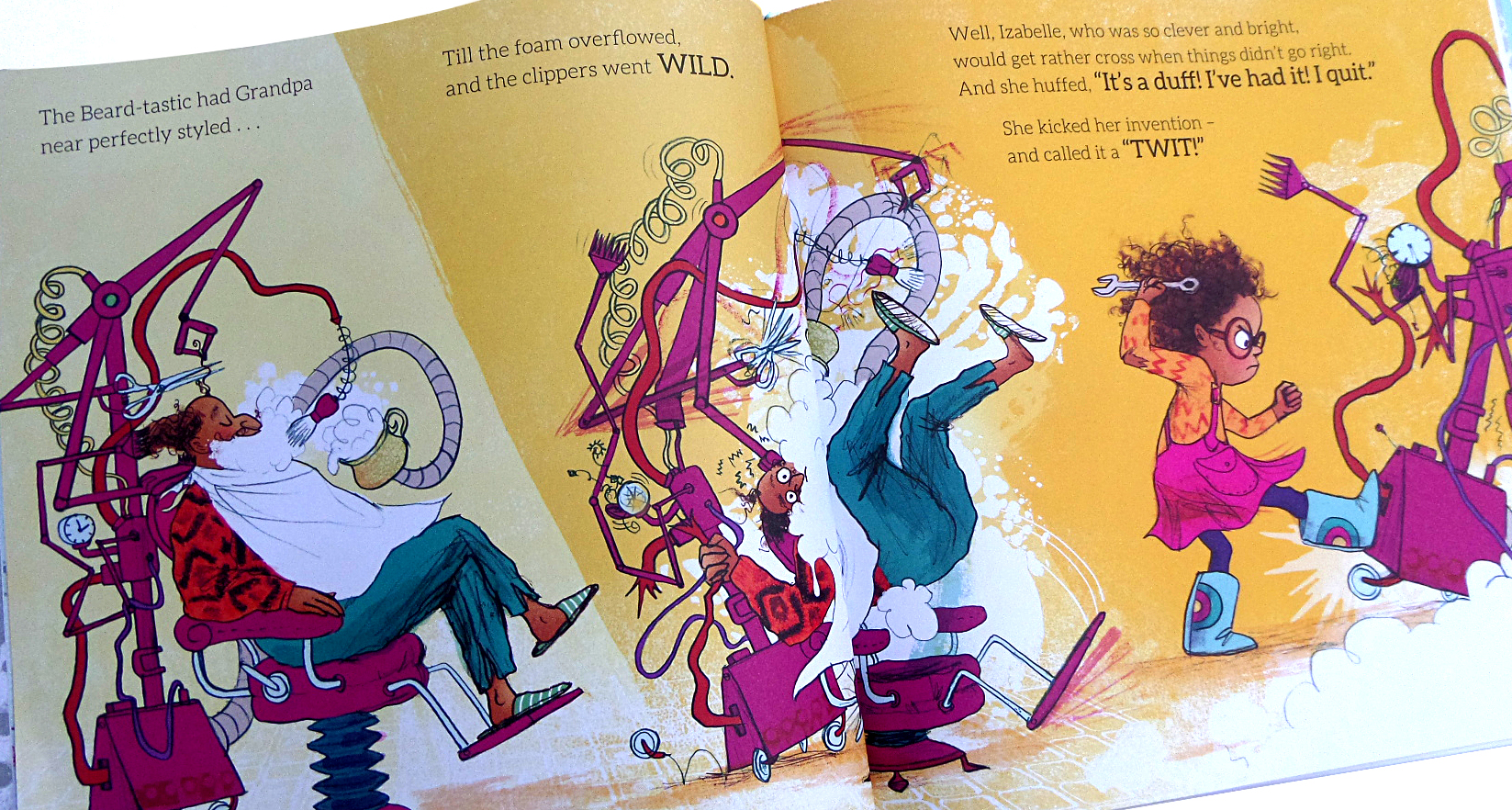 The moral of the tale is one of resilience, which is something to be admired. The main character being a child genius making things that don’t work is a nice twist on the archetype. It is also always warming to see diverse characters in children’s illustration and Ogilvie’s ability to bring each one to life so uniquely creates a cast of recognisable neighbours and families that children will definitely hope to see more of. This is the first book in what has the potential to be a successful series. 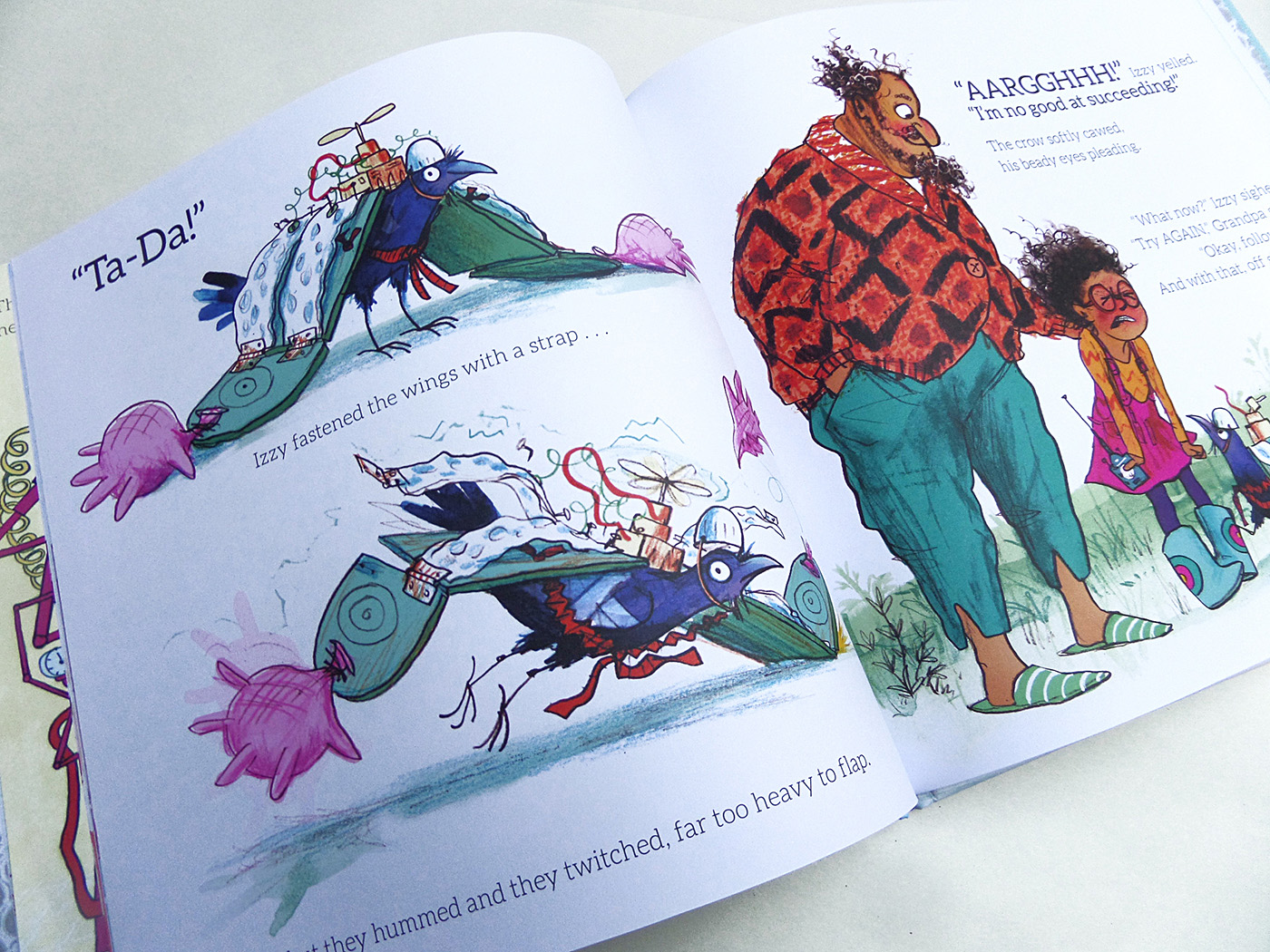