Amelia is the Subject Leader for BA and MA Illustration at Cardiff School of Art and Design, and host of ‘Pitch Illustration Radio’ on Radio Cardiff.

She talks to us about presenting and gives some compelling reasons why you might want to listen to the show..

“Pitch / Illustration / Radio is a platform for the Capital’s arts community to discuss their work, why it’s important to them and to consider it’s wider socio/political or moral impact. From students to internationally recognised artists and cultural commentators, P/I/R aims to encapsulate the wealth of artistic activity that makes Cardiff such a vibrant city.” 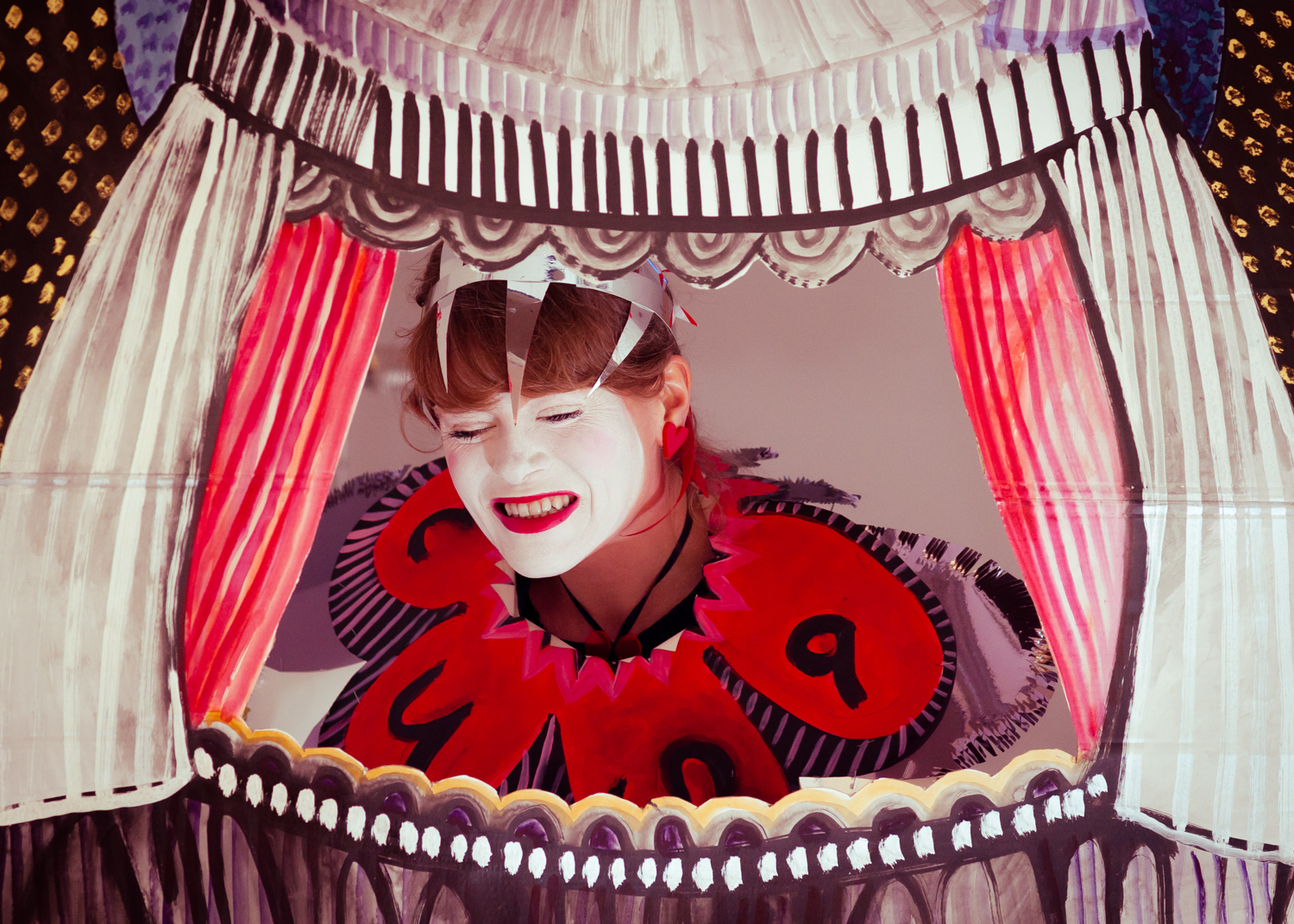 Please can you tell us a little about Pitch Illustration Radio. When and why was it set up?

Radio has always been with me and for as long as I can remember I have been absolutely passionate about it and its power; specifically ‘talking radio’, like Radio Four for example. As a child I found that the radio experience influenced my memory, helped me to work and, poignantly developed a sense of my identity through memory particularly driving to and from boarding school with my dad in the car listening to radio, and the radio plays as part of journeys. I am sure it is part of the reason I became an Illustrator.

What I find most interesting about radio is that it is an encounterable art form; like illustration, we not aware of what is going to happen next, we are not sure when we are going to hear it, or what we are going to hear. We aren’t even necessarily invited into that conversation. I often describe Illustration as sometimes things that graze on your eyes, you can’t help but have some kind of participatory role in – radio is very similar in that sense.

The Radio Cardiff Show came about nearly three years ago. Fellow lecturer Chris Glynn introduced me to Richard Huw Morgan (Cardiff Radio Arts Host) who was then thinking of giving up his programme. The following week I appeared, enthusiastically, on Richard’s show, then known as ‘Pitch’. And there were then a few weeks where he couldn’t host the show, so he asked me, and some students; and thus, almost by chance, Pitch Illustration Radio was born!

Leading on to the second question, you have had a quite a few regular hosts on the radio. Can you tell me a little about the presenters involved?

Osian was one of our first ever guests on the show, he was really fantastic talking about his work which is really kind of dark, comic work about society and societal problems. His enthusiasm for language and poetry and storytelling led me to call him in next time Richard wasn’t able to do it. It became a regular thing Osian as co-host and together we learnt how to use radio technology.

Jamie similarly came from his mock viva voce (spoken presentation). I thought, this guy is intelligent and articulate and talks about their work in a way that builds it in your mind. James Cox came on after his degree show and discussed his work, again beautifully articulate. All enthused about, not only illustration and storytelling, but for the Cardiff Arts Scene, developing the future for Cardiff and the Arts and how to make connections and bring people together.

Radio Cardiff is a community radio station, community is an important part of it, and one of the fundamental parts of this is that illustration is for the every person, not specifically an arts audience. Unfortunately many people think that illustration is colouring in, so there is a whole community of people that can tune in accidentally and maybe benefit from that new understanding, but more importantly from the communicative subtle powers of radio and illustration.

“The programme contextualizes illustration and radio as encounterable art forms, inviting the audience to work as participants, connecting and empathising and developing understanding.”

We cover lots of different topics and areas; it varies, sometimes its controversial, sometimes its not about illustration or illustrators, and sometimes that’s very important, because more than being about promoting illustration it is about developing images and therefore memories in your mind. We discuss politics, social issues, things which illustrators respond to. The programme contextualizes illustration and radio as encounterable art forms, inviting the audience to work as particpants, connecting, empathising and developing understanding. 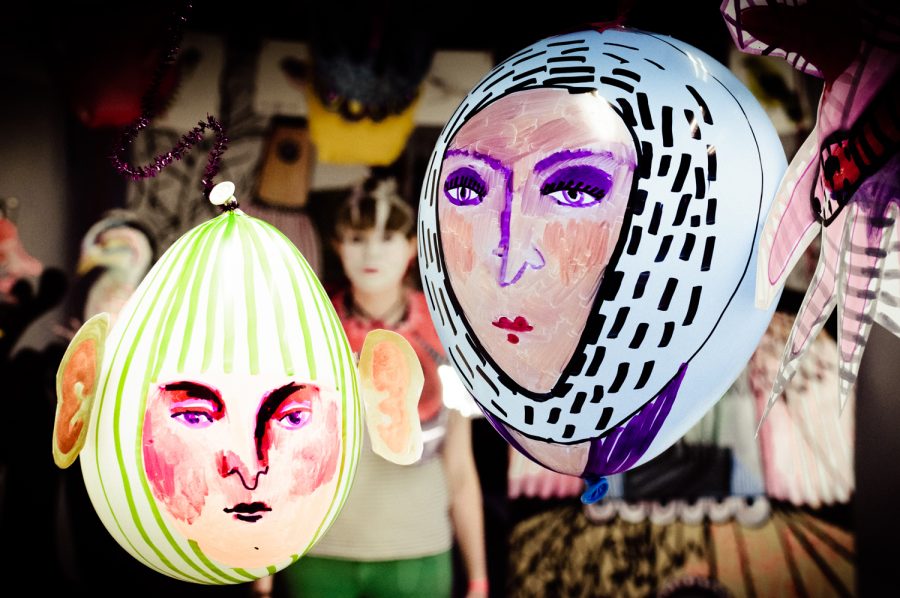 Why might people beyond Cardiff and Wales wish to engage with the show?

The programme is about content. With radio you can listen anywhere, for example, in a submarine somewhere – it can really be anywhere the place where the radio is heard is as relevant as where it is broadcast from. I have always thought of radio as strangely site specific to the listener, the radio compounds a memory because of when and where you heard it. We have a mixcloud and we get really diverse hits from strange places because people are interested, and it’s not just about people being interested in Wales or Cardiff although we think it is incredibly important to celebrate Welsh culture and language, it is essentially a really diverse arts programme.

We invite visiting artists or illustrators or musicians or writers or playwrights who may be in Cardiff for exhibitions, performances or shows. The world comes to us and we take the world out there. People outside Cardiff love to listen to it.

What could an Illustrator or similar creative learn from listening to the show?

I think you learn that you are not alone, that’s one thing that’s very important. Illustrators are often very isolated. Although I’m able to say lots of things now, actually being introverted is part of that, and wanting to express things in particular way. I find for me as an Illustrator and a lecturer, I am able to offer my hand out to many more people through the radio than I might have been able in other places and other ways. The radio is a platform to talk about your work if you would like to, it’s a way of joining in a conversation. And because you don’t have to ‘show your face’, an Illustrator is a bit like a puppeteer, you can put your puppets/illustrations up and ‘ventrilloquilistically’ you can have a voice that you might not necessarily have otherwise.

It is important for any creative person to know that there are places where people are talking about your work. But more importantly as communicators the content of the work in a valuable way, contextualised by society. Not to see it as something that is separate to what’s happening in the world, but something part of it. 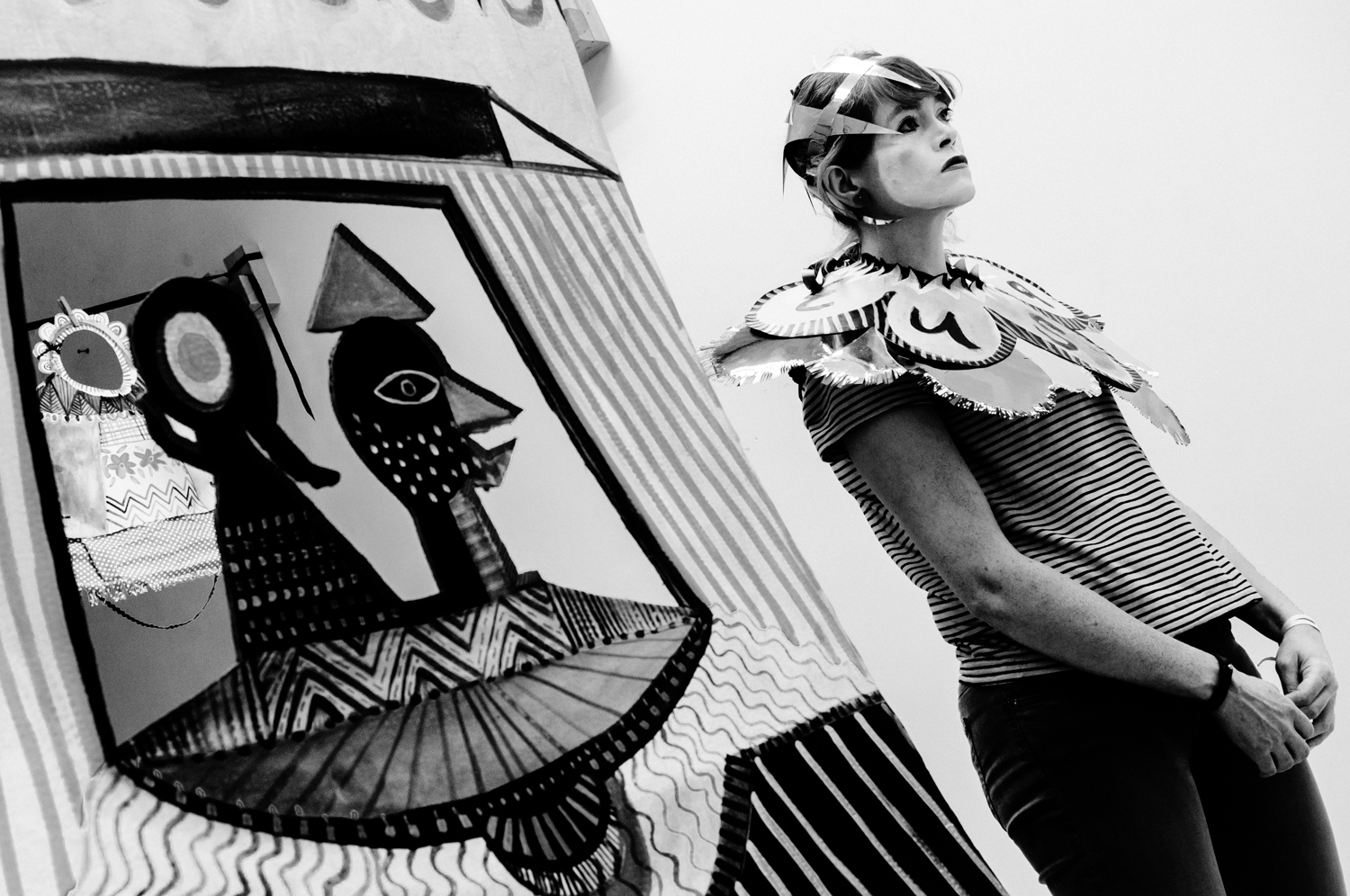 Where do you see the future of Pitch Illustration Radio?

“The more the arts scene grows, the more important it is to have those kind of radio programmes. It would be nice to have more than one.”

Pitch Illustration Radio, as part of Radio Cardiff, I see a legacy which is building. I imagine that Osian and Jamie and James will move on at some point and new hosts will come in and it will be part nurturing of graduates and undergraduates as they learn. It gives you another skillset, which is a very important one. The more the Cardiff arts scene grows, the more important it is to have those kind of radio programmes. It is notable on Radio Wales there’s only one very short arts show radio programme for half an hour a week and our show is a full hour. It would be nice to have more than one programme, we hope soon to have a university broadcast too through Cardiffmet radio. The meeting is in January, so watch this space!

Being at Radio Cardiff is brilliant because you are already part of a wider community and you’re already spreading that word. And we’re getting more well known and people do want to come on and talk about their work. The future of it at the moment is very bright and the future of radio? It’s thankfully thriving.

You can listen to previous recordings of the programme online on the Pitch Illustration Radio Mixcloud or tune in Thursday nights to 98.7FM.