Written by Brigitte Minne and translated by Laura Watkinson

“Rosemary the fairy lives with her mum in a castle in the air with golden turrets, for her birthday her mum gave her a magic wand, a stupid magic wand.”

To see first hand how a younger audience might engage with this new book, I sat with two young readers after school, before bedtime. Confident Cassie is 7 years old, and currently cast as Alien No.3 in her Drama class at school. Her sister little Indie is four and simply loves PE. 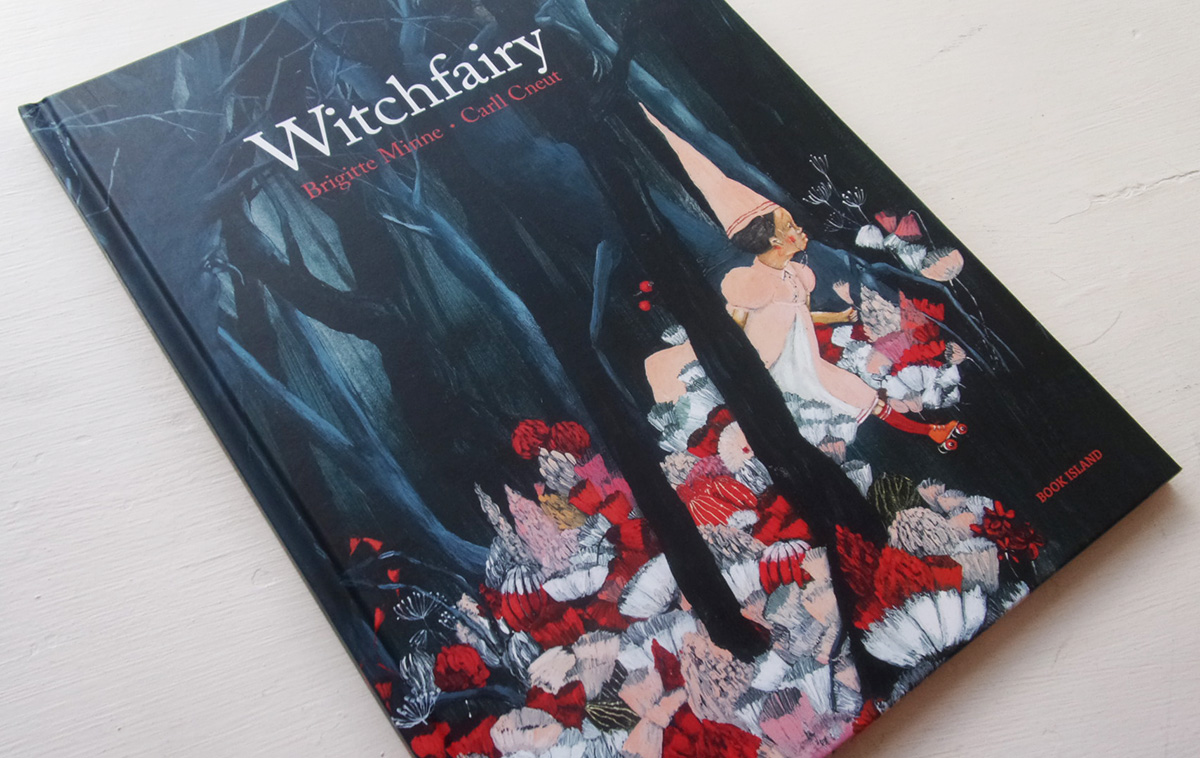 OK, let me guess, is it about a witch who is a fairy?  says Cassie.

Yes it is, but so much more!

The main character Rosemary dreams of becoming a witch (not a fairy) after a conversation with her mother, and she leaves to explore the witches wood against the wishes of the fairy family. Rosemary courageously explores the dark woods beyond the fairy castle and has an adventure filled time in the woods.

The writing is funny. I’m like Rosemary. Indie particularly likes the storytelling and the characters cheeky dialogue. 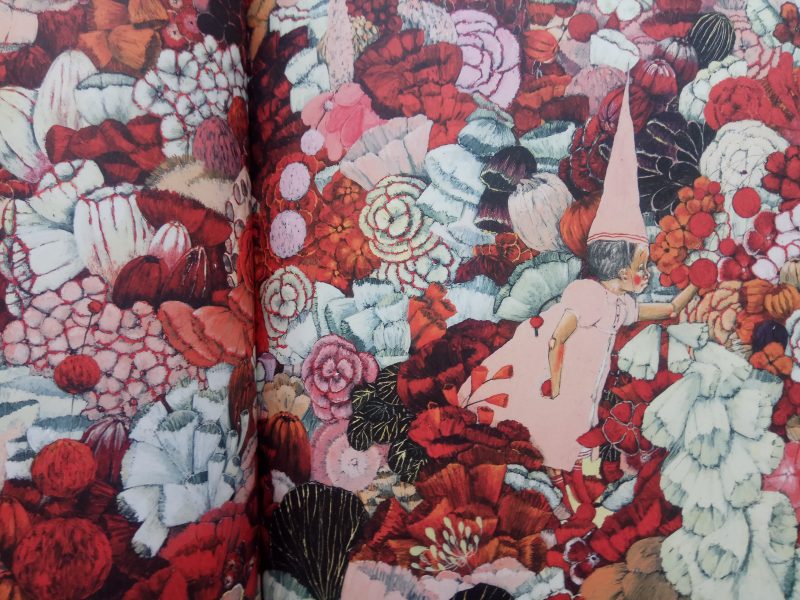 They don’t look like what you expect fairies or witches to look like, Cassie importantly noted – with a long frilly dress, sharp elbows and a tall pointy hat.

Together we admired the contrast of colour and layout in this book. Working with a limited colour palette, Cneut’s pinks and reds particularly appealed to these girls, adding a contrast of lightness and femininity to the otherwise dark and seemingly uninviting illustrated places our character explores.

Compositionally no two pages in the book are the same, holding the girls interest, making navigating through each page interesting for both young and old readers. 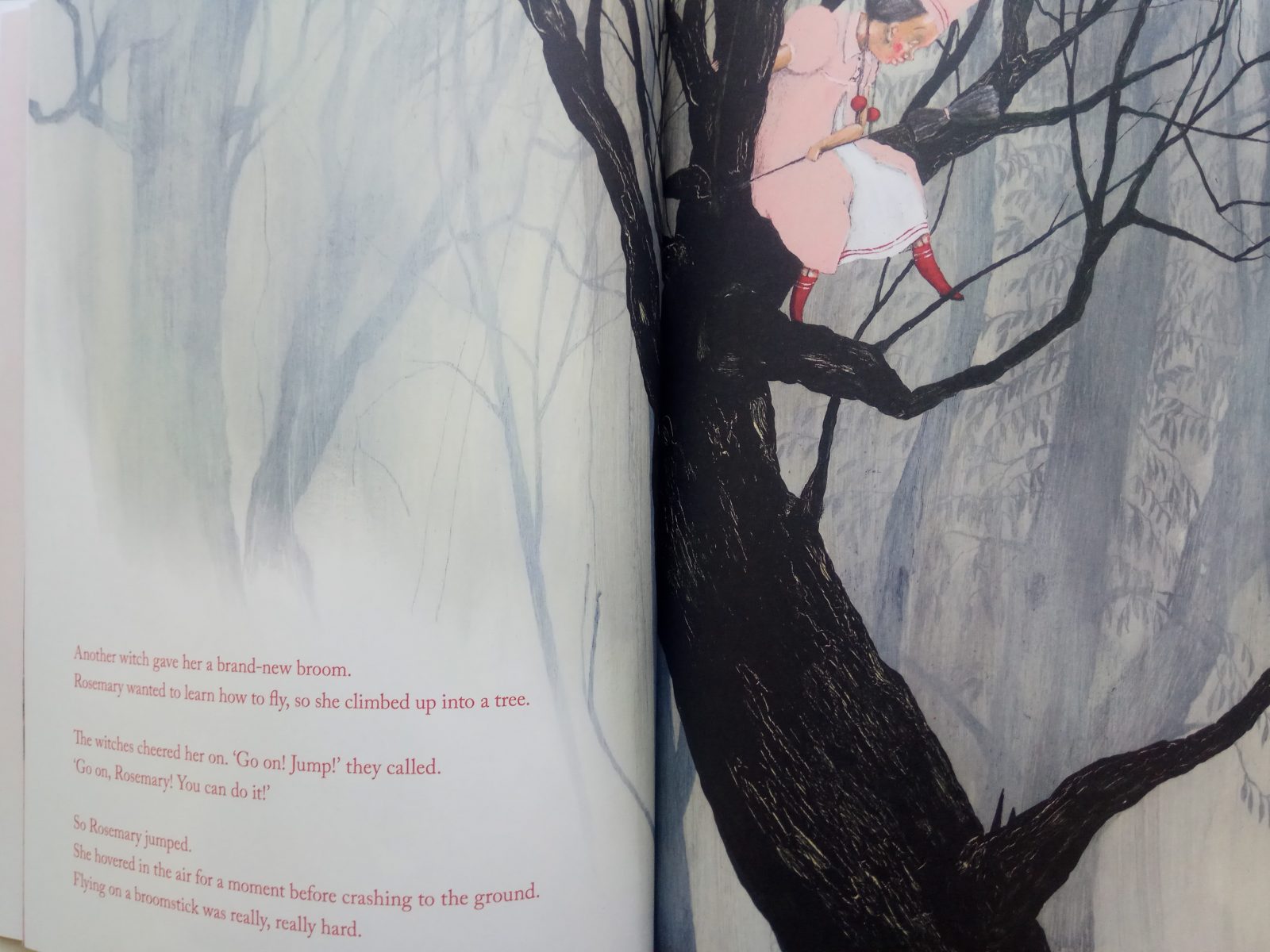 To conclude, the story is visually stimulating and includes important morals on choice-making, self discovery and finding confidence to go your own way. And it should be said Cassie, Indie and I would happily read this all over again.