A lot of my work involves telling a story or making a statement by parodying a very recognisable visual language. I’ve always been amused by children’s books from the past, and the hysterically saccharine world they portray. A few years ago I found a children’s ABC book from the 1970s in an antique shop in Wiltshire. I’d had the very same book as a child, and it was fascinating for me to revisit this innocent illustrated world as a cynical adult. I immediately wanted to create my own version, painted in the same innocent style, but with the childlike words – Apple, Dog, Queen etc twisted into sinister adult themes. 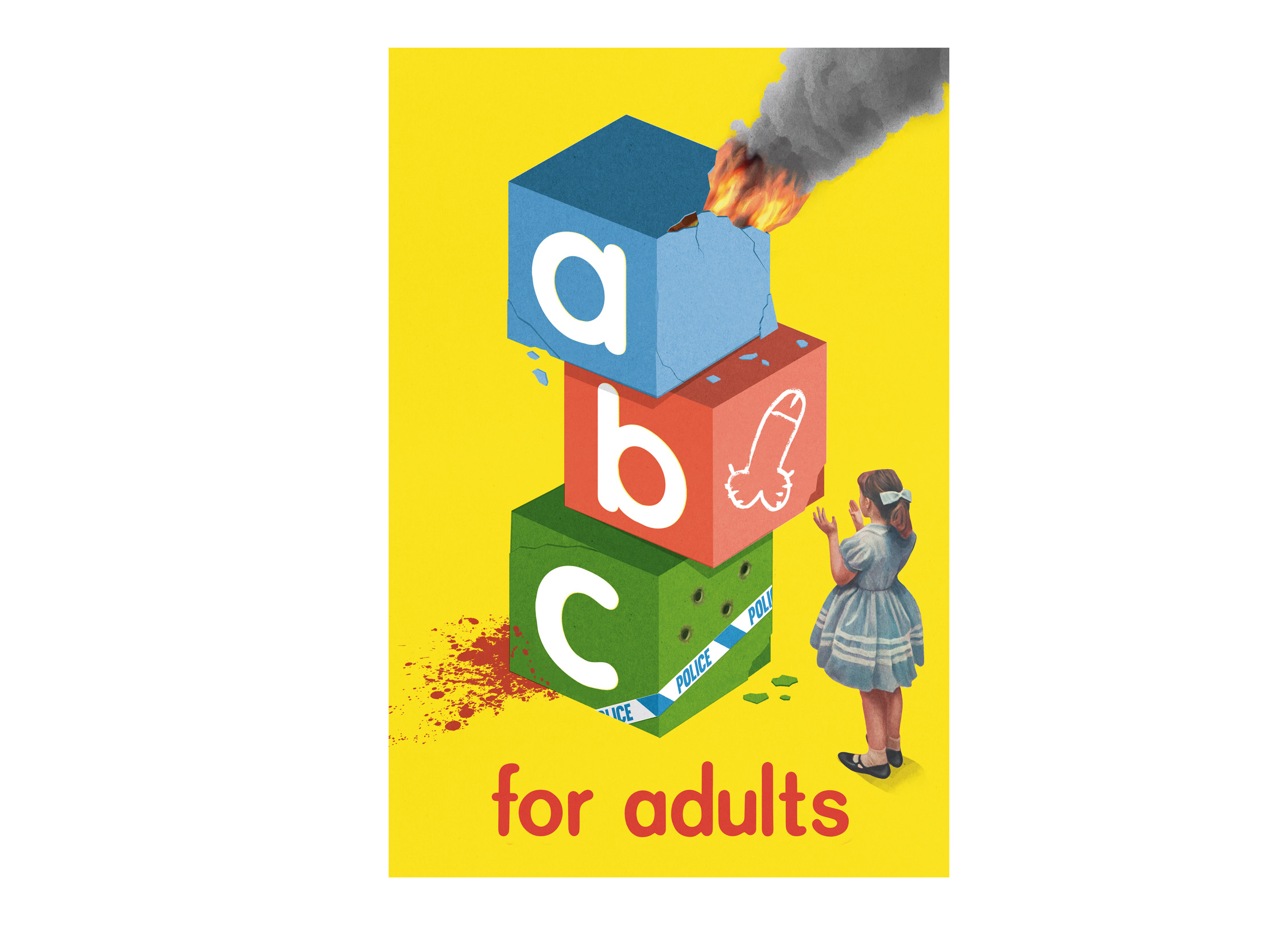 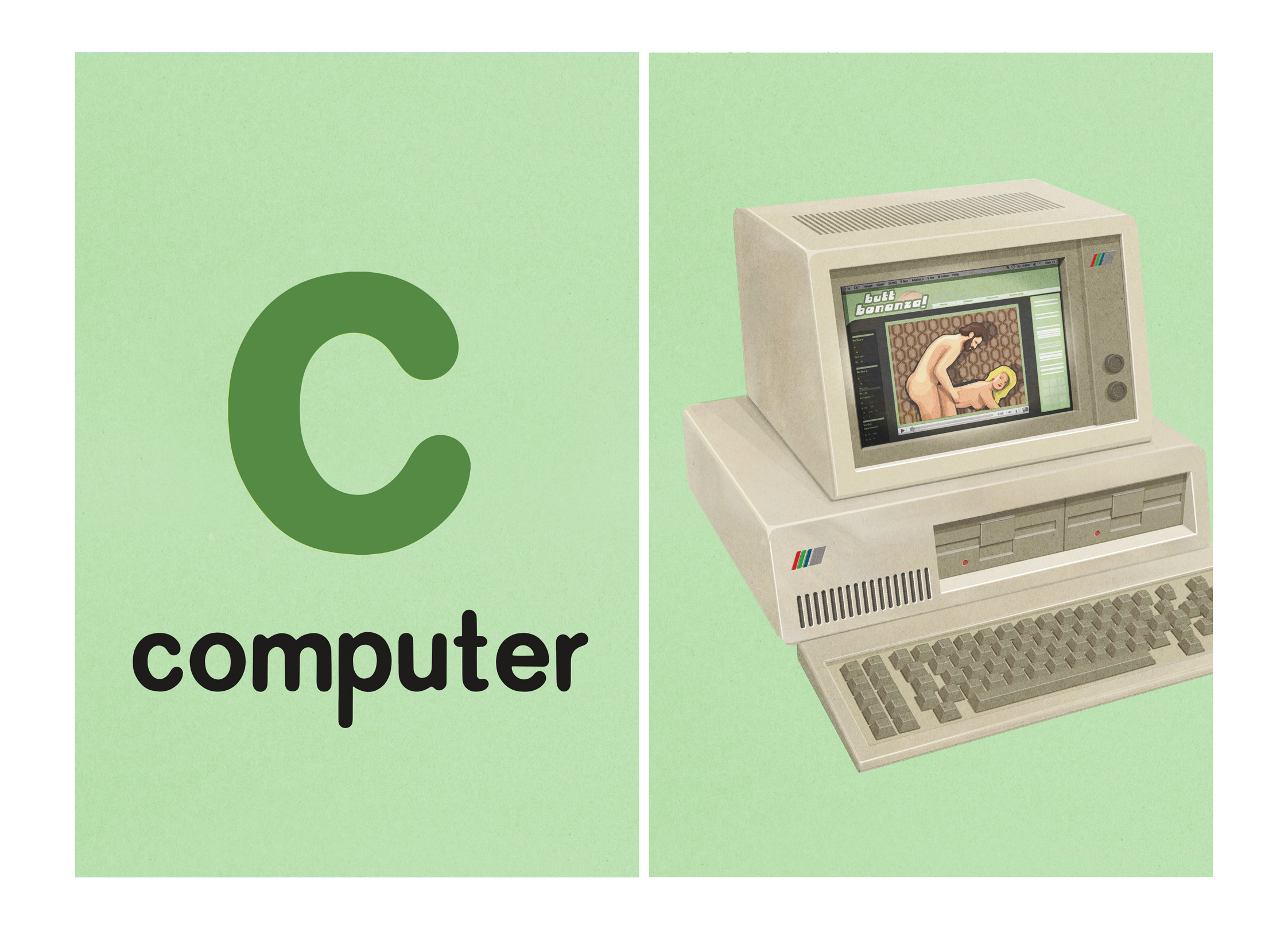 I wanted the book to be more than a simple throw away gag. It’s true that some pages are just funny, but others cover serious themes: terrorism, animal cruelty, the way disabled ex-servicemen and women are treated etc. Getting the book published in the UK has been difficult. Two well known British publishers said they would love to do the book if I changed some of the images. Most notably the Queen image and the one showing a disabled and homeless Iraq war veteran. They were afraid of the negative publicity they might receive from the press and online. 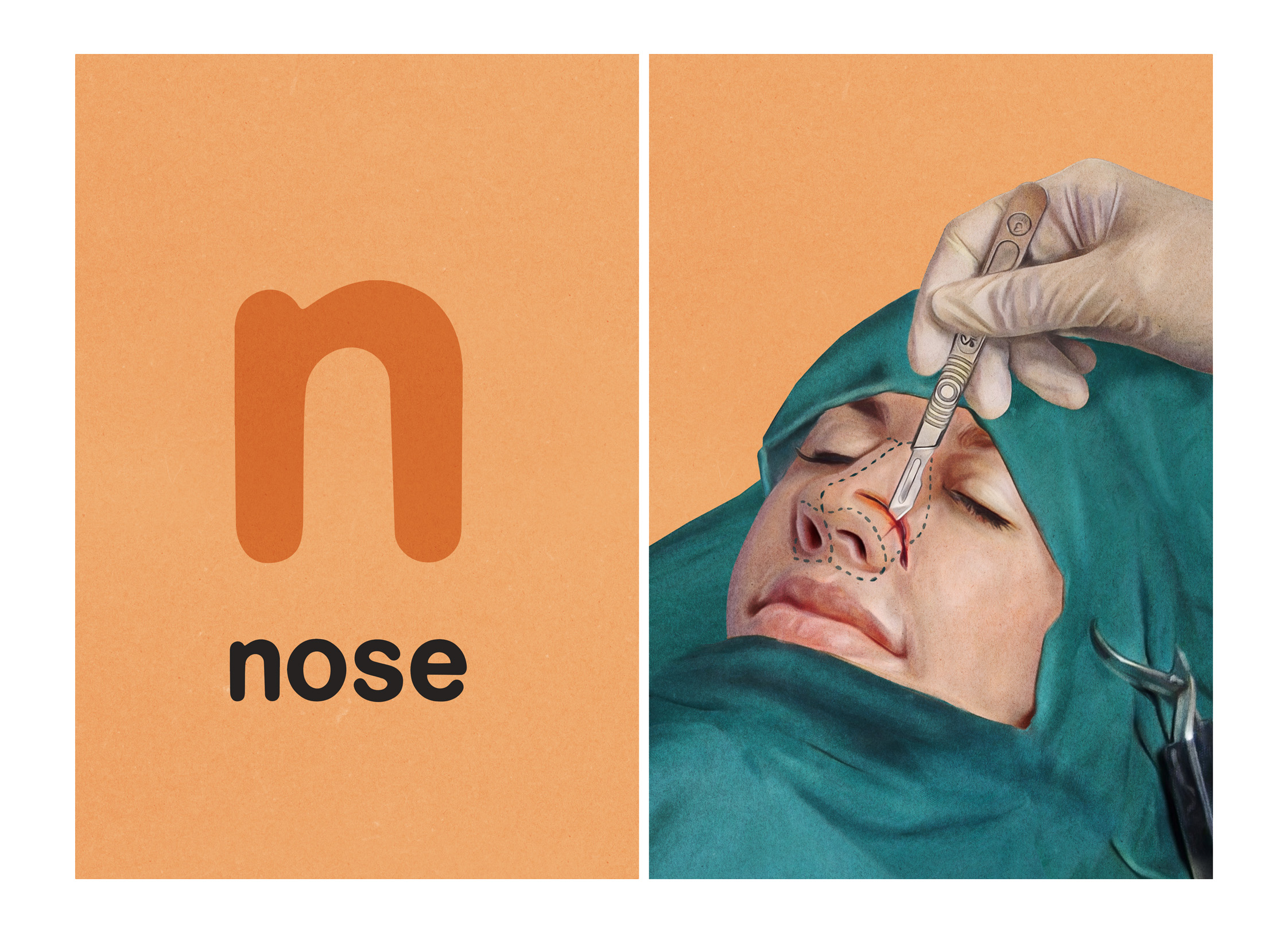 I wasn’t at all interested in creating a watered down version of the book, so I decided to crowdfund the UK version myself via Unbound. They are great because they are willing to take risks that traditional publishers aren’t. The book has already been published in France by Ici Meme and is soon to be published in the U.S. We like to think of ourselves here in Britain as champions of satire and a place where we push boundaries, but it’s surprising how conservative we actually are. Brands/companies seem especially terrified of offending anyone, and in an age of instant shaming via social media, this paranoia is heightened. The French don’t seem to suffer from this affliction. Satire is woven into their national psyche, and so working with Ici Meme on the French language edition was extremely refreshing. In fact they actively encouraged me to make the book as weird and anarchic as possible. A lot of the letters also had to be switched round make sense in French, and I had to draw a few new illustrations. 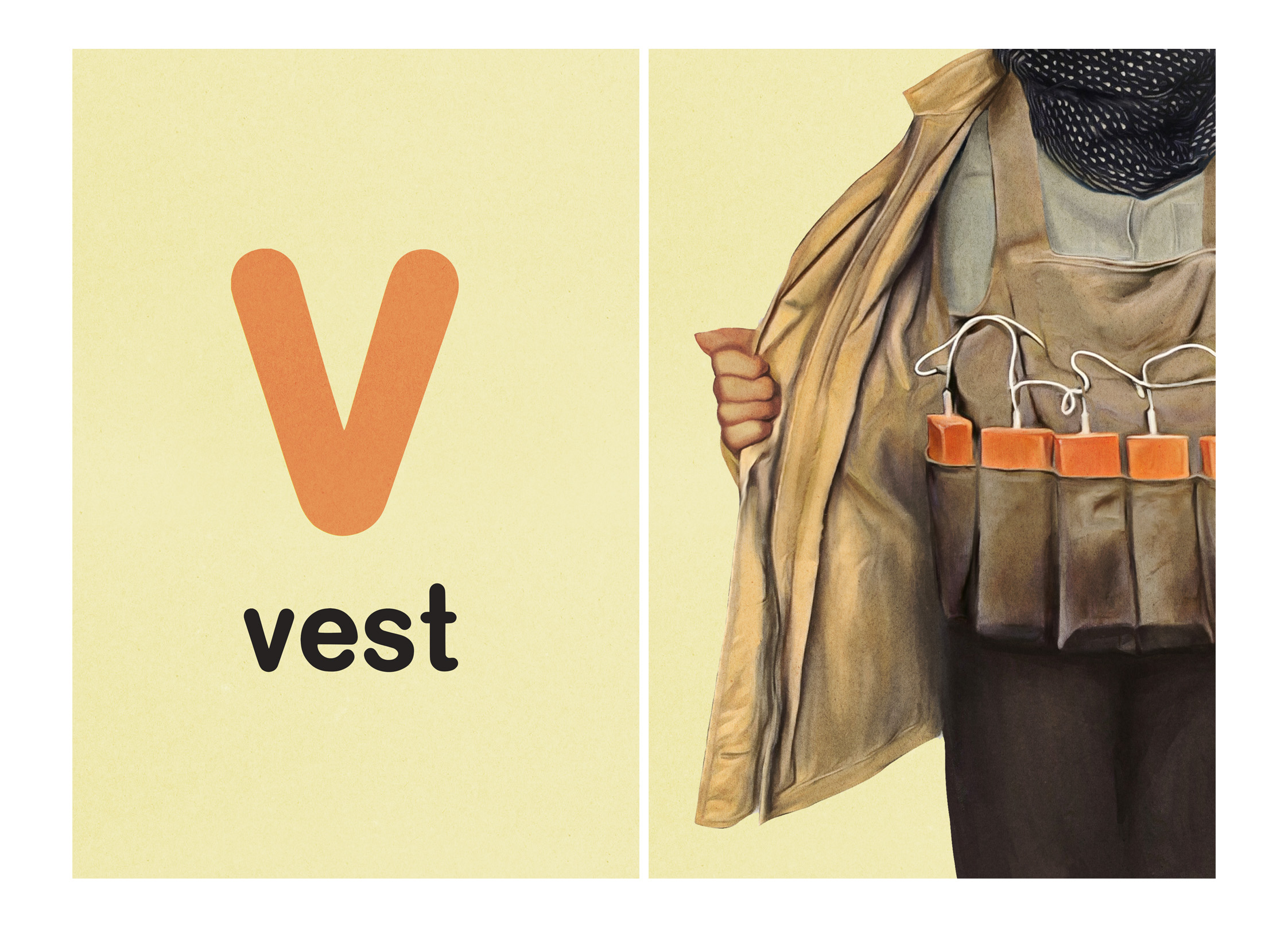 The film I created to promote the crowd funding campaign was made with the help of my brother – filmmaker Leo Leigh . We wanted to create something that had the feel of a really depressing public information film from the 1970s. The bleak voice over was brilliantly done by actor Clive Francis. 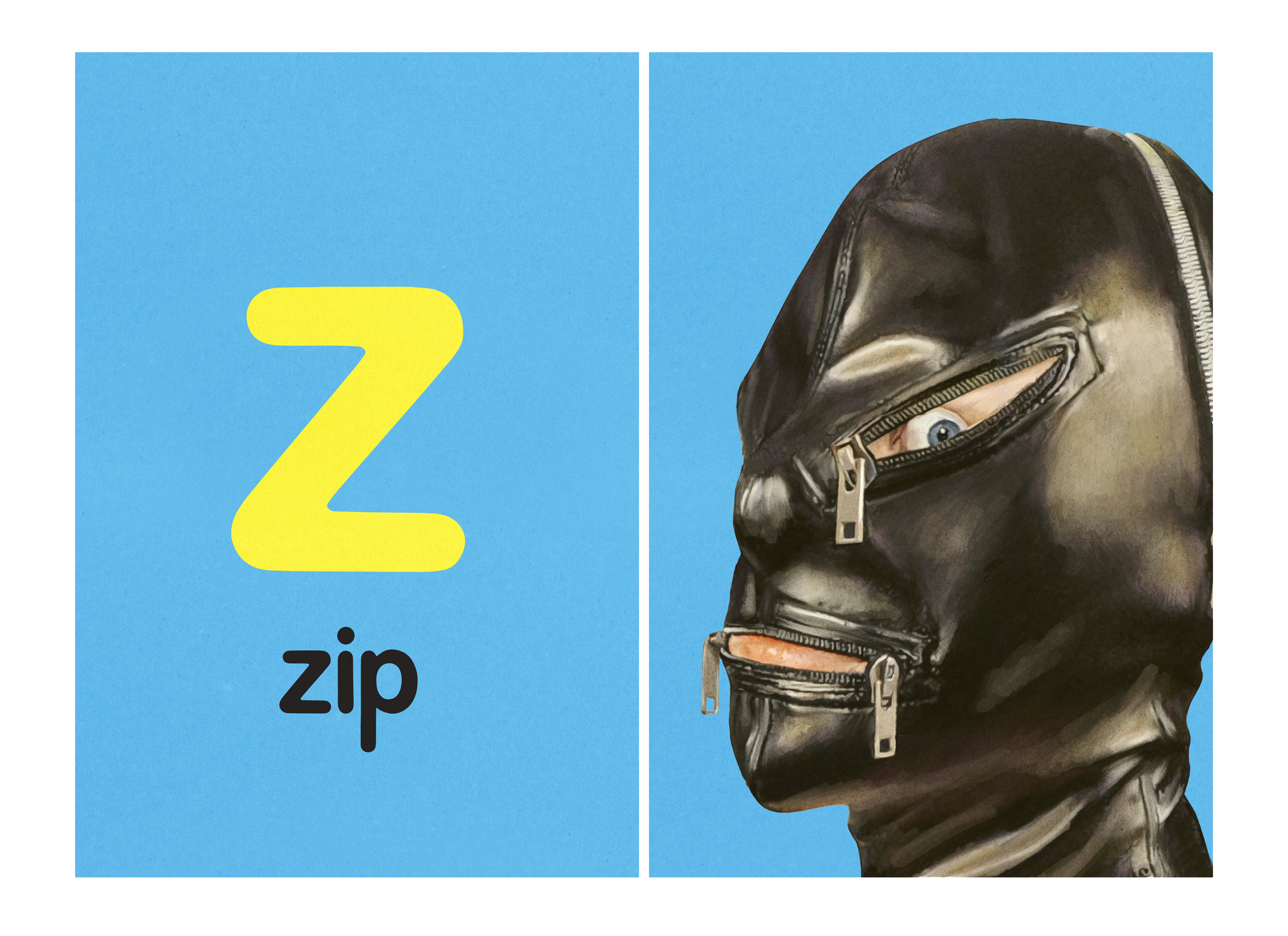