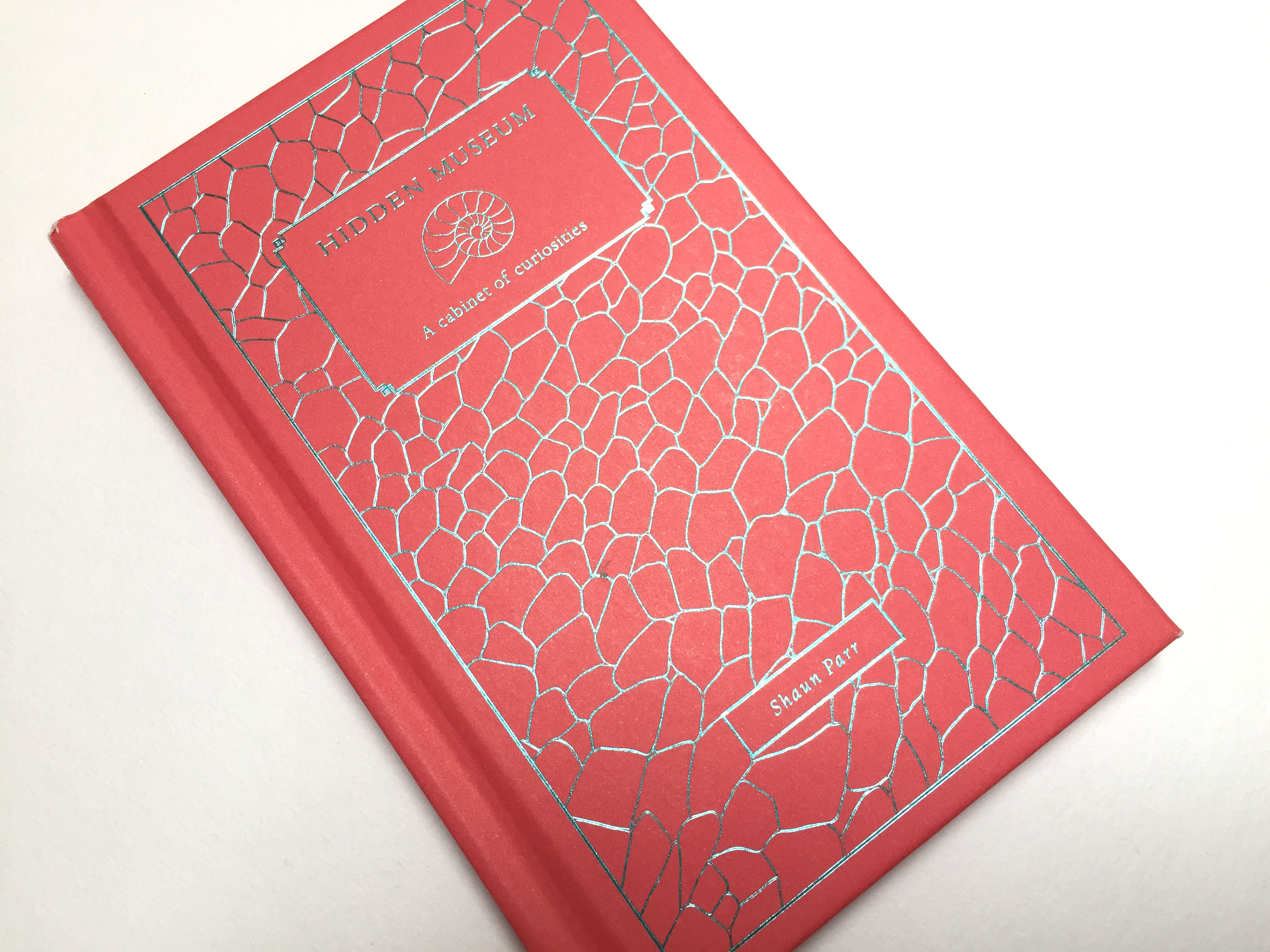 Hidden Museum: A Cabinet of Curiosities is a beautifully curated, intricately illustrated collection. The book itself is small enough to fit in a big pocket and has a dash of luxury in its silver foil details on the cover. 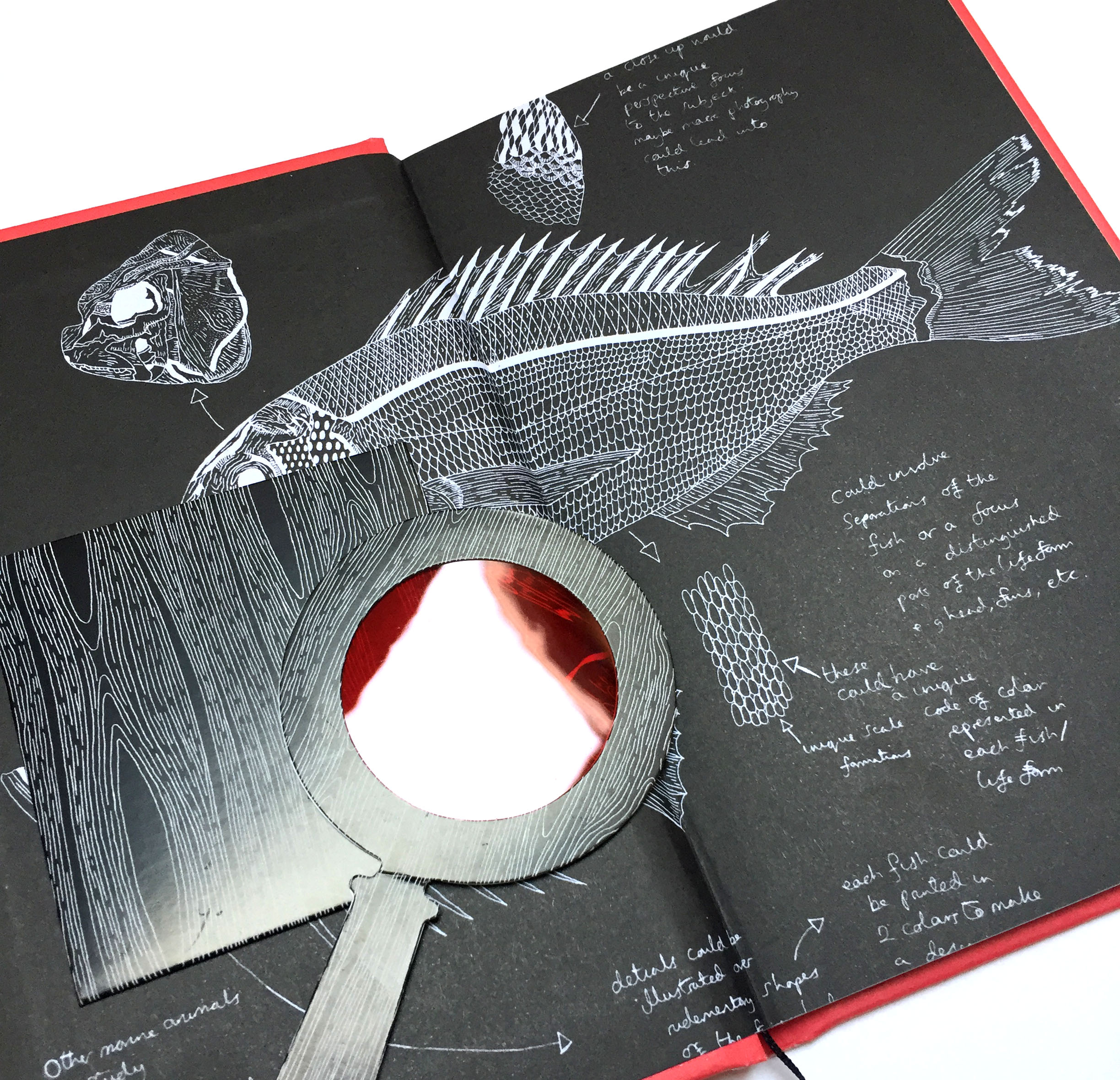 Inside the cover, a surprise lurks. You get your own little cardboard magnifying glass-style red cellophane viewer. This is where the magic happens! Take a look through the viewer and the illustrations offer up the secrets you can’t see with the naked eye. Coupled with the concise paragraph of information on each facing page, with facts about the object, you feel like you’re on a private guided tour of a fascinatingly eccentric museum.

I caught up with Shaun Parr to talk about the book and his drawing process.

Shaun: When an idea came into form I would start with sketchbook pages (which in this case became the endpapers), 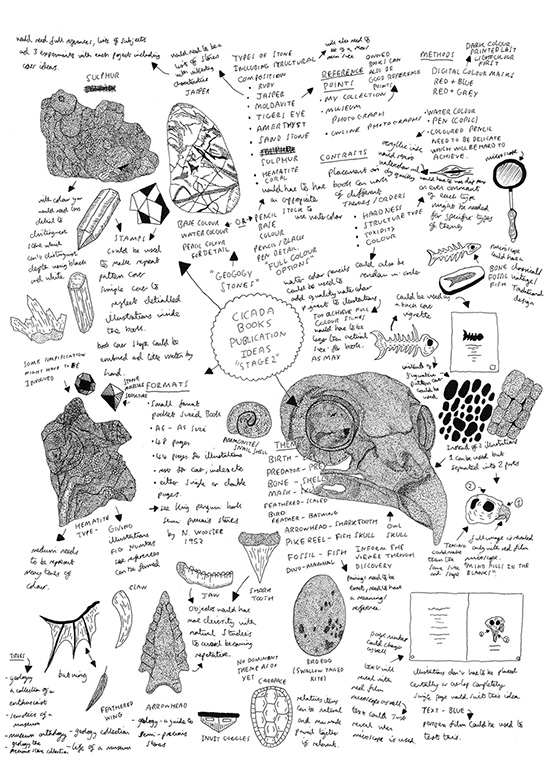 I may complete 1 or 2 before starting to create the content needed. Preliminary drawings are usually made in the sketchbook pages or become very detailed works that show the style of drawing to be used.

R: Was this a very long project?

S: The project was completed over a 12-month period from start to completion. It was also my very first commission for a book, a very exciting prospect coming out of University and completed while in full-time employment.

R: How did you whittle down the list of things to include in your hidden museum? Do you have a favourite exhibit?

S: It was very difficult, I had numerous ideas that worked, but were repetitive. It made me consider very carefully about each of the 32 subjects to ensure that they were original, but with small hidden connections between them. For example there is the Magnolia plant which is predominantly pollinated by beetles, this links to the scarab beetles, while the scarab beetle also links to the Canopic Jar and its purpose in Egyptian mummification.

Those links between subjects grounds the book in a museum setting, like an index to a collection on display. It doesn’t appear they connect at first, but if you look closely you start to identify the connections. 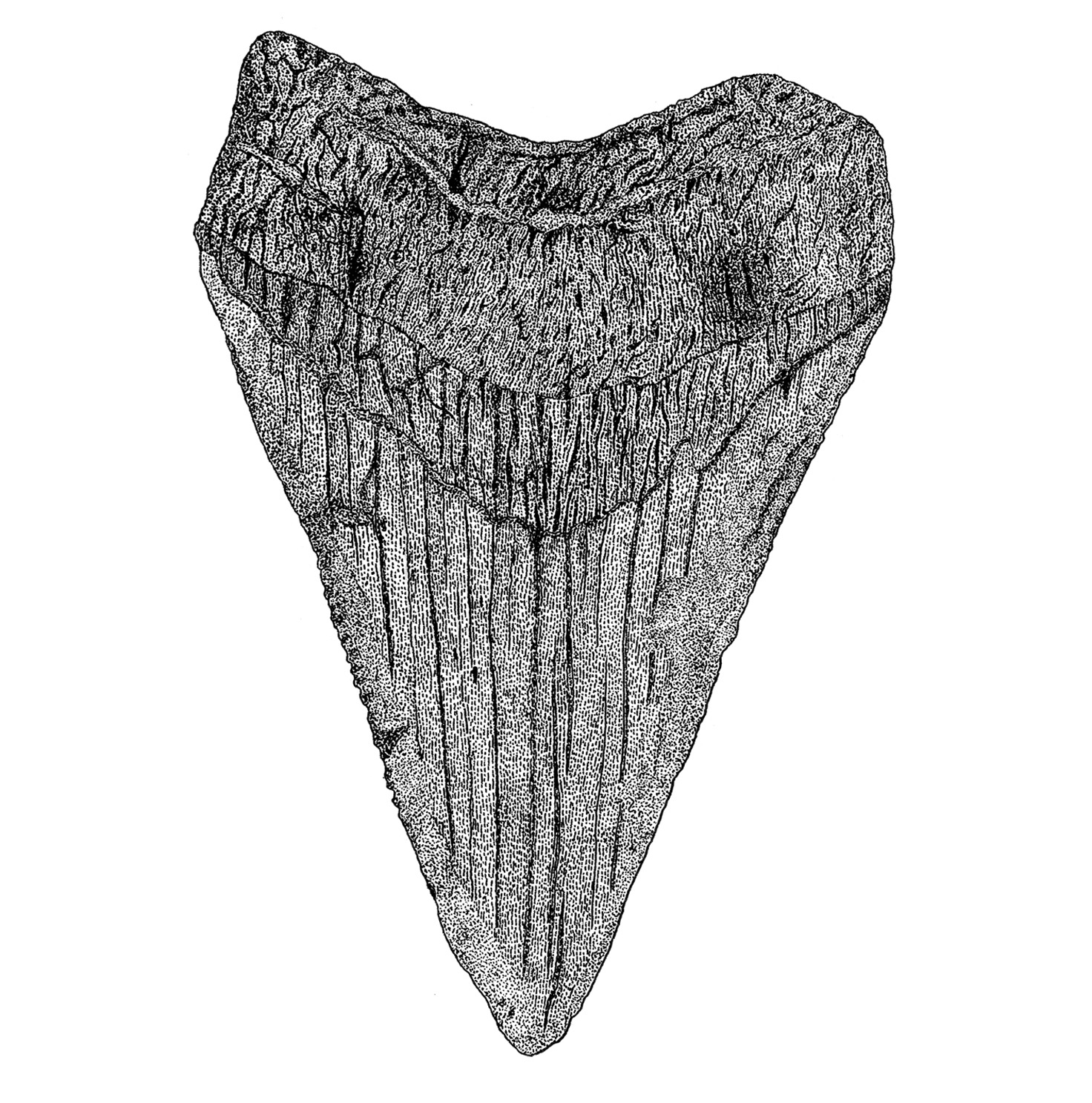 I do love Liverpool’s World Museum; they have a large geology based collection that I viewed whilst at University. It was for a very exciting photography based project about geology formations that has always stood out for me. Myself and a room full of precious stones was a great experience – which not many people get to see or truly understand.

My personal collection is also a great inspiration to me. I was five when I started collecting and I’ve just started to run out of space, especially in recent months since I’ve started to collect again where I left off, with exciting new specimens becoming part of the collection. Some even feature in the book such as the geode and amber, which makes the book have that personal touch for me. 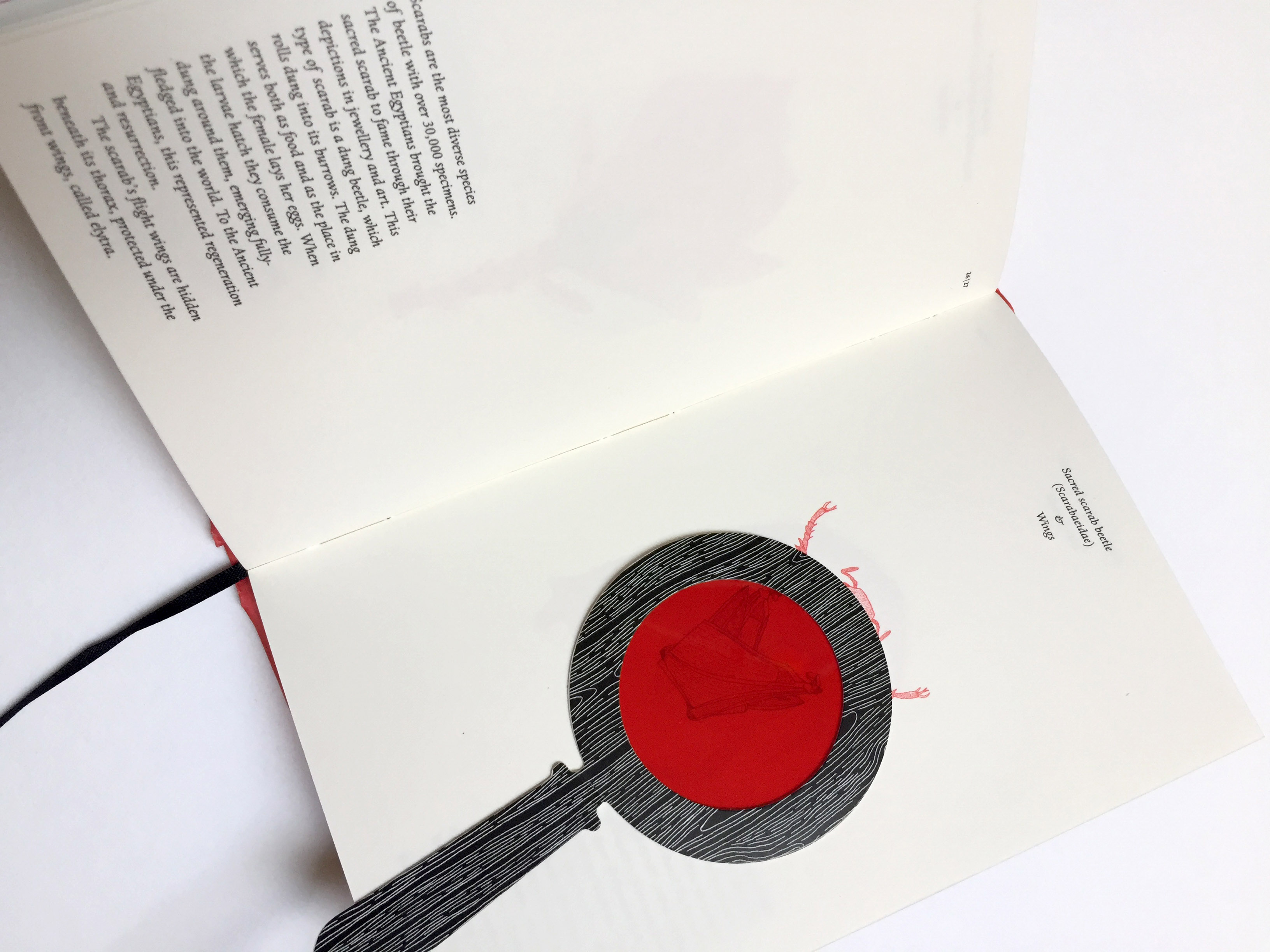 R: I love the way the little magnifying glass style viewer really makes the person reading the book feel like they’re right inside the book. How did the idea for that element come about?

S: The idea was inspired by a book called ‘The Great Journey’ by Agathe Demois and Vincent Godeau, a children’s book where every year birds leaves their homes to gather in the jungle. The illustrations that follow the story use a magnifying glass to reveal hidden details underneath. Our concept was to reveal smaller and more intricate scientific subjects using the red-filmed magnifying glass.

R: On a similar note, how involved in the book design side of things did you get?

S: A considerable amount of the book design was developed from the illustration subjects, endpapers to cover content and even the initial wooden texture for the magnifying glass details. Cicada Books and their design team Studio April did an astonishing amount of work pulling the created content together to make the book. I can’t thank them enough. 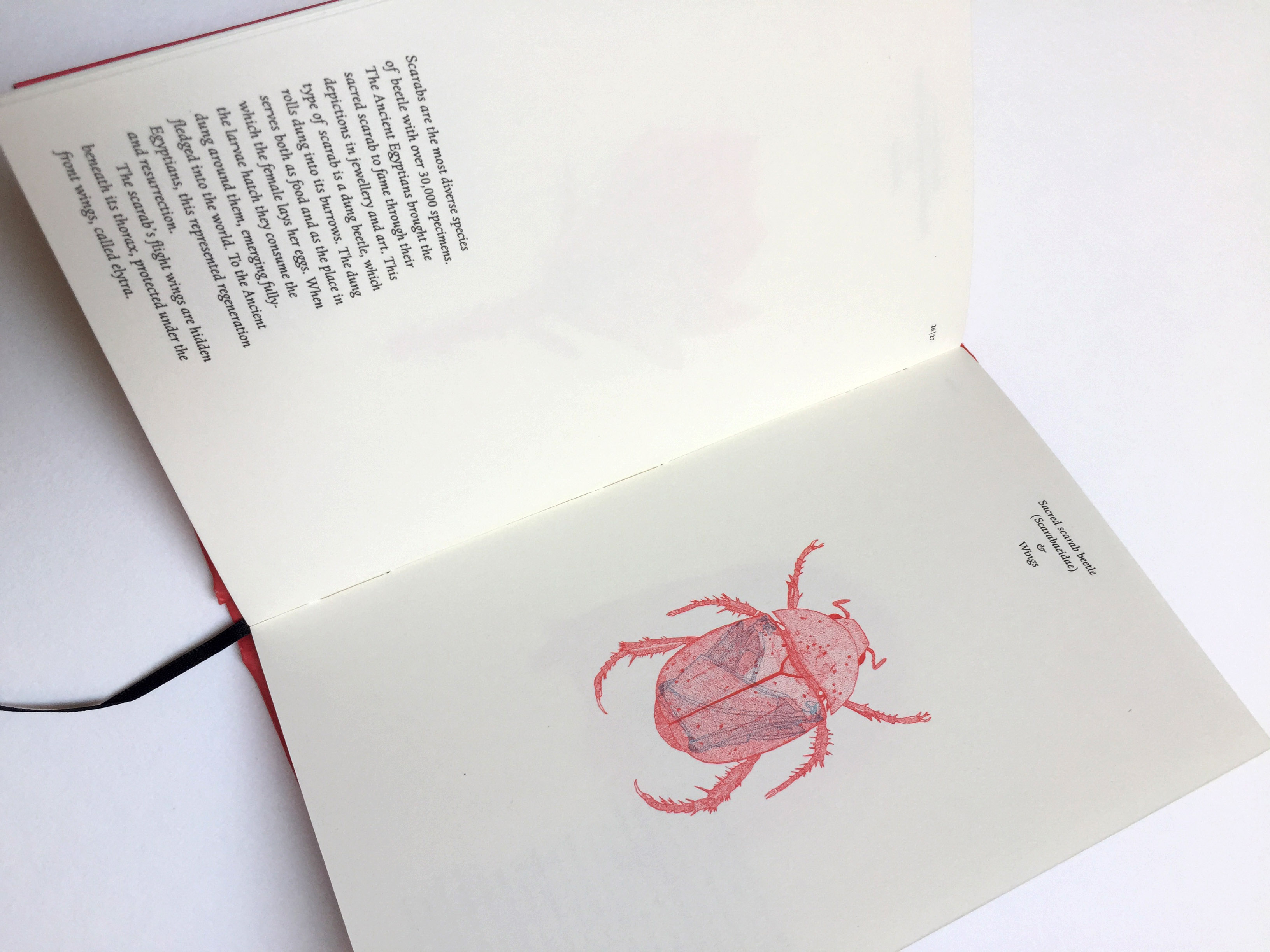 R: What was your favourite bit about creating this book?

S: Definatley the illustrations, I find it therapeutic to draw a subject that enthralls and excites. There were a lot of subjects I’ve never drawn befor,e and you must also consider they were new territory for myself personally. It makes it one of my favourite parts of the project.

R: What was the biggest pain/challenge?

S: Aligning the corresponding illustrations together was a big challenge, even trying to draw them exactly the same size or in a designated shape is challenging. Often being millimetres misaligned, these parts were always corrected through editing.

Another challenge was that my illustrations are very condensed with technical detail and it often became hard to contain the visual hidden element of each illustrated subject. By using two illustration styles there is contrast in each subject that allows the viewer to see the hidden element of each illustration. However some subjects just couldn’t be represented in this way, as there would be no visual context to identify them. This challenge has created a book where illustrations change from being complex to simple with each use of the magnifying glass.

R: I love the end papers. They are brimming with energy. What are you working on at the moment? Will we be seeing any of the ideas on those end papers coming to life?

S: The end papers are from my sketchbook pages and are always the first part of the project, and often in recent years have become pieces in their own right. I am currently completing some commissioned work, which I’m looking to getting more of in the future. I would love to work with museums and organisations that specialise in wildlife and conservation, ancient history and Palaeontology (the study of fossils).

My sketchbook pages allow me to come back and revisit ideas when a project surfaces, I believe that there is a right time for an idea to be used as my illustration skills evolve. My sketchbooks are a personal way to store these ideas for a future time, sometimes becoming personal projects that allow these technical abilities to flourish.

Atlas of the Human Body