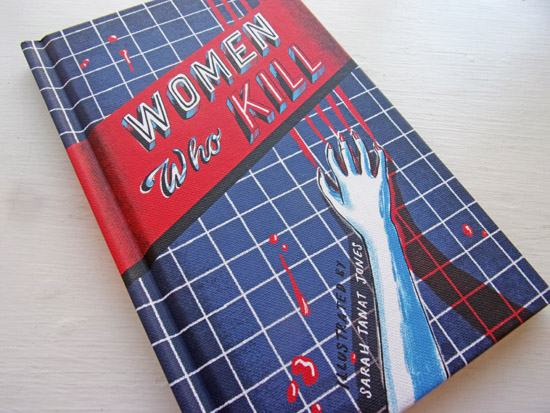 Occidendum ex hominibus is an international past time that dates back centuries.

The title of this book is still shocking even by today’s standards. We are still convinced that killing is something women shouldn’t do if they wish to remain feminine. However, as this book shows, in 54AD it was all the rage for Roman nobility, and it’s a reminder that serial killers come in all shapes and sizes. 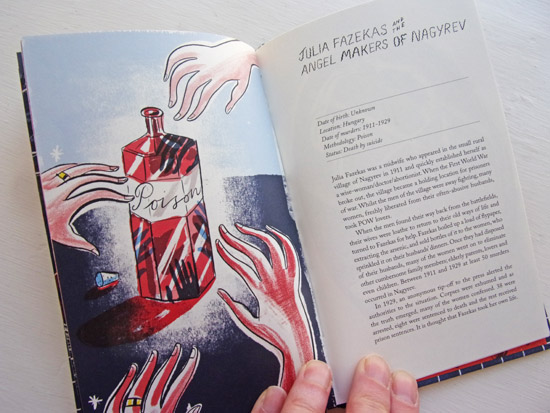 It’s a hardback book with a cover that nods at the direct graphic approach used by the great Sue Coe. The end papers are unusual as they cover three pages instead of two, each depicting the tools of killing against a red background – there will be blood! The format is also reminiscent of chapbooks.

The structure is simple, opposite the portrait of the murderess is a short explanation of the crime and in some cases the reason for it. I do like the inclusion of the penalty as a warning to all transgressors; unless you are the Roman Aristocrat Agrippina whose political connections saved her from punishment. 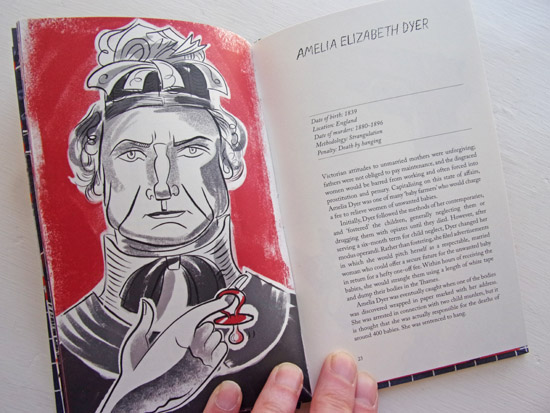 The illustrations are seductive and the women featured seem elevated by virtue of their destructive force. Tanat-Jones is working with a limited palette of blue, dark blue, black and red. She cleverly uses the white of the paper as a fifth colour. There is good variety in the portraits, each one depicting the location, weapon or poison of choice. Notable images for me are those of Ma Barker, Countess Elizabeth Bathory, Phoolan Devi, Julia Fazekas and Pauline Parker and her friend Juliet Hulme. 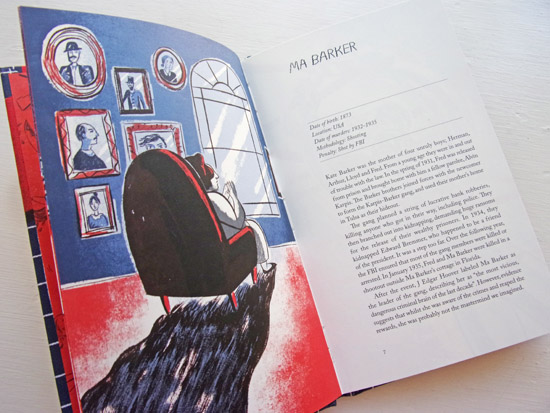 The psychopathic killers disturb me, but those seeking revenge are more sympathetic. I think the pursuit of power is at the heart of most of the crimes, the power over life and death. The killings are treated in a matter of fact way without much bluster or sensationalism.