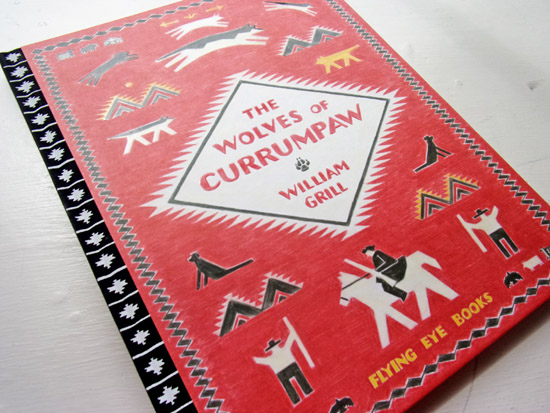 Grill’s fact based storybook follows attempts to capture Lobo, the fearless leader of a notorious wolf pack on the plains of New Mexico. It’s a well-paced book, with double page spreads setting a scene while offering an emotional guide to the upcoming chapter.

The simplistic strokes of Grill’s colour pencil medium capture shapes with often the barest minimum of detail, almost as in a sketchbook, but carry the story with verve and motion. Scenes of the wolves hunting are softly depict but visceral. 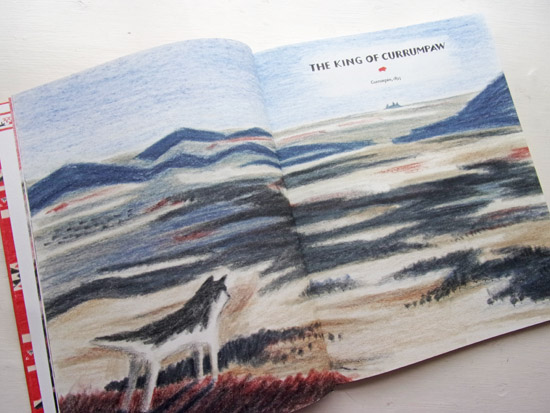 Humour surfaces, with Lobo constantly evading the various traps set to capture him (even nonchalantly urinating over trap boxes), and occasionally the hunter falling foul of his own trap.

More detail appears as Ernest Seton appears, a naturalist from Canada via Britain, fired by a desire to be the one who captures this wolf leading his pack on destructive raids. After trial and error, Seton believes he has found the way to trap the beast. 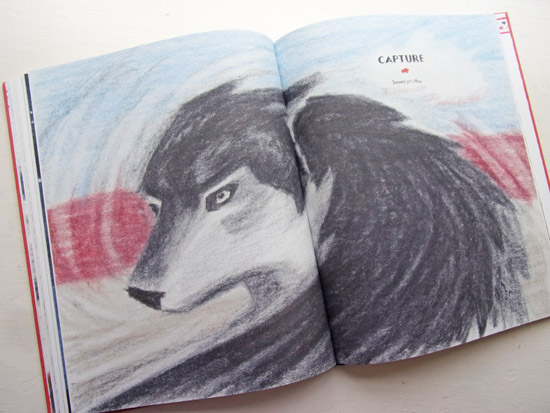 Emotion plays a part as the story builds, especially when Lobo’s mate, Blanca, is captured, and Lobo’s fate appears to be set. The reader understands the strength of feeling in both the wolf and his captor, and it’s one of the strong points of the book, drawing the reader in, often through images alone. 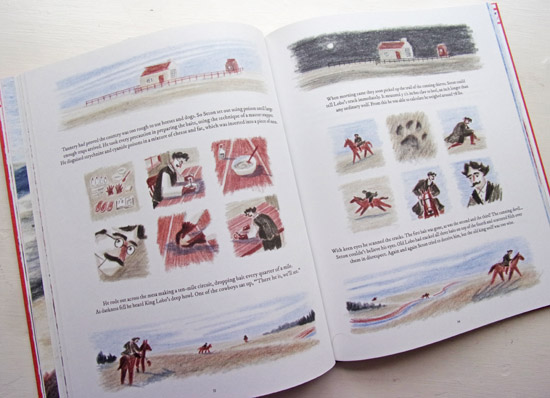 The story ends, but the book continues on revealing the effect that Seton’s raising of consciousness and his subsequent on-going protection of America’s wolf species had on following generations. So learning follows the drama – all in subtley effective coloured pencil.