News / Reviews / Think and Make like an Artist – book review

By Claudia Boldt and Eleanor Meredith 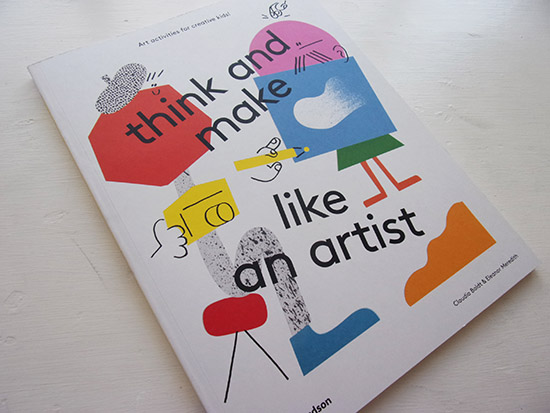 As every parent (or wise friend of parents) knows, the first test of a good children’s book is how appealing it is to adults. I’ll be the first to admit I have ‘lost’ several gut wrenchingly awful books because I just can’t face reading them again and again (and again).

So – with Think and Make Like an Artist – so far so good. Sumptuous pictures, enticing illustrations, lovely paper stock and a general feeling that what you are dealing with is considered, has integrity, and is educational in the very best way. 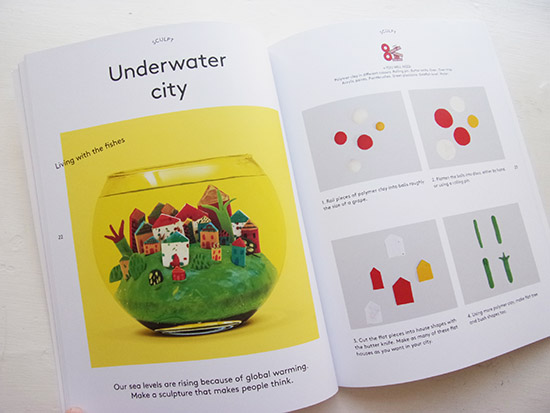 Test two of course is to engage the kids. So, in the middle of a yawning week of half term I called my 5 and 2 year olds over and suggested we try something out. The book offers a range of artist inspired projects, from printing to puppets, mobiles to sculptures. 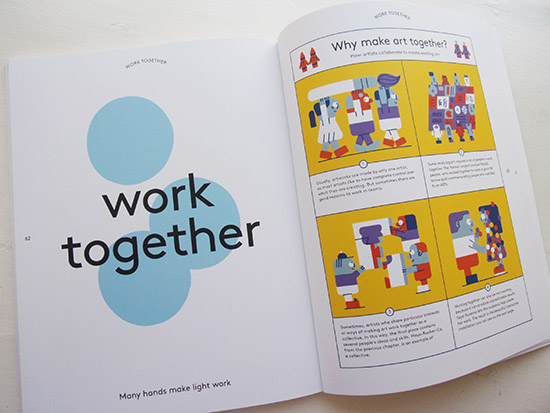 Success no 2! We had a happy time choosing what we fancied with all of us genuinely torn between several options. All the projects were several steps above the usual ‘flower on a stick’ fare, and are of varying levels of sophistication – for all ages and abilities. 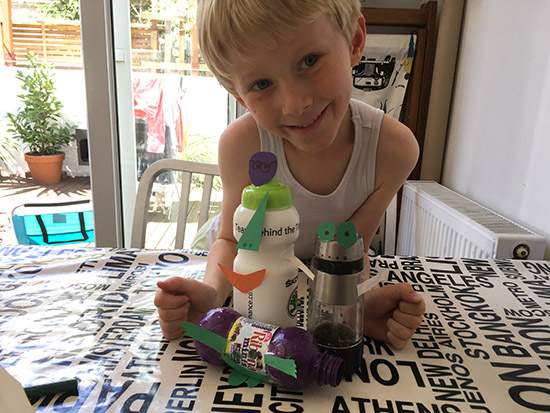 Brilliantly, the materials were generally common enough that we had them around the house, so (aside from having to eat a few yoghurts to get the empty pots) we were ready to go with whatever we chose. 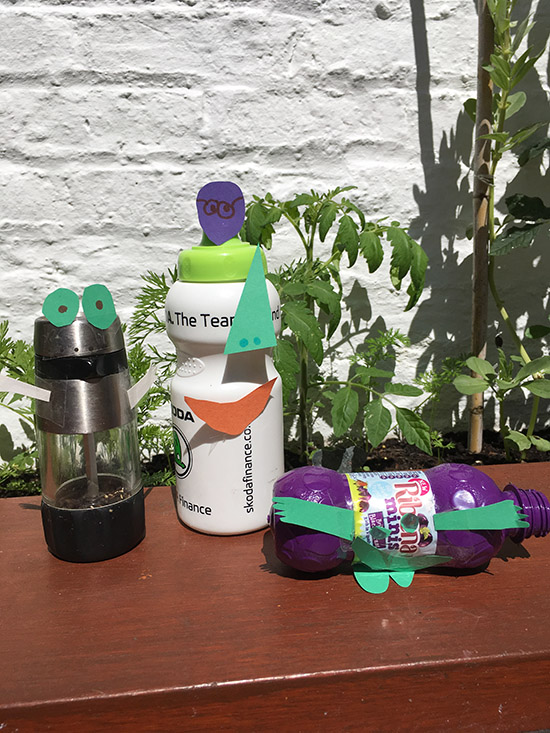 It’s fair to say that a 2 year old is basically too young for anything other than eating the glue, but she did a great line in sticking body parts in. The 5 year old was so proud of his Claudia Boldt inspired bottle it’s gone to school for ‘show and tell’.

Throughout the book there are images of artists work. These references, usually summarised in four lines and a picture, are light touch, and while we found it a great talking point, it could be nice to have a little more. 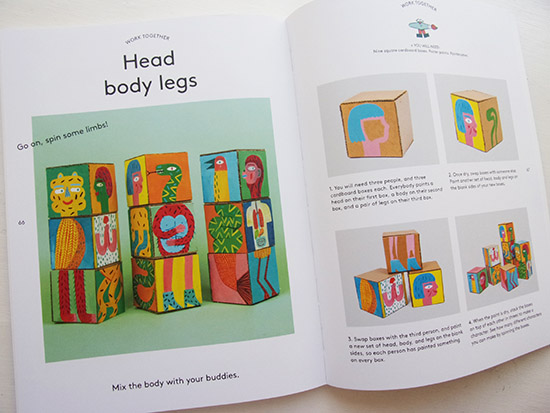 However, I was inspired to research some of the referenced artists I wasn’t familiar with, and the 5 and 2 year old went to bed discussing what colour ‘happy’ was. Frankly I felt like a pretty good parent at the end of the day, and the book is already a firm favourite.