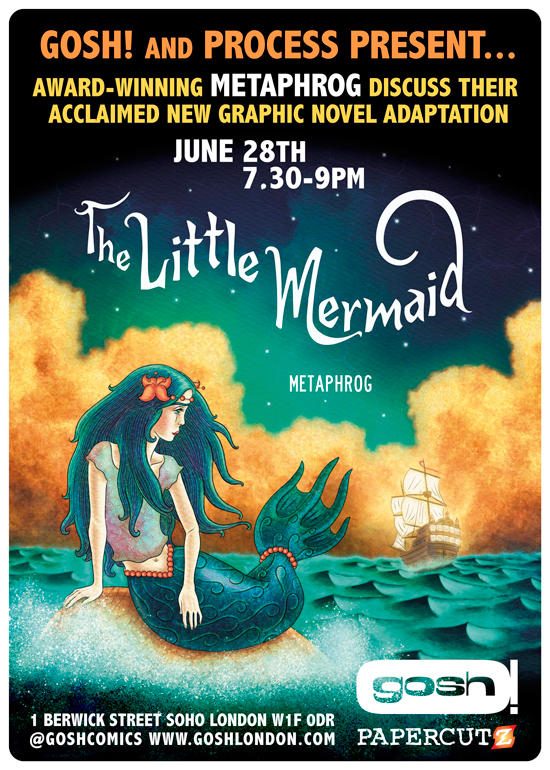 Metaphrog are Sandra Marrs and John Chalmers, graphic novelists and winners of The Sunday Herald Scottish Culture Awards 2016 Best Visual Artist. Their work is highly-acclaimed internationally, has received multiple award nominations, including three for the Eisner Awards, and Louis – Night Salad was Highly Commended for the Scottish Children’s Book Awards 2011. Metaphrog tirelessly promote the medium of comics and travel regularly to talk about their work in schools, libraries and at festivals. They are Patrons of Reading at Northfield Academy, the first graphic novelists ever to fill such a role, and were Writers in Residence at the Edinburgh International Book Festival (2015). Their adaptations of fairy tales, The Red Shoes and Other Tales and The Little Mermaid, are published by Papercutz/NBM.

The event follows on from their north American tour in support of the release.