Stories Of His Absurdly Ingenious World 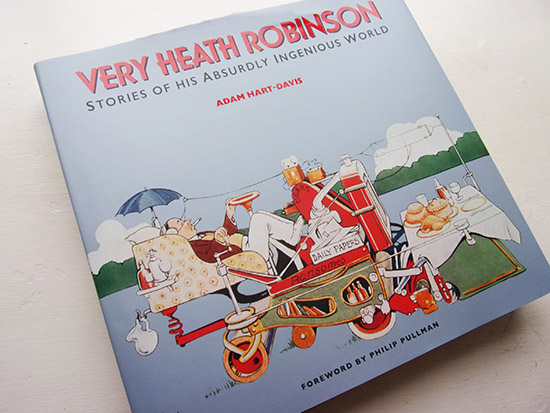 ‘His humour turned on taking things to the extremes’ says author Adam Hart-Davis on his subject, humourist (and excellent draftsman) Heath Robinson, who created illustrations for magazines, books and advertising across his impressive career. This stretching things to the limit often involved Robinson drawing precarious balancing acts, intricately constructed machinery and more often than not some knotty pieces of string. The book’s foreward writer, Philip Pullman, suggests ‘Mighty Commander of the Preposterous’ as an addition to the National Treasure status that Robinson has attained over the years. 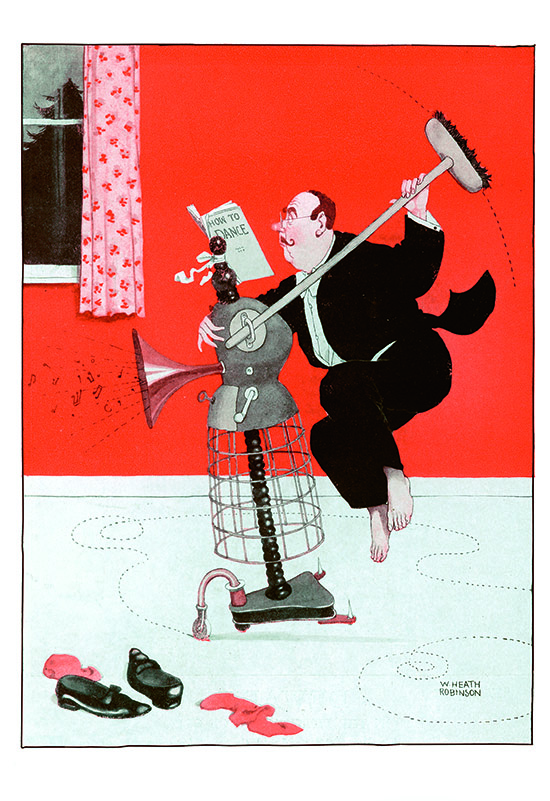 This well designed book groups Robinson’s output into themes, including Ideas for Domestic Bliss, Keeping up Appearances and Man and Machine which poke gentle fun at the ‘modern’ foibles of the day. Part of the delight in the images is the realisation that many issues with modern living aren’t actually modern at all – they’ve been raising complications in peoples’ lives for quite some time. And Robinson always had a solution. Fresh air was a particular concern, and often babies are precariously suspended on high in various contraptions to achieve maximum clean air. As a flat dweller myself, his slightly hair raising proposals for extending one’s space out of the high rise building bring a chuckle of sympathy for his residents’ bizarre solutions. 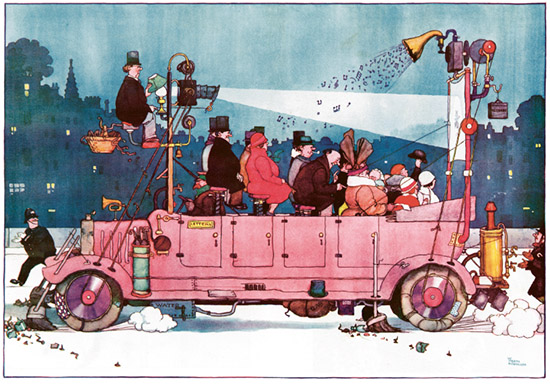 Incidental details in the illustrations are a joy; a living room scene depicting an afternoon family tea being delivered by a system of pulleys and bellows has portraits on the walls of the stern looking servants presumably out of a job as a result of these fantastical labour saving devices. 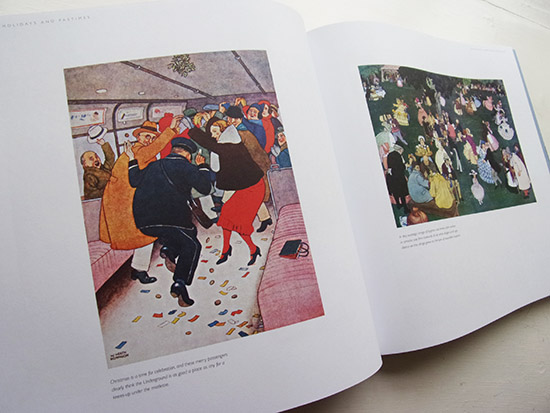 Along with some of Robinson’s own observations on his life, Hart-Davis expands on the social mores that he drew upon, and in discussing the drawings includes historical backgrounds on the finer points of courtship, how football and cricket developed, the origin of phrases and the history of the fork (what more could you need?), as well as elements of his own experience which relate to the subject in hand. 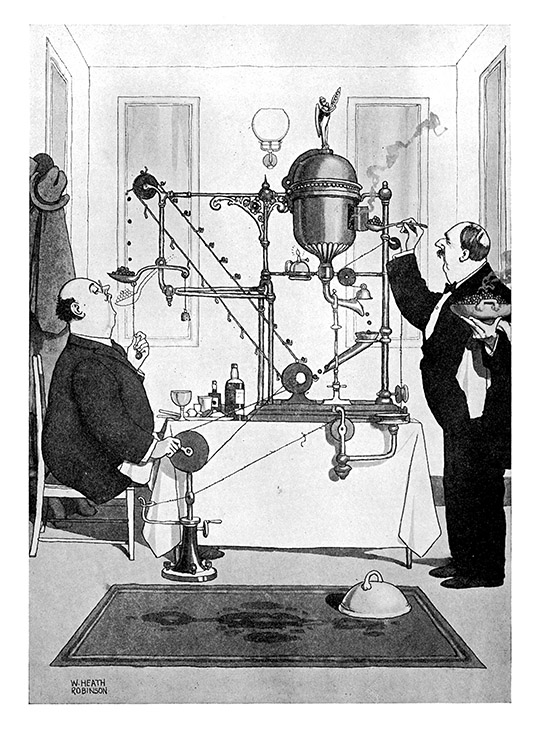 Robinson reveals great affection for his characters, with expressive features and impressive physicality to his individual portrayals. Body shapes range from slim to often portly, but with the more generously endowed middle aged well up for participation in life’s game. The images of moustachioed men and swirlingly dressed women throwing dance moves are wonderful. 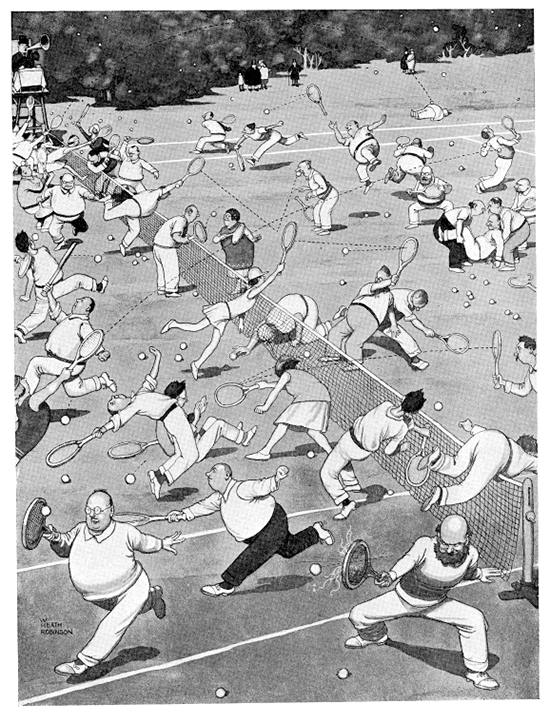 Generally known for his black and white line work (he charged extra for colour), it’s intriguing to see Robinson’s romantic Rackmanesque illustrations for Kipling poems and fairy tales included in the book. In the same way that it’s been fascinating to discover in House of Illustration exhibitions displaying the work of E Shepard and Edward Ardizzone how they created far more than the imagery they are famous for, this side of Robison’s talent is surprising to see. 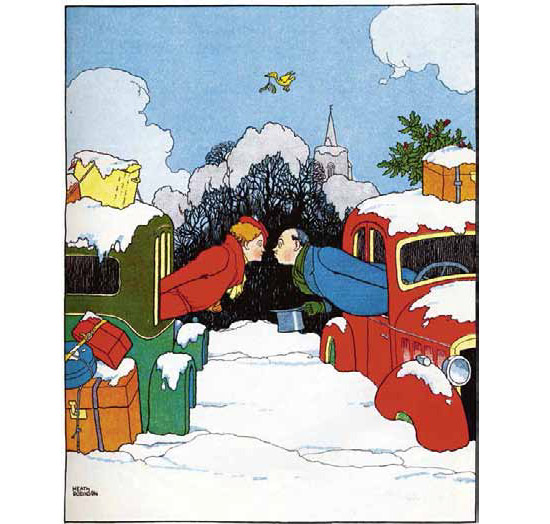 Although, curiously, Robinson wasn’t great at drawing birds – they all look like mini pterodactyls fresh out of the egg! – this is a book which warms your heart and allows you to revel in the skill and imagination of one of the great British illustrators. Fantastic stuff. 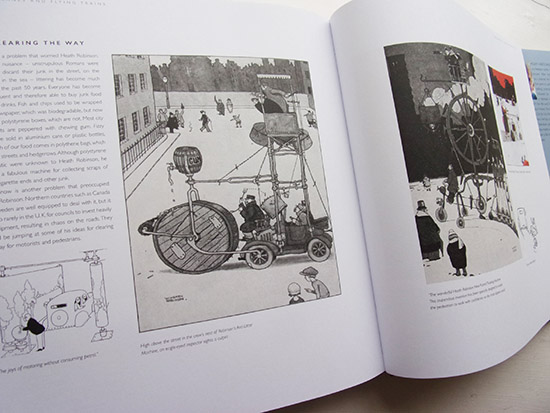