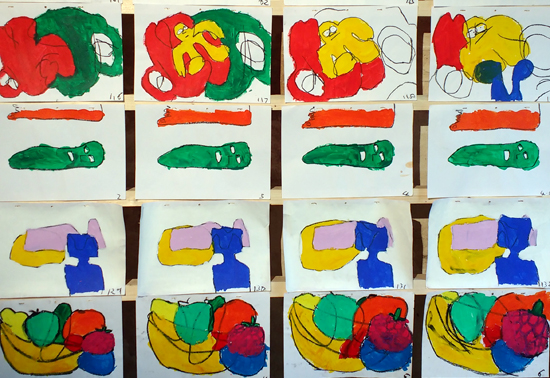 This spring, Berlin was the proud host of an eclectic and unique arrangement of characters: from creatures coming together and parading down into the sea, to monks assembling to chant and praise their god, to a girl suffering from growing hot dog hands… literally. Characters in all shapes, sizes, styles and mediums converged once more in Pictoplasma 2017 to become an intense explosion of inspiration 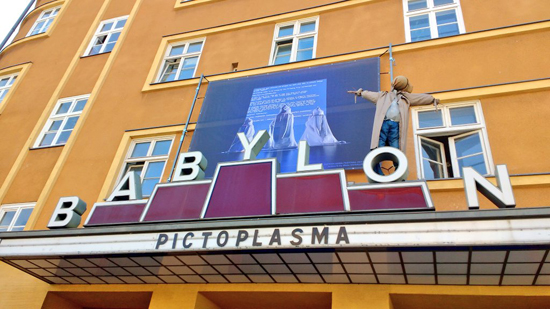 From its inception as an online encyclopaedia of contemporary character design in 1999, Pictoplasma has now grown into a world-renowned hub dedicated to bring emerging and established international artists into the public eye through conferences, workshops, screenings, publications and exhibitions (and parties). Organisers Peter Thaler and Lars Denicke are some of the main masterminds responsible for inviting outstanding Illustrators, Animators and Game Designers from all over the globe year after year, and this edition was no exception: Miss Lotion (aka Louise Rosenkrands), Jack Sachs, Pooya Abbasian, Nathan Jurevicius and Eran Hilleli graced the stage and also filled the city with their unique works as part of the festival’s traditional Character Walk.

One of the most outstanding (and spooky) exhibition spaces was AG Cemetery Museum, which included speakers Peter Millard (displayed above) and most notably Pooya Abbasian, who exhibited a collection varying ink drawings inspired on superstition which fitted perfectly in the burial site.

The 13th edition this year was all about ‘Character Upload’, a great name as projects become ever more detached from their creators once released onto the worldwide web. Relevantly, Ton Mak reflected on her own experiences with her Flabjacks work being plagiarised, and Sean Charmatz and Kirsten Lepore shared on their reactions when their respective creations ‘The Secret World of Stuff” and “Hi Stranger” suddenly encountered global viral stardom. In both cases all creators highlighted how difficult it is to tackle something that is beyond your control (a theme which resonated with all creative attendees in the audience), but they also emphasised how you can protect yourself from the beginning and learn from these happenings.

Virtual Reality was also more present in this year’s festival, featuring exclusive opportunities for attendees to experience new projects by the speakers. Examples included the absurdist puzzle exploration game Pikuniku and “Little Earth” by children’s book Illustrator Chris Haugton. As much as we were sucked in, wowed and/or frightened by the digital world though, we also found comfort and appeal in handmade forms. Haugton’s fair trade rugs, Nathalie Choux‘s ceramic creatures and DXTR‘s tapestries were certainly big highlights in this matter. 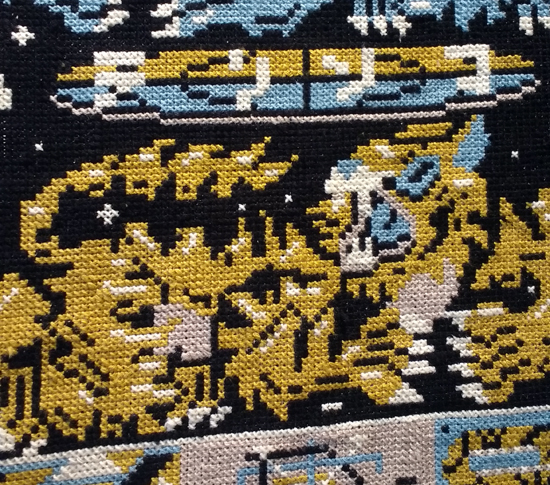 Of course, the festival was all about play too. Attendees had the chance to get involved in workshops where they could try bringing their characters to life via live drawing, story boarding and/or animation; and after all note-taking and creative exercises were done, there was plenty of opportunity to relax, drink and further socialise in any of the many gatherings and parties organised. A great highlight of these parties was a hilarious live performance by John Daker, a new musical project by speaker Sophie Koko Gate; and with no intention of sounding too provoking, you kind of needed to be there. Everyone had a good boogie.

As previously mentioned in my 2015 report, Pictoplasma isn’t only a fantastic festival to discover new work, but also to meet new people from all over the world and to re-encounter old friends from previous years. Even a few AOI friends and members were there, between them Rob Barrett (from Yo Illo), John Bond, Jenni Saarenkyla and Massimo Fenati (who was the lucky winner of our Pictoplasma ticket giveaway).

I went to Pictoplasma prepared to learn from artists, watch fantastic animations, meet excellent creative people and have fun, and once again I was not disappointed. It was intense, but it was incredibly worth it! I would encourage everyone to get involved with Pictoplasma in one way of another. They are currently taking applications for their Pictoplasma Academies both in Mexico and Berlin, so if you are interested in Character Design take advantage of this opportunity and find out more.

It was incredible to be able to share this experience with everyone. Hopefully we’ll be able to repeat it next year! 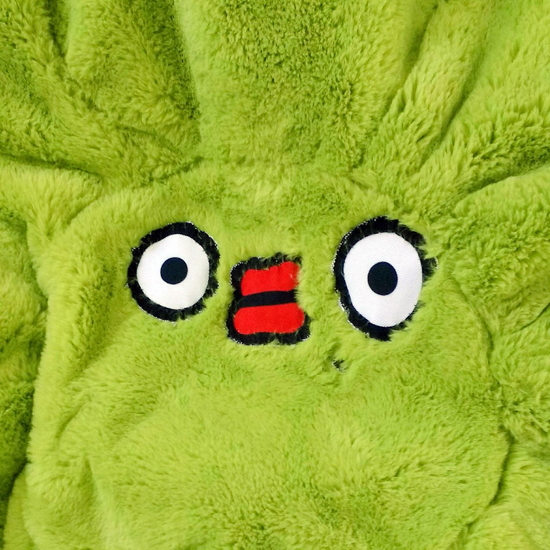 For more information about Pictoplasma International Conference and Festival of Contemporary Character Design and Art, visit their website.