As part of Varoom‘s latest Storytelling theme, we spoke to illustrator Mairead Dunne and Steve Braund of Atlantic Press about her illustrations for Luke Thompson’s book of poems, The Clearing, which won the prestigious Michael Marks Poetry Illustration Award at The British Library. The Illustration Award was judged by former Director of The National Gallery, Sir Nicholas Penny and presented to Mairead along with a cheque for £1,000 at the awards dinner at the British Library. Mairead is a graduate of the Authorial Illustration Masters course at Falmouth University and her work combines photography and drawing to create ethereal images that give glimpses into another world.

Varoom: Did the text come first, or did you confer with author Luke Thompson during the creative process?

Mairead Dunne: Luke’s poetry came first and we were introduced while I was studying my MA in authorial illustration at Falmouth University. I was doing a lot of photography based work at the time, exploring portals and camera obscurae. The central concept of a passage from darkness to light resonated with ‘a clearing’ and it seemed like a good fit. We started meeting up regularly and thankfully Luke put a lot of trust in my design and image-making process. We only had the one hitch, which came about where Luke had this impossibly long line of poetry on one of the spreads. The pamphlet was getting wider and taller to accommodate this particular line until I asked him to move it about. Risky business asking a poet to chop up their poetry, but it paid off and I know that Luke was happy with the overall design in the end! 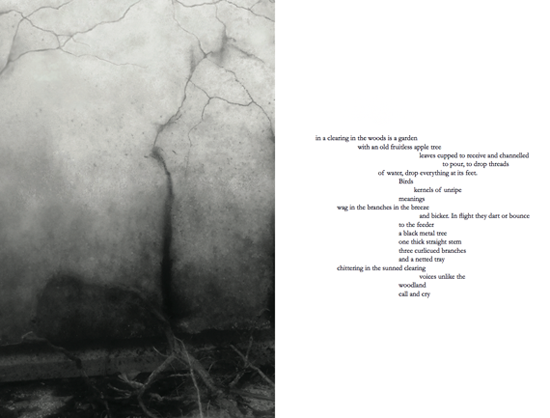 How did you approach the ambiguity of the images for The Clearing? Was there an avoidance of storytelling?

Mairead Dunne: I established early on that illustrated poetry requires a very different approach to other forms of illustration. Traditional concepts of storytelling illustration, in which images convey the words on the page and even add a whole new sub-narrative, don’t apply in the same way. It was my role to create a quiet space to allow the reader to absorb Luke’s words. Light turned out to be my greatest tool in creating ambiguity, and rather than create specific images for the poems, I developed a broad pallet of images to edit from. The urge to include imagery of birds was irrepressible however and there were times when the work started to slip into a more literal realm of nature photography. I had to experiment with a lot of different lenses and processes before reaching the final edit. Some of the images are right on the line between ambiguity and storytelling. 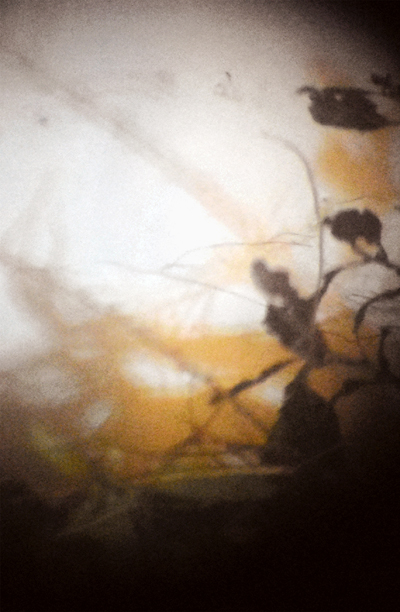 You work in different mediums. Can you tell us about your image making process for The Clearing?

Mairead Dunne: I enjoy working with experimental photography and fusing different media. In the clearing, the tone and colour pallet were important to me, and subsequently the images have a lot in common with painting. I used a few tricks which included experimenting with breathing on the lens and applying Vaseline to diffuse the light and form. Model birds were strung from my hall ceiling across a considerable distance, then layered with natural props in various lighting arrangements. The set-up was pretty peculiar looking, and so I generally preferred working from home. Photography has this great ability to transform the seemingly unworkable into beautiful images. I also worked outside, creating in situ drawings on the walls in nature. The clearing features subtle drawing elements throughout, and each cover has been individually hand-stamped in different formations. Every copy is completely unique and hand-crafted. 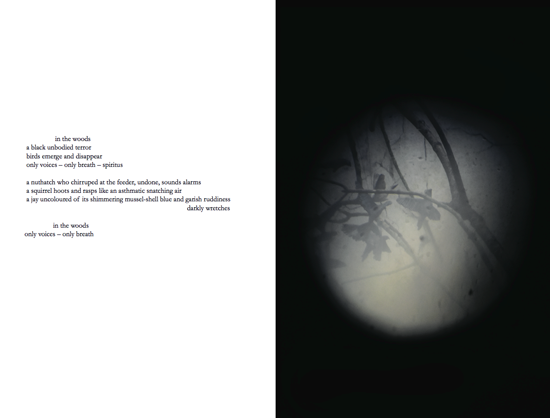 What are your thoughts on visual Storytelling?

Mairead Dunne: I think visual storytelling is very powerful in its ability to open up whole new interpretations of a text. It’s a great liberty to have as an illustrator – to provide a new insight on an existing text and go beyond its constructed narrative. It could be argued that ambiguity offers more to storytelling than meets the eye. Without giving much away, the subtleties and intrigue of the image can be quite immersive. Ambiguity can be a form of storytelling, in the sense that it places the reader in a particular mood or setting where they are free to roam. The assumption that illustration needs to be about clarity is changing and there is a lot more experimentation going on in current trends of illustration. Narrative will always be at its core but ultimately there are many ways of approaching it. 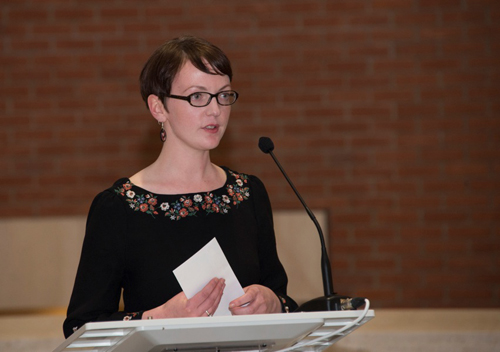 Publisher Steve Braund: The Clearing is one of a series of four ‘poet-illustrator’ collaborations we’ve published recently at Atlantic, the others being Stone by Em Strang and Mat Osmond, Pick Me Up by Anna Kiernan and Harriet Lee-Merion and On Ridgegrove Hill by Alyson Hallett and Phyllida Bluemel.

Attempting to illustrate poetry can be foolhardy as the ability of poems to picture subject matter so vividly make them powerful illustrations in themselves. So, we’ve tried to support collaborative conversations between the pairings of poets and illustrators where the images augment the words with a fair degree of ambiguity allowing open-ended readings. In addition, and of equal importance, is the attention to the design and typography: how the book feels in your hands, how the pages turn and the use of empty spaces. In The Clearing, as with the others in the series, the design was in the hands of the illustrator.

Part of the underlying excitement in all our books is in that suspension of disbelief where the ‘unreal’, the fictional construction (or sometimes imaginative take on the real), captivates the audience, holding their attention, taking them on a journey of the imagination, the story. The best results occur when the creator/s (in this case the poet and illustrator in collaboration) inhabit their characters from within. The storytelling never works quite as well when the characters feel consciously contrived as if from a distance. If your character cuts their knee, you need to feel their pain. If you don’t, then don’t expect your audience to either.

Varoom 35: Storytelling is available to purchase now at the Varoom store.