Between the years of 1953 and 1982, Feliks Topolski published his Chronicles of the Century.

Continuing the legacy of Topolski, six young artists have documented events, people and places in London over the autumn of 2016 through reportage drawing. The residents have been examining what Britishness means today through the shifting politics, people and landscapes of London.

Locations such as Millwall Oktoberfest contrast against London Fashion Week, Elephant and Castle stares over at Drag Queens at the Royal Vauxhall Tavern, while Pearly Kings and Queens sit beside drawings of the Jungle in Calais. Three months of location drawing will be on show, and a lithographic printed newspaper – the Chronicle – will be displayed and available to buy.

In this new age of social media journalism and post-truth, perhaps we need to explore issues in new ways? Or perhaps by going back to the way stories would be reported in the past? In-situ drawings and conversations have been the focus of this residency, and we invite you to engage with current issues of 2016 through these images, as well as consider the role of the artist as reporter. 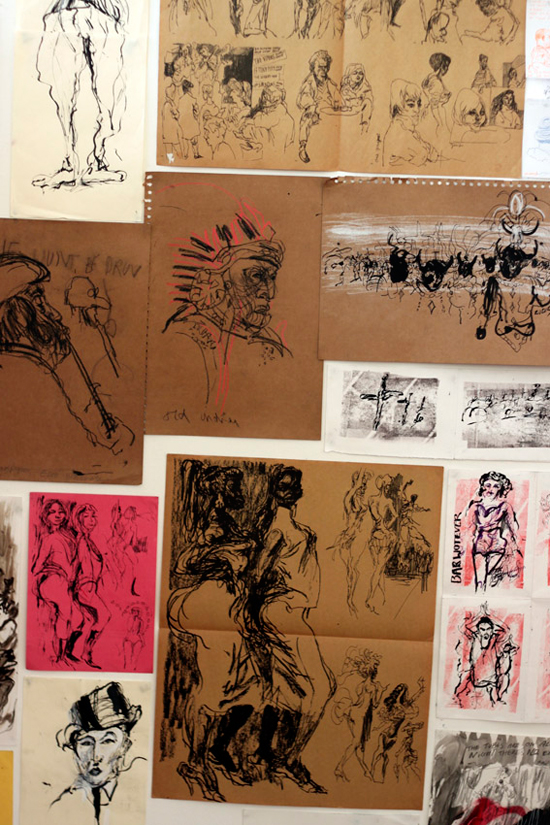