News / Reviews / The Lion and The Bird – book review

Written and illustrated by Marianne Dubuc 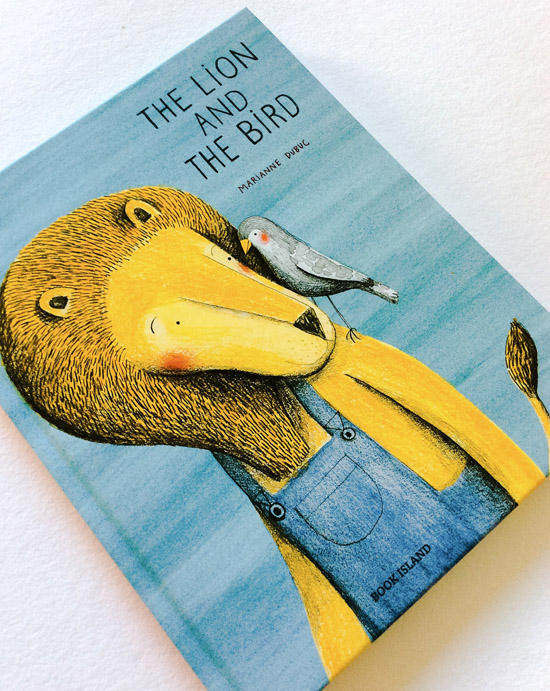 Stepping through the door of the Québec Government Office on a rainy, grime-streaked London night into a warm welcome was a bit like being the bird sheltering in the lion’s mane. This was the UK launch of The Lion and The Bird.

Marianne Dubuc, Canadian author/illustrator of this and a sizeable catalogue of other picture books, was interviewed by Children’s Book Editor for The Times, Nicolette Jones who describes the book as; “a story about friendship, but also about kindness to strangers, about loss and grief, about the seasons, about memory and loyalty, about solitude and companionship.”  She went on to say, “There’s a lot going on in a book with so few words.” Marianne agrees – she has always enjoyed telling a story, but most of all telling a story through drawing, which naturally grows into a picture book. After all, the idea for this story was partly sparked by the very visual notion of a bird nestled in a lion’s mane. 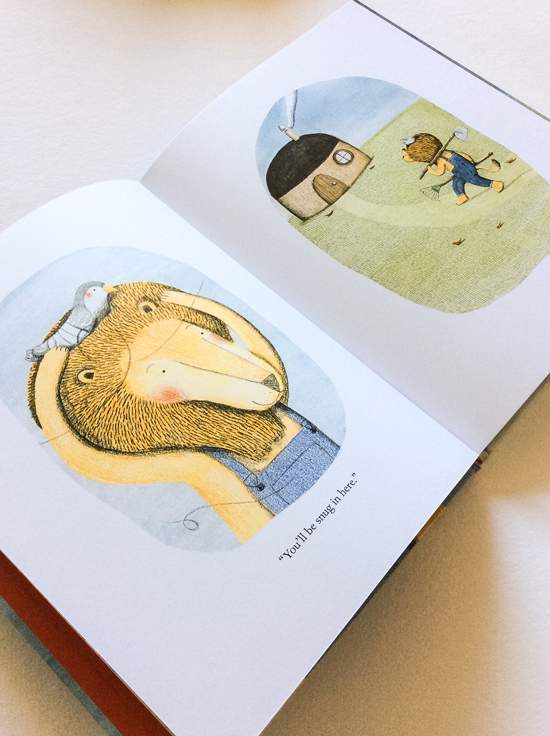 When Marianne was 10 years old, she was interviewed for a TV programme in Canada. The question was, “What do you want to be when you grow up?”. At 10 years old, being grown up seemed too far away to make that big decision, so she told them what she liked doing at the time… which was drawing! The encouraging message for the group of school children at the launch was that you can do anything and become anything you want to be. Unless you want to be a unicorn. That, says Marianne, would be more difficult.

This led to the next question, “What inspired you to choose the themes of migration and change?” Marianne told us about a friendship from her own childhood that had drifted apart in their teenage years. Her mother had told her not to worry, that one day they would meet in the street and be friends again – which turned out to be true. So Marianne says that the story is about accepting that things change and people leave, but they may come back. It’s a story wide open to interpretation. A woman living in a different country to her grandchildren had drawn parallels between the story and her own trips to spend time with family; like a bird migrating back and forth! 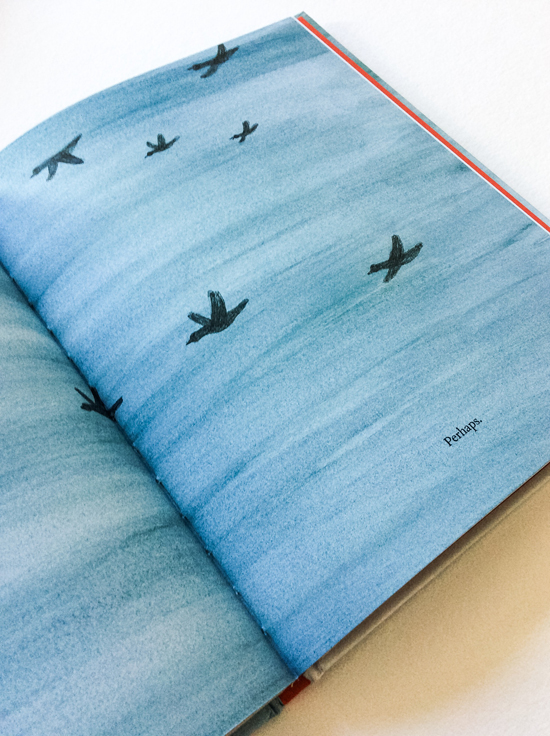 Marianne told us about the changes made to The Lion and The Bird when the rights were bought by a publisher in the US. The creative freedom given to her by the original publisher in Canada, allowed her to leave a double page spread completely blank, signifying the quiet companionship between the lion and bird through the long Winter. After some respectful to-ing and fro-ing, the US publisher removed the blank pages, worried that people would wrongly assume there had been a printing error.

Fortunately for readers in the UK, Book Island have kept the snowy blank pages, affording the reader that beautiful space to reflect and enjoy the pace of a peaceful Winter, woven into the story. It reminds me of the “Have a break for a minute to talk (about it)” scene  (words on the screen, in the style of a silent movie) in Michel Ocelot’s 2003 animation, Princes and Princesses. Or, as Nicolette Jones said – the blank page to signify the atomic bomb’s explosion in Raymond Briggs’s When the Wind Blows. That clever change of pace has a different purpose in each instance, but what a lovely, visual way to give the reader a bit of time. 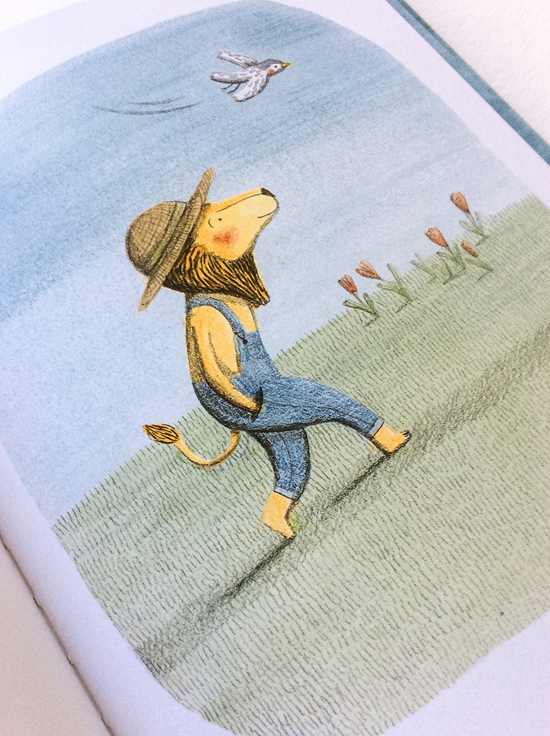 There’s a gentle and very natural rhythm to The Lion and the Bird, and also a flexibility in the way the two characters and narrator speak. Marianne says that the idea was that the dialogue could be interchangeable between the Lion and Bird. Specifically, “Oh, they’re gone” spoken by either character, depending on your mood, as we see Bird’s flock fly away for the Winter at the start of the story.

The UK edition has been sensitively translated by Sarah Ardizzone from the original French. They have managed to capture the sparse nature of the text even though, as Marianne points out, there are some ideas you can convey using two words in French but in English it may take a few more.  There’s a nice parallel there too with the friendship in the book between the Bird and Lion that transcends language. (Without ruining the plot!) at one point in the story the Bird says “cheep!” And the Lion simply replies, “Yes, I know”.

So poignant and hopeful, this is a perfect story to start a new year.