News / The ten things I learned from ICON 9 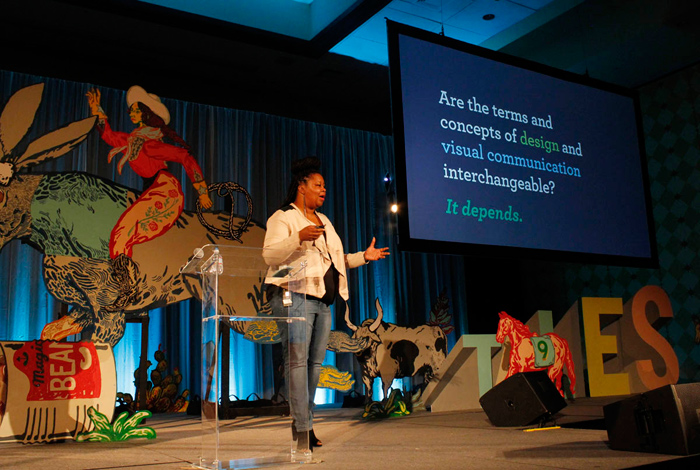 What ten things did illustrator and educator, Nanette Hoogslag learn at ICON 9 this July?

This year, held in Austin Texas, ICON9 brought together more than 700 illustrators, designers, educators, representatives and art buyers who came to see, hear, discuss and explore ‘The Future of Illustration’. Already taking place nine times in a row, ICON is now one of the largest, if not the largest, biannual illustration conference. Pampered by generous Texan hosting, there were many ways for the audience to get their illustration fix. 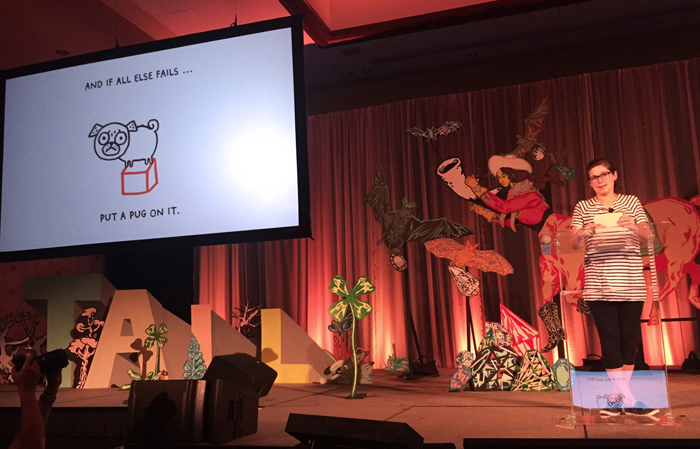 In the style of the conference, where nearly every speaker delivered a list with advice to the audience, what ten things did I learn?

1)    Many business cards now carry the title Illustrator-Visual Storyteller. Show-Telling stories is the new illustration, either as comic makers, ‘zine makers, animators or live-illustrators. The sequential image is the must-have of the illustration arsenal: Illustrator Eleanor Davis used the presentation software ‘keynote’ as an illustration performance tool. At ICON she showed and told her story through brief animations and animated GIFs with low key verbal dramatisation.

2)    ‘Zines are the alternative route into animation. According to Calvin Wong, Paul Windle and Hellen Jo who started their creative life making and flogging ‘zines, before they were picked up to get prominent jobs at edgy West Coast animation studios. ‘Zines are presented as the creative hotbed for young talent to be found at DIY illustration fairs, alternative coffee shops and maker stores as well as easily put into the hands of desired art-directors. 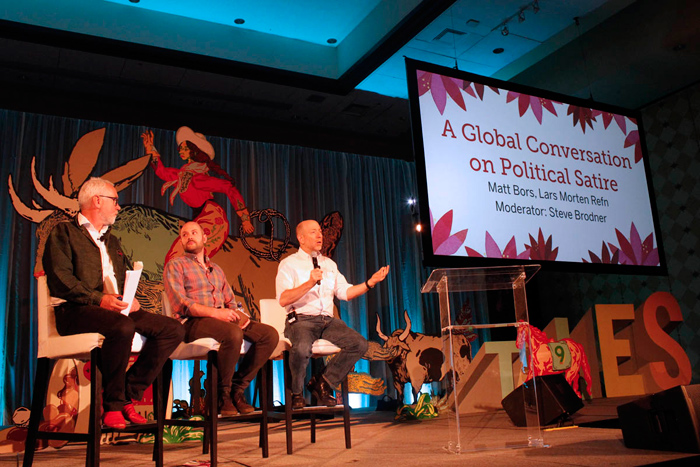 4)    With the crippling debts illustration students accrue during their college days, students and young illustrators seek to make a living through creative entrepreneurship. Not just through trying to get a (freelance) job in the industry, making and selling publications, or selling products with illustrations on it, but by using illustration-skills and approach as part of social design methods, such as the Creative Reaction Lab setup by Antoinette D Carroll.

5)    Pugs are out. No pugs to be seen on any bag or book, despite Gemma Correll’s advice that ‘if in doubt put a pug on it’.

6)    Activism is in, more illustration is actually trying to say something. 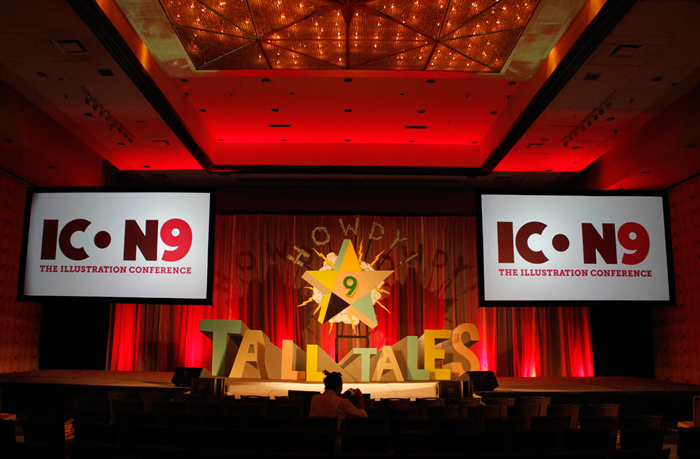 7)    The debate around the principles of ‘Freedom of Expression’ is far from over. Remember Charlie Hebdo in Paris a year ago? Lars Morten, Danish cartoonist having to deal with the deadly fall-out after his cartoons in 2005 made a case for these principles, despite everything. Meanwhile half his presentation was censored due to fear of stirring unrest, either in the room or with the Twitter followers. With these fears, but also identity politics driving many of the debates at ICON over image culture, the credo has become ‘offending is an offence!’ Life for outspoken (political) cartoonists has become pretty complex these days.

8)    Practice versus theory, is still raging in the educator’s debate. Contextualisation and theory are fine as long as you hide these ideas in some practical skills-based project. Just don’t mention the ‘T’-word, a bit like hiding vegetables underneath the mash.

9)    Awesomeness is still the measurement of excellence.

10)   There will be another ICON in two years time.

All photographs by Rod Hunt