A record £5.5 million in royalties will be available for visual artists who have had their work published in a book, magazine or shown on TV, through the annual Payback campaign launched by DACS, the visual artists’ rights management organisation.

DACS has successfully run the Payback scheme for over 15 years, distributing over £43.5 million in total. From 4 July until 30 September 2016 visual artists can again apply for their share in collective licensing royalties here. AOI recommends illustrators whose work is in a book, magazine or has been shown on TV apply. It’s an easy process, and there is a minimum payment even for those with little work published.

All types of visual artists whose works are copyright protected are eligible to apply, from fine artists and photographers to designers and illustrators. These royalties are an important income source for visual artists. Last year, 25,000 visual artists and estates claimed Payback and their individual payments – made just in time for Christmas – ranged from £25 to around £3,770.

“In the past, Payback has enabled me to buy new equipment or contributed to studio costs. When the royalties come through it’s a friendly slap on the back – a similar feeling to receiving a Christmas bonus (I imagine!). It always feels like an unexpected and very welcome reward when the statement pops up in my inbox.” 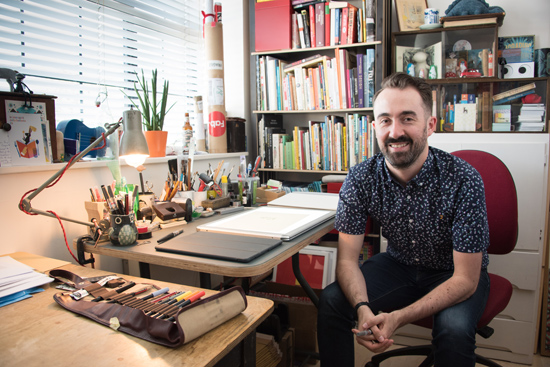 Payback royalties come from the re-use of published artwork, such as the photocopying and scanning of work in books and magazines, or the recording or re-broadcasting of work in TV programmes.