Making your mark is about developing your ‘voice’ as an artist, as well as the practical application in the process of creation; through drawing, painting and various craft methods. While this idea of striving for originality and personality is an age-old principal I wanted to show through this book how some artists are developing their own unique approaches – presented in three chapters, ‘Draw’, ‘Paint’ and ‘Make’.

In terms of what feels “new” today, I was keen to show how contemporary art practice is becoming broader, with genres and movements merging and expanding. Today it’s not unusual for street artists to also work with methods such as ceramics, sculpture or animation, or for a comic artist to paint murals or indeed to make music or participate in other artistic outlets. The artists we feature in Make Your Mark sustain their art in multiple ways and are embracing different artistic methods; either by revitalizing traditional ones such as drawing and painting in innovative ways or working on many platforms at once. The book is purposely wide-ranging, but to sum up some of its themes with a few creators who are taking their art in ‘new’ directions I would point to:

This collective from Berlin are possibly the most multi-disciplinary of all the artists featured. I love the way they embrace so many ways to work, firstly they are a duo, so in their creation they already eschew egos, it is not about the individual, but what they create together. 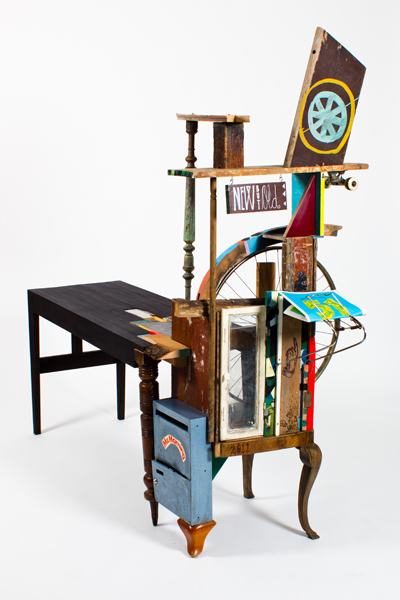 Secondly they like to collaborate with others, with community groups or artists from other disciplines, which creates a great energy. Finally, their work has so many platforms, from commercial to educational, which cross-pollinate each other; from street art murals, community projects and sculptural installations to graphic design or fine art painting. 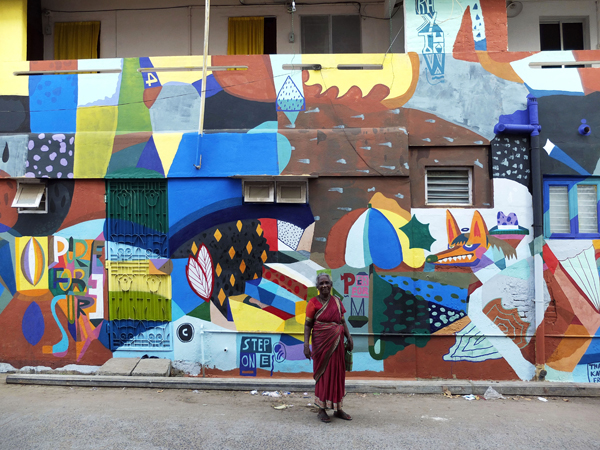 Another multi-disciplinarian is Spanish artist, Borondo, who creates art using a dizzying array of materials, including stacks of hay bales which he transforms into three dimensional images using an eerily realistic spray paint technique. 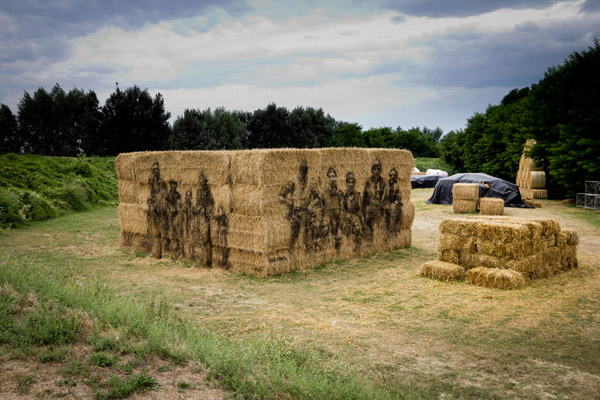 In other examples he uses a technique whereby he paints and scratches figures, faces and other forms into framed glass windows to reveal an etched image, which has a beautiful quality in itself but has extra dimension to it as light passes through it to reveal its negative shadows. In these and other ways his work exemplifies how certain materials and crafts can be a powerful resource to suggest concepts and feelings through their tactile qualities. 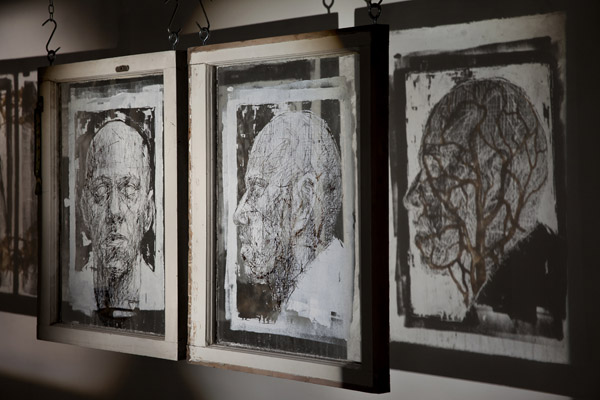 Drawing is such as basic tool, seemingly one might think that only so much that can be achieved through it, and that all possible new approaches to the medium would be exhausted. But in fact, this age old medium is having a revival as today’s artists bring new interpretations to it, and in the case of British artist Mark Francis Williams, drawing is being pushed to the limits with the application of bespoke techniques such as the multi-processed drawing and monoprint methods. 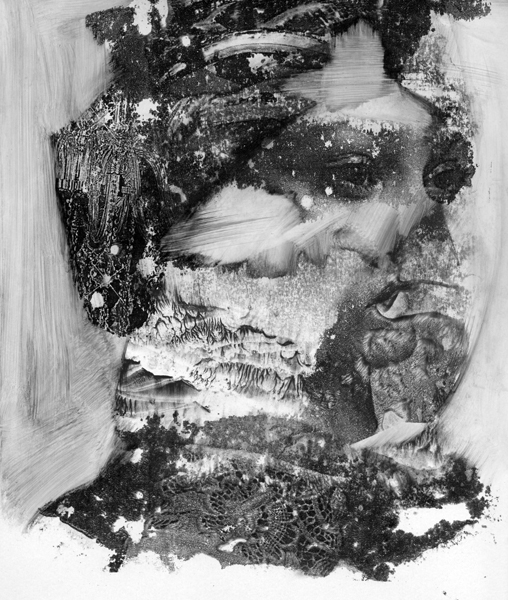 The quality or aesthetic of the artist’s mark becomes part of the work’s meaning, something that Mark Francis Williams views as “like the way a note is played in music… The distinctiveness of the line, dot, smear or scratch articulates and engineers the narrative of a piece.” 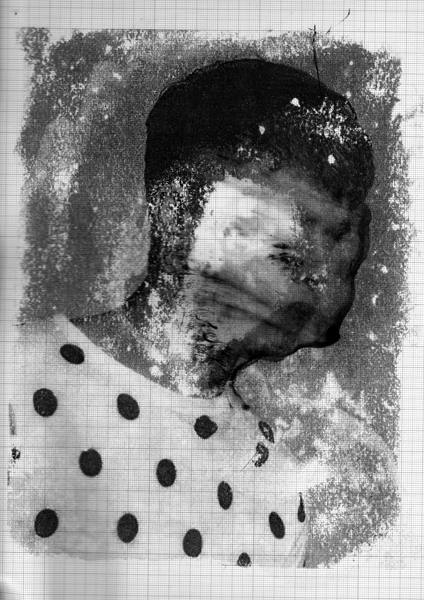 Danny Fox is an emerging British artist who makes mostly large-scale autobiographical paintings. They present a personal documentary that reflects real life events, feelings and personal fascinations. Painting often fast and furiously, Fox’s world is a mix of fact, fiction and historical references from the sublime to the mundane; everything from famous figures, reinterpretations of well known paintings or everyday imagery such as supermarket facades, gas works or motel signage. 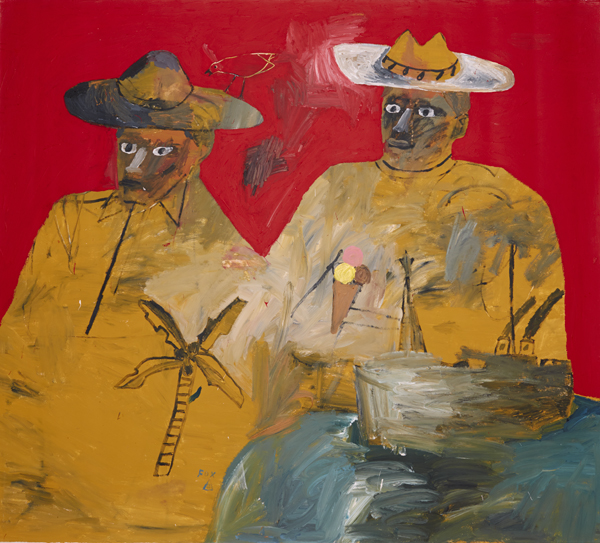 What feels fresh about Fox’s output is how he has taken elements of modernist painting and reimagined them for the 21st century. Creating a dynamic contrast depicting a hedonistic world of heavy drinking and pornography, counterpoised with stylistic nods and motifs from Classicism, the Parisian Modernism of Matisse and Picasso and the naïve energy of Phillip Guston. It is a reflection of a life lived to the full and a love of the language of painting. 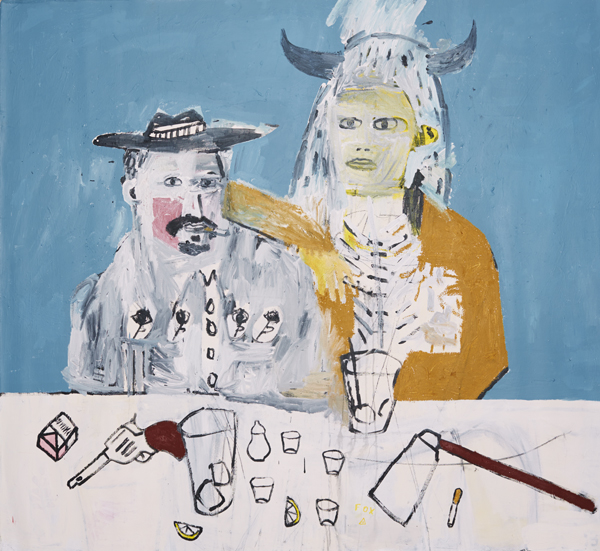