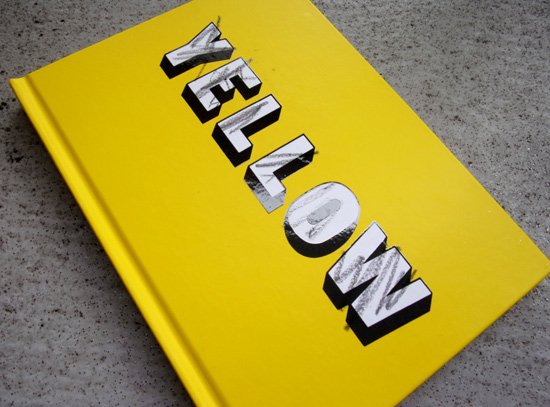 World events are constantly commented on in all areas of the media, and illustration is well suited to respond and comment on events that happen across the globe. An image can crystallise a moment, such as in Jean Jullien’s combination of the universal peace symbol with the Eiffel Tower which became a potent, and well shared across social media, visual symbol following the Paris attacks. Jean Jullien is one of the contributors to Yellow, a collection made up from a project which invited illustrators to comment on events across each week of 2015 (in the publication Jullien selected the death of blues legend BB King). 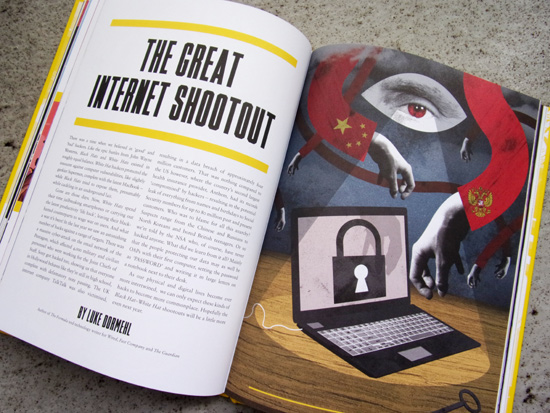 Others invited by editor, Daniel Humpry, range from those who constantly comment on society through their work, such as regular Varoom columnist, Paul Davis and cartoonist Ben Jennings, to those who are more connected to decorative illustration like Hattie Stewart. And the works often offer an interesting visual response to a wide range of news stories. 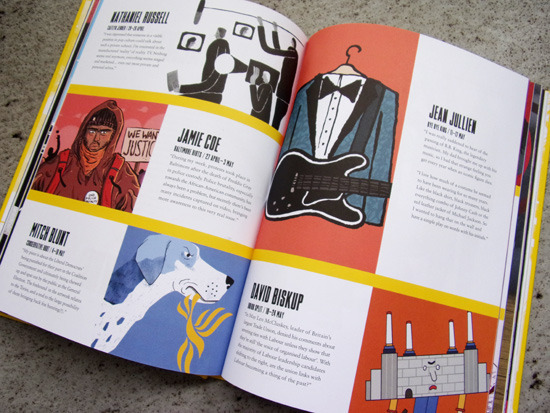 The images included in the publication have short written comment from the illustrators to give the work context, as each image was created around an event from a specific week, and cannot always be read as stand alone pieces. Some more expansive texts from illustrators refer to the frustrations of creating images and the age old gripe of illustration not being taken seriously enough, alongside the merits of self generated projects. Additional texts from pundits in the know, including Owen Jones, Luke Dormehl and Charlotte Church, usefully expand on some of the subjects covered. 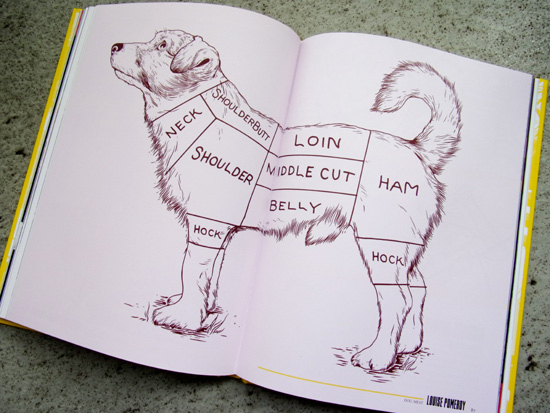 With its stated intention of allowing illustration to have the spotlight and, “for once, have words play the role of back up dancer”, Yellow is a welcome contrast to the illustration compendium publications which tend not to include topical or overtly political subject matter, and is worth supporting as an alternative to much of the branding and other commercially focused illustration that is often celebrated by our industry. 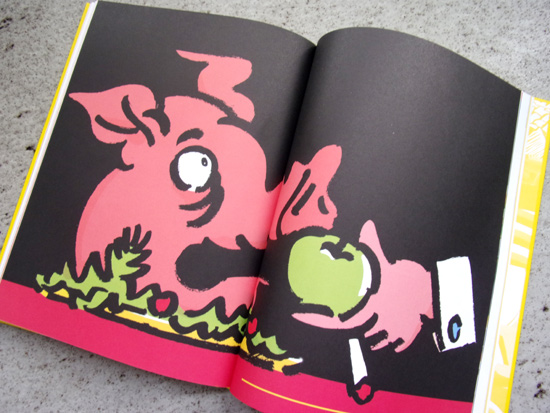 It’s worth noting that for some of the perceptions around illustration as a minor art form to be dispelled illustrators can encourage those commissioning (and each other) to read publications such as Yellow, and Varoom magazine which investigates illustration in depth.