We have recovered some interesting articles from another issue of Illustrators Magazine from the 1980’s Issue no. 35. The issue titled A day in the life of sincludes an article written by people professionally involved in illustration. The magazine editor asked a cross-section of people to outline a specific, or typical day in their working life. 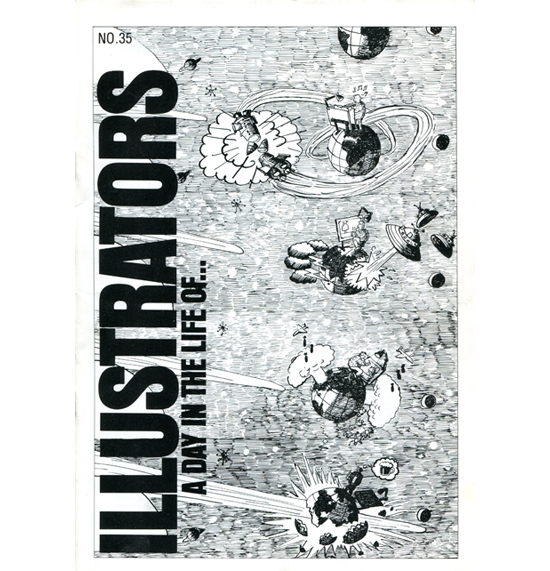 Illustrator, Gordon Crabb, describes his ‘composite day’ suggesting that his piece would be rather short and misleading if he were to describe a specific working day, as his days as a freelancer are rarely only concerned with painting. Here are a few extracts from his written piece;

“The early part of the day is a good example. After the breakfast/reading period I do domestic chores, chopping wood or maybe go shopping. In effect, I’m creating the equivalent of what in a different lifestyle would be commuting. That passage of time between surfacing and starting work, my bedroom and studio, are after all, next door to each other, not a very great commuting distance. Work, sleep, work, claustrophobic to say the least. I can remember, with no great affection, sitting for ages in my car, motionless on Hammersmith Flyover, so my method of commuting is now, to say the least, one of the privileges of being freelance.” 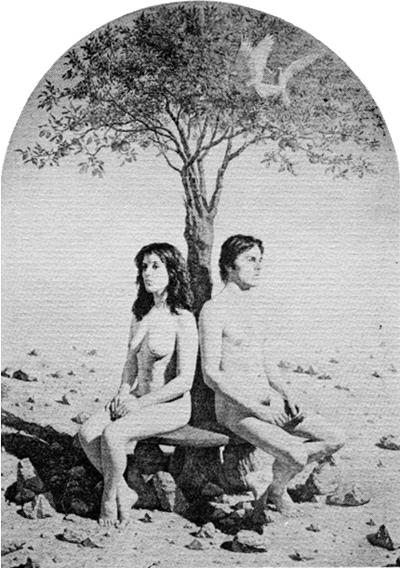 “A typical day’s work may not be very hard, but to describe it, is. The process of producing a book jacket, or any other form of illustration, basically involves three stages for me. Preparing reference, a pencil rough, and painting the finished artwork… More than eighty percent of any job is straightforward painting, and to try and describe a typical day’s painting would be absurd. I don’t, after all, count brush strokes, and neither do I start in one corner and work my way down, in complete square inches, to the opposite one. If defining what happens during a day’s work is impossible, determining when the job will be finished seems like part of the same problem” 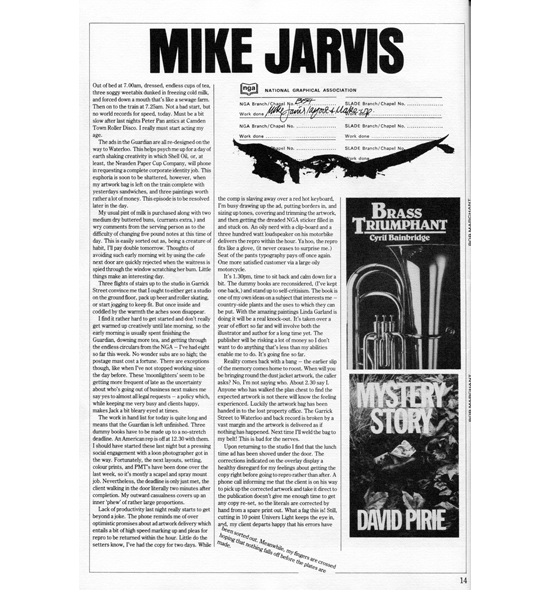 Mike Jarvis recalls a specific day in his life as a designer.

“Out of bed at 7.00am, dressed, endless cups of tea, three soggy weetabix dunked in freezing cold milk, and forced down a mouth that’s like a sewage farm. Then on to the train at 7.25am. Not a bad start, but no world records for speed, today. Must be a bit slow after last nights Peter Pan antics at Camden Town Roller Disco. I really must start acting my age. The ads in the Guardian are all re-designed on the way to Waterloo. This helps psych me up for a day of earth shaking creativity in which Shell Oil, or, at least, the Neasden Paper Cup Company, will phone in requesting a complete corporate identity job. This euphoria is soon to be shattered, however, when my artwork bag is left on the train complete with yesterdays sandwiches, and three paintings worth rather a lot of money” 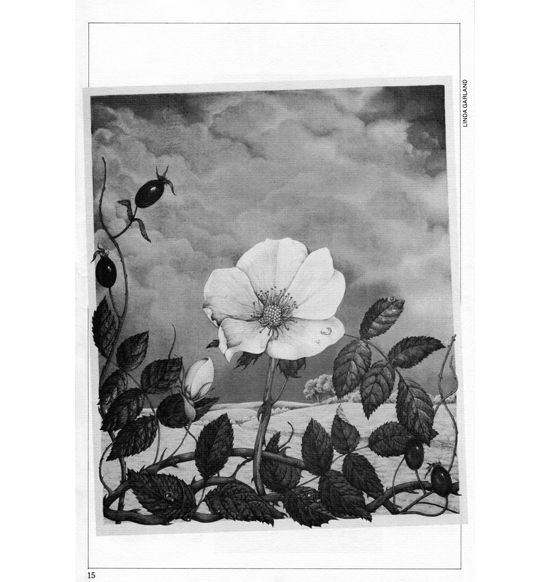 “Upon returning to the studio I find that the lunch time ad has been shoved under the door. The corrections indicated on the overlay display a healthy disregard for my feelings about getting the copy right before going to repro rather than after. A phone call informing me that the client is on his way to pick up the corrected artwork and take it direct to the publication doesn’t give me enough time to get any copy re-set, so the literals are corrected by hand from a spare print out. What a fag this is! Still, cutting in 10 point Univers Light keeps the eye in, and, my client departs happy that his errors have been sorted out. Meanwhile, my fingers are crossed hoping that nothing falls off before the plates are made.”