This new book compiles drawings and illustrations by legendary British illustrator (and AOI Patron) Ronald Searle (1920-2011) have been virtually unseen since their original publication in the 1960s. During this golden age of illustrative reportage, Ronald Searle—an influence on historic figures as wide-ranging as Matt Groening, Pat Oliphant, and John Lennon—was sent by American magazines such as Holiday and LIFE to far-flung and exotic locations. He would report back with a raft of drawings detailing his observations and experience in his trademark satirical and matchlessly virtuosic style. 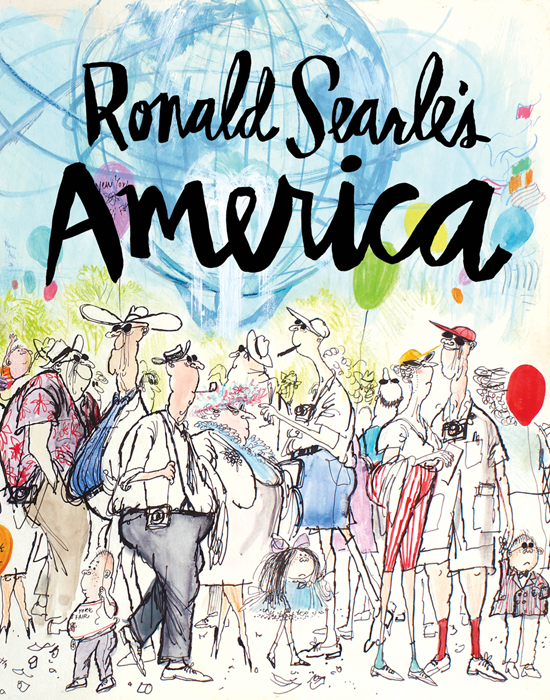 Dispatched to America in the early ’60s, Searle spent several years covering everything from sports to politics, from spreads on Palm Springs and Las Vegas to the Presidential contest between John F. Kennedy and Richard Nixon for magazines such as The Saturday Evening Post and TV Guide, capturing the essence of the American experience as seen through the eyes of a caustic Englishman. Edited by the passionate Searle scholar Matt Jones, whose Perpetua: Ronald Searle Tribute website has become the foremost resource for Searle fans, the book also features a running commentary by Searle himself (as well as his wife Kaye Webb), including the journal he kept during the JFK- Nixon election, providing historical context to his assignments, recounting funny anecdotes, and making insightful observations about the drawings.

The Ronald Searle exhibition at the Fitzwilliam in Cambridge is still on.