George Butler returns with an exhibition of works which covers all angles of life in Afghanistan at the historic moment that British and US military withdrew troops after 13 years of solid occupation.

“The three weeks I spent in Afghanistan in November and December 2014 were the start of a continuing diary of violence. These drawings purposefully show life a pace back from that violence: people washing for prayers, shopping, farming, building, learning and living. Much of the rural life reminded me of home and I’m excited to be bringing the drawings back to the Cotswolds’. George Butler.

George’s art works were drawn live in situ in locations throughout Afghanistan. The vivid pen and ink drawings created on the streets of Afghanistan are accompanied by his own descriptions. All reveal the impact of conflict on people, communities and society, as well as the welcoming attitude of the Afghans.

A A Gill comments: “We seem to have lost the art of the observational reporter with a sketchbook to photography, Butler’s memorable images show that a closely observed drawing is not just worth a thousand words but hundreds of photographs”

George believes that reportage illustration is as valid, viable and as powerful as photography and film in recording today’s news. As an artist and illustrator he is free to interpret the elements that inspire him and sees drawing as a way to offer the viewer a different angle.

A percentage of the profits will go to support the charity Afghan Connection who helped George in Afghanistan and support education for girls and boys across the country. 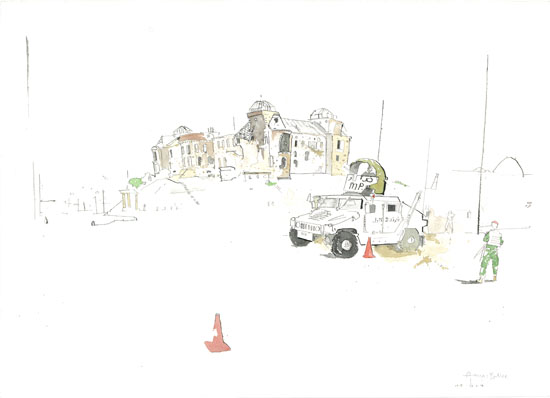