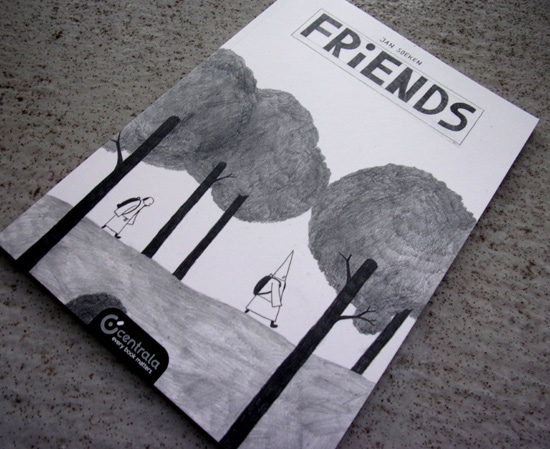 Anything can bring people together (even, disturbingly for most of us, membership of the Ku Klux Klan), and those friendship connections can be complex things, full of affections, frustrations and one-upmanship.

Jan Soken’s graphic novel explores the none to smooth dynamics between two friends – policemen – who have joined the Ku Klux Klan and, following email instructions, are walking to their initiation ceremony which is to be held somewhere in the forest they are trekking. Soken’s premise is based on a true story of two German law officers Klan members, but bizarre as it is, he uses it to look at the relationship between these two men as they bicker about whether they should keep their Klan robes on in the heat as they walk through the woods or help the dog they find in a pen, moving the initially slapstick story into something more tense. 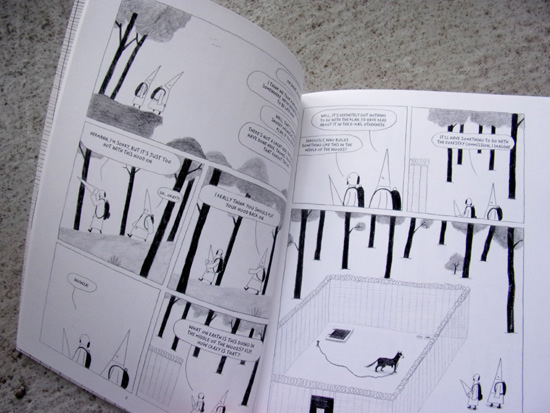 The humourous dialogue will feel familiar to anyone who’s had an argument with a friend, and it contrasts well with the story’s increasingly serious tone as concern over of the dog’s fate prompts some unforeseen consequences. 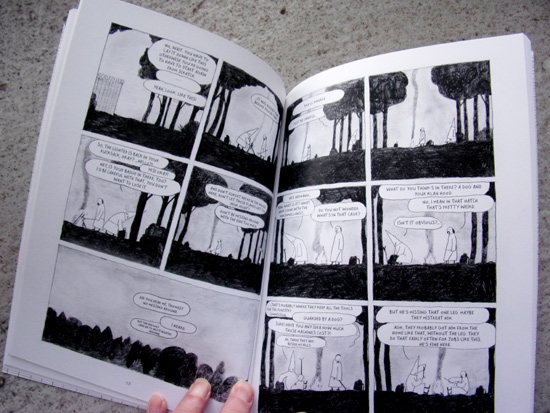 The simple artwork brings a variety of viewpoints to the action, with the graphite pencil work contributing to the feeling of the book being constructed from the author’s sketchbook. Rain falling in one scene adds movement and the sense of (possibly) impending fate. Soken has achieved a successful combination of subtle storytelling with effective artwork, mocking his protagonists, but making the reader feel a growing concern (for one of them, at least). 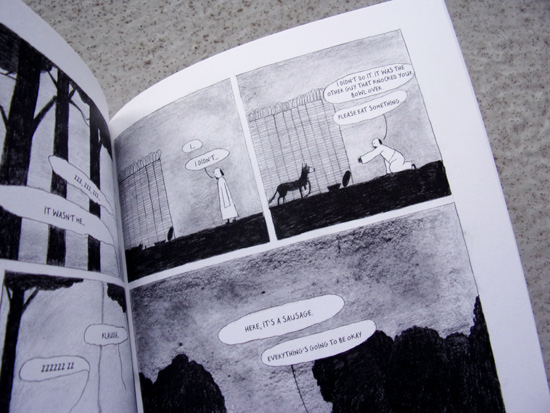