Tickets cost £16.00 (£13.50 concessions) and allow unlimited daytime entry to the Museum galleries and temporary exhibitions for a whole year.

AOI members get a special 2for1 deal when you show your membership card.

Eleanor Taylor’s winning image has appeared on London Underground as a poster. Here it is at Covent Garden tube station. 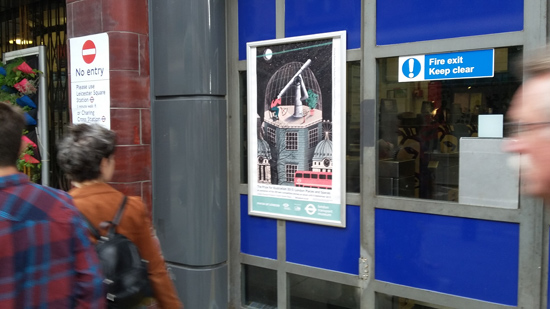 The Gold Prize was awarded to Eleanor Taylor for The Royal Observatory, Greenwich