Shortlisted for the World Illustration Awards 2015 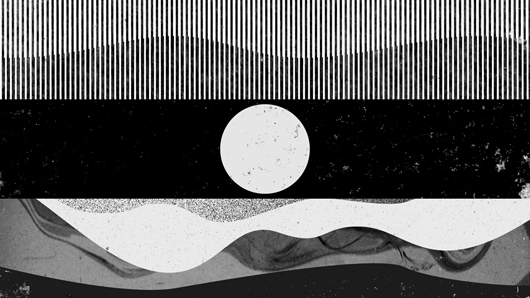 SPUTNIK, still from an animation created for Leonidas and Hobbes. Watch here.

What and who inspires you?

Currently I’m really interested in exploring the relationship we have with our environment and how we evaluate, navigate and represent our surroundings through subjective experience. I’m also fascinated by the potential for meaning to be formed from abstract aesthetics, in particular diagrammatic information like maps, and our assumptions/understanding of truth based on these depictions of reality.

A re-occurring theme and constant source of inspiration in my work is the contrast between the physical mapping or organization of what we define as real with the unknown, unrealized and imagined. In general I’m attracted to things which appear to me as being slightly odd, have a sense of otherness or allude to underlying narrative that pull you out of your normal way of thinking. I’ve always been drawn to primitivism, folk culture and ontology, but am equally inspired by the things I see on a walk down the street or through the woods.

I recently saw the Phyllida Barlow exhibition at The Fruitmarket Gallery in Edinburgh, which was super inspiring. 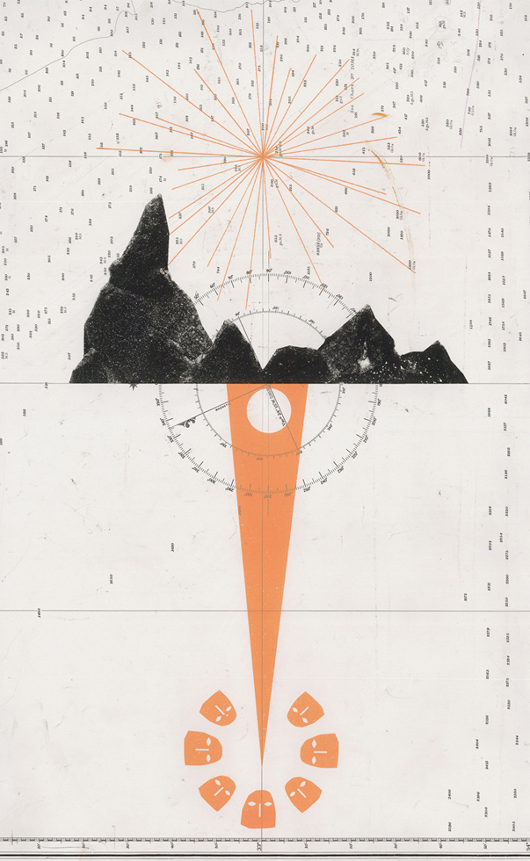 New Land, part of The Middle Place series – a personal project on place, perception and understanding.

Your work tends to manifest itself in a variety of outlets, from printed to animated. How important is it for you to keep multidisciplinary?

I often find I get ideas when I’m working on something completely different – particularly when I’m in the midst of an animation project with no time to do anything else. I think it keeps things fresh for me, so I never get bored of what I’m doing and encourages me to continue to be curious and explore.

How have your previous residencies shaped your practice?

The residency projects I’ve done have had a massive influence on my practice – I probably think about being back in the bothy on Eigg most days.

Doing a residency is a great way to challenge yourself, engage with different people/communities/ideas and learn new things. I kind of think of it as a life experience, which gives you a much wider viewpoint to draw from when creating future work. Having the opportunity of a bit of space to think and explore is really important for me.

I did a couple of workshops with the school and community on Eigg, and have done a few more since as a result, focusing on experimental map making, printmaking and animation. Aside from the obvious good karma of sharing your skills and having fun with it, it’s also made me much more aware of the potential for my work to be interactive and how much I enjoy asking people to engage with materials and create something themselves. 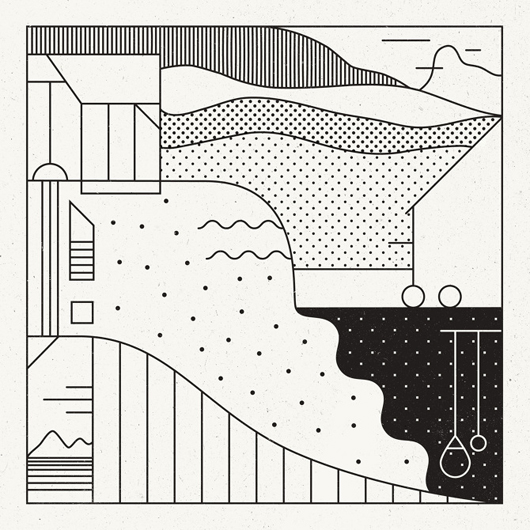 You recently got shortlisted for the World Illustration Awards with ‘Mapping Eigg’. Tell us more about this project and the process behind it.

Well this series was the outcome from a residency on the Isle of Eigg on the West coast of Scotland. I was invited by the lifeoffthegrid.net project at University of Edinburgh to examine how maps are perceived and used on the island, relating to the infrastructure of an off-grid community. I was interested in exploring the idea that maps fundamentally describe how we navigate the world through graphic abstraction, how markings in the land can influence graphic notation or vice versa and how the experience of space/place can be represented visually.

So I spent 2 weeks in a bothy, as part of the bothy project, exploring the island and meeting with some of the islanders to look at and chat about maps. I became interested in how maps seemed to be the catalyst for story telling, so thought I would try and make work using semi-abstract, cartographic and diagrammatic motifs to tell the stories I had experienced/discovered on the island, aiming to represent how I perceived and remembered the particular experiences and the spaces they occurred. The resulting “maps” aim to represent particular narratives from conversations, journeys and observations made during the residency – referencing locations, routes and elements of visible/invisible infrastructure.

To create the images I settled on what narratives I wanted to “map” and started drawing out how I could represent them, developing a visual language. Part of the brief was to have a tangible outcome, perhaps an edition, so I decided to create lino-prints, turning the bothy into a mini print studio. I had printing materials with me to do workshops with the school and local community. I really enjoyed printing in an environment out with the studio, but felt the images still needed developed. So when I got home I worked the images up digitally and created a screen-printed edition.

You can see more about the project on the bothy project blog – www.thebothyproject.org/david-lemm 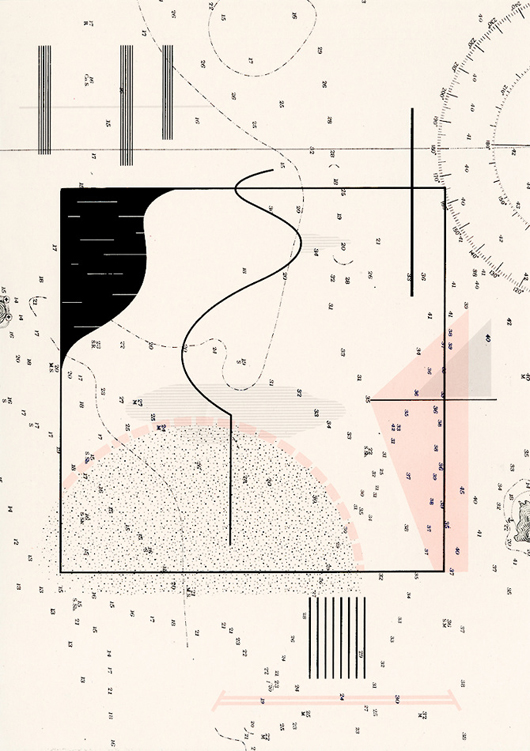 What outcomes can we expect to see from your current residency in House of Illustration?

I’m still very much in the research stage, but already I think I’ll be doing less digital work. One of my reasons for applying was to explore different techniques, perhaps focusing on a hand made/physical approach and I’ve been drawing a lot more than I have for ages, so maybe some of that will see it past development stages. I have a work in progress exhibition 5-8th November, then the full exhibition in January, so have a bit of time and don’t want to plan too much too soon. I’m also doing workshops and events around Granary Square and N1C, which will inform my outcomes.

It’s such an interesting time around Kings Cross, which I didn’t realise when I applied. I’m going to be developing some ideas from the “Mapping Eigg” project, exploring map-making in relation to the local area and considering how illustration can almost be thought of in ethnographic terms as a tool for exploring, representing and maybe understanding the world.