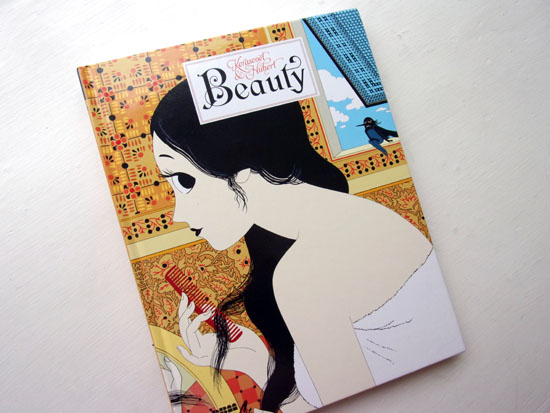 Simple line drawn characters and lush block colours make way for a rich multi-layered narrative, with a visually appealing cast and plenty of scheming and violence. Whoever said comics were only for children was truly mistaken. 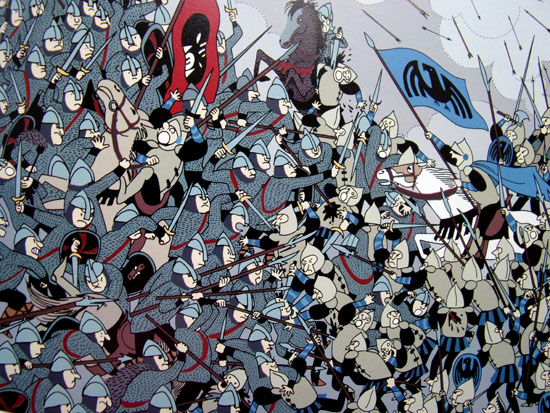 Beauty comes from the minds of Hubert and French illustration duo Kerascoët (Marie Pommepuy and Sebastien Cosset). It’s a cautionary tale with traits most of us recognise: charming princes, fair maidens, hidden fairies, mighty castles and a frog restored to its true form with the power of compassion. 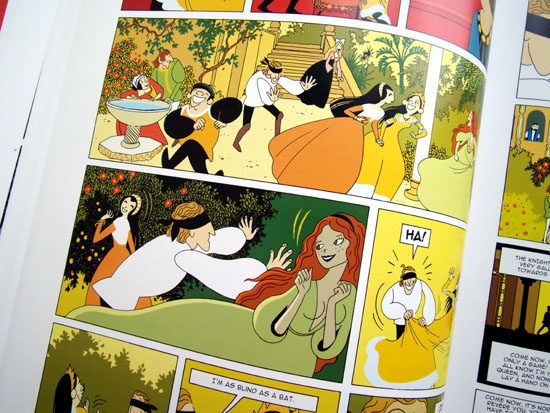 Coddy is a girl mistreated by her Godmother and mocked in the village for her lack of beauty. When she releases a fairy from a spell and requests to be beautiful, she’s immediately transformed into a magnetic femme fatale in the eyes of anyone who gazes upon her. Soon problems ensue and her fate changes dramatically. 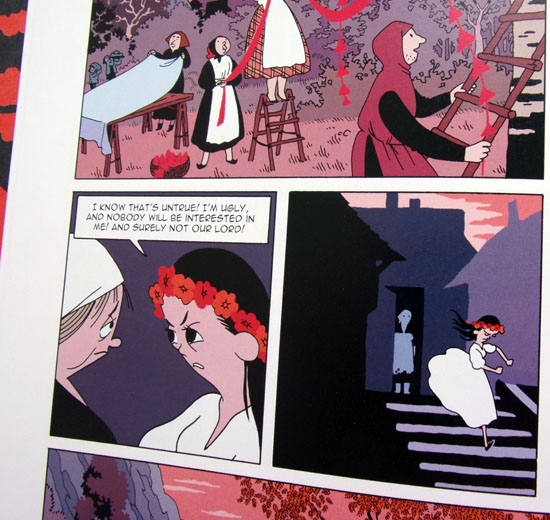 Seemingly innocent characters portray serious adult themes – Selfishness, corruption, jealousy, pettiness and greed between them. Despite of its fairy tale qualities, Beauty succeeds at being an impressively realistic story. Nothing is entirely black or white, and nobody is entirely good or evil; every person has a role to play and a purpose within the world Hubert and Kerascoët create together. 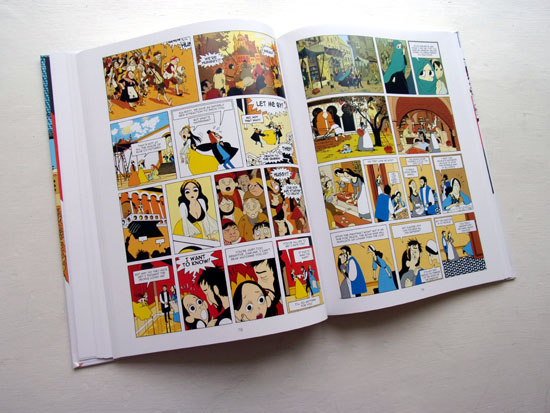 Beauty is one great example of how pictures and words marry together in perfect harmony, and subsequently produce a tale of epic proportions. It’s not to be missed by any avid comic readers. 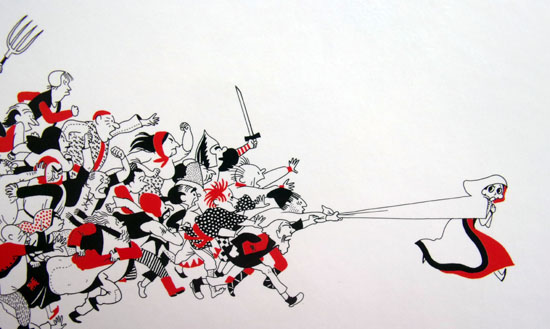