As part of Varoom‘s Fashion issue we look at changes in children’s books. We all have deep attachments to the illustrated stories and characters of our childhood, but the fact is image-making fashions change. Bridget Strevens-Marzo’s Varoom 28 article gives a window on the different fashions in the UK and France, and reflects on some timeless visual traits and some more recent and future fashions. Below is Point 4, extracted from the 6 Fashions in the article:

Even if you could see Mouk as a very distant French descendant of Richard Scarry’s popular Golden Books of the 1950-60s there was nothing else around like him at that time. 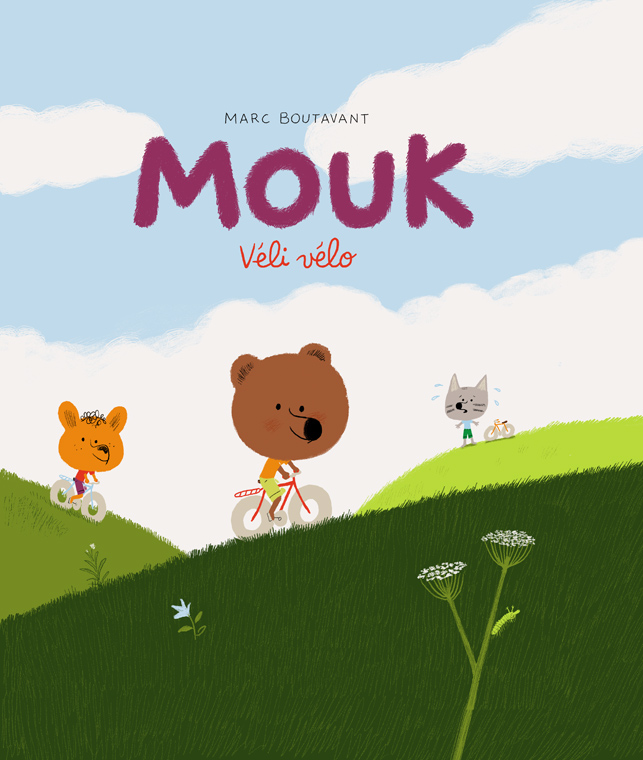 Mouk and his friends interrelate like real kids, in an everyday world full of exquisitely described narrative detail. You are pulled in to living inside those pictures – opening the fridge door in one picture to examine all the food inside or joining Mouk under the newly lit streetlamps along a country road at sunset.

Years later, Boutavant’s much bigger book Around the World with Mouk travelled the world with plenty of co-editions. So that when German publisher Reprodukt reprinted the earlier Véli Vélo, Marc Boutavant updated the features of his characters to match his more recent internationally published book. Mouk and his friends now have the bigger eyes of that more recent co-edition success. It’s just one interesting example of digital updating – of how an artist might follow his own trend. Marc Boutavant now also has his imitators – the best form of flattery, they say. 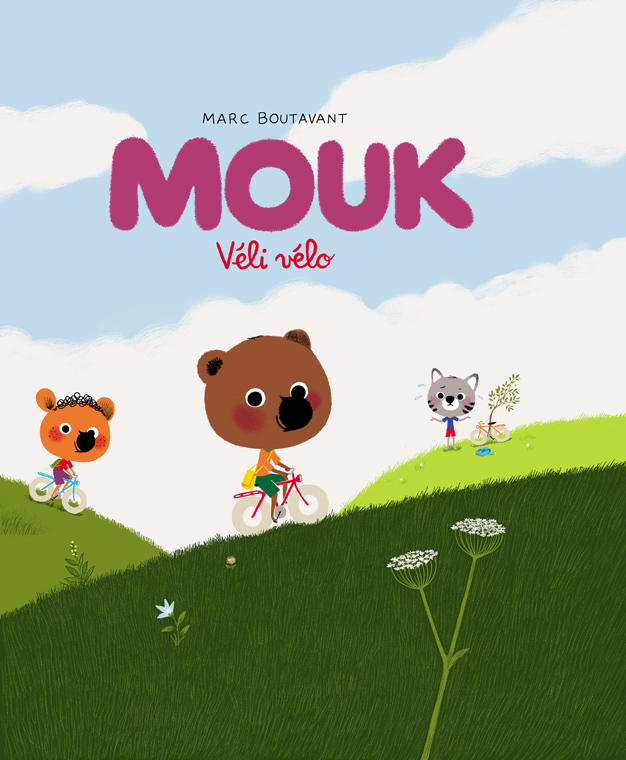 The whole 6 Fashions in Children’s Books article can be read in Varoom 28, available here