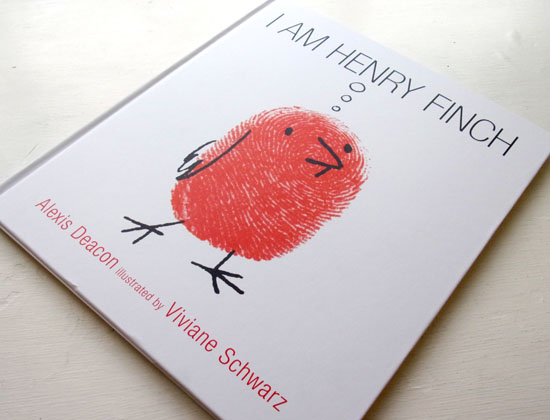 For the philosophical thinkers and the daydreamers amongst us, I Am Henry Finch by Alexis Deacon is an ideal book for thought-provoking inspiration to start off the New Year. A unique story of a young finch, destined for greatness who begins to challenge the normality of his ordinary everyday life with his flock. Philosopher Rene Descartes once quoted “I think, therefore I am”. Henry Finch reflects this, and during the story proves his courageousness by being swallowed by a massive Beast and surviving to regale his flock with the thoughts he began to have whilst inside the creature, in turn encouraging them to do the same. 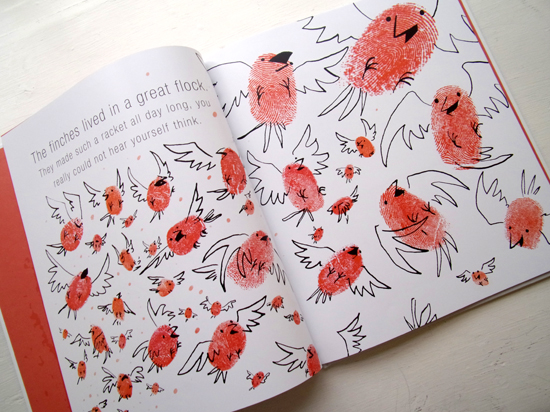 Viviane Shwarz’s unique illustrative style of simplistic, yet charming, finger and thumb print birds enrich the text. Quirky and animated, with cartoon-like wings and faces, the fluttering birds wrapping around the text create commotion as well as dynamic compositions. The Beast’s faded blue green water-colouring slightly contrasts with the bright red of the birds. However, the compositional angles of the monster allude to its great size, reflecting the impulsive yet daring risk Henry makes. 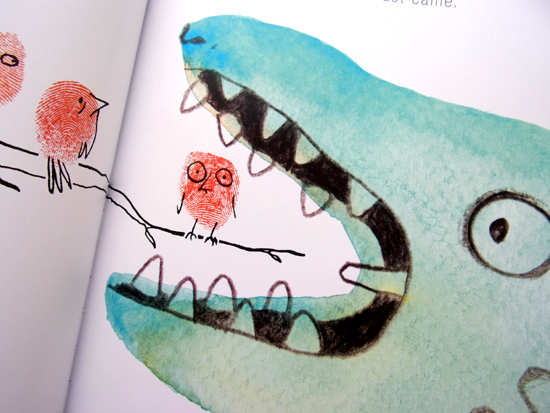 The fast paced, accessible text allows this book to have great read out loud potential. The drama of Henry’s quest for greatness to dive into the Beast’s mouth to prove his heroism is illustrated expertly in contrasting black and white to portray the dark insides of the Beast’s stomach. Eventually convincing the Beast to become vegetarian, the silhouetted creature spits Henry out, setting him free. The small black outlined illustrations throughout are simple, yet instantly convey the playful tone of the book.

Aimed at younger readers, the story telling should test a child’s curious mind, expanding their imagination and allow them to engage in the complex topic of philosophy, in a simplified, lighthearted manner. Yet amusing and intriguing enough for the older reader, allowing us to briefly reflect on our own philosophical thoughts and aspirations. 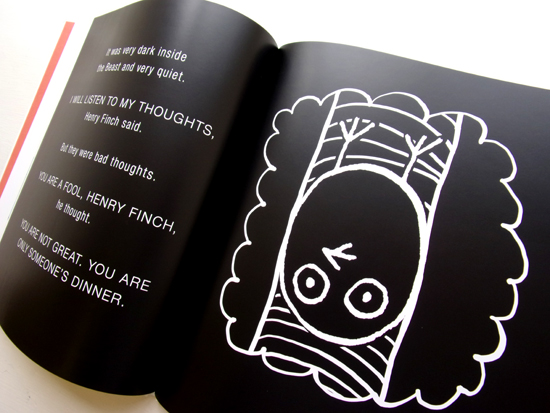 Amid Deacon’s witty undertones and Shwarz’s appealing illustrations the story of Henry’s courage unfolds. Overall, I Am Henry Finch is an appealing children’s book, and suitable for vegetarians too.

A Bed for Bear