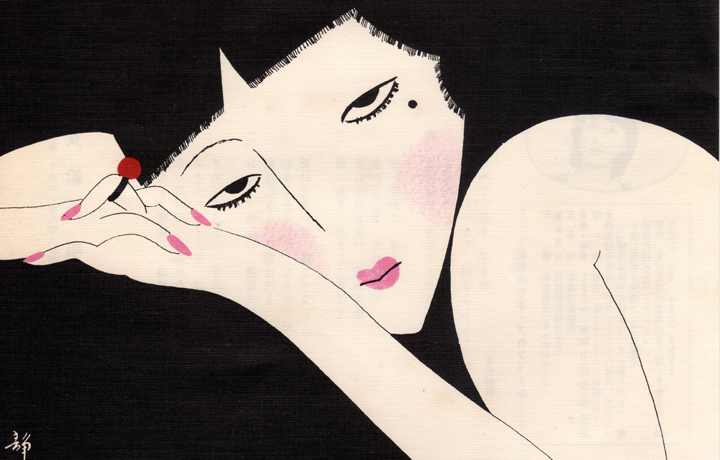 The experimental comic books of Seiichi Hayashai are being discovered by a new generation in the West. In Varoom 27, Zoe Taylor explains how his approach transformed a tradition of image-making, and discusses style, process and exploration in an interview with Hayashai himself. Read on for an extract of the interview.

ZT: I’ve read that story-based manga was always aimed at children but around the time that Garo launched, there was suddenly a growing interest in manga for adults. Why do you think this happened?

SH: [laughs] It was mostly college students that were reading my work and then the more mainstream magazines started doing specials about this freak phenomena that college students were also reading comics. It was kind of a shock. It became big news. When you go to university, you’re expected to read Descartes or Kant or Barthes, so what the hell were students doing reading kids’ things?

Extract from Flowering Harbour, recently published in the UK by Breakdown Press

ZT: You started your career as an animator. What led you to start creating works for Garo?

SH: Animation paid. So I kept doing animation. I worked for Tōei Animation Studios. They started doing short films that they added to the long films they were making. Sometimes I worked 72 hours straight – eventually my health became bad, so I stopped. I started drawing comics and I felt that compared to other mediums they were really backward. You know, in film there was Godard, the Nouvelle Vague – they were really pushing things – and in the art world there were things like performance art. I felt that manga had been unexplored as a medium.

ZT: With your work for Garo, you started doing things with manga that hadn’t been done before. What were your influences?

SH: The manga tradition is like film, in the sense that there’s a script and manga artists have some kind of notebook where they’ve sketched out the story. So, even before they start drawing, there’s a very distinct idea of how a narrative is going to come together and they build up images based on that written story. What I wanted to do was something more performative, where you start with an image and you build up from there. My colleague Maki Sasaki, who also published work in Garo, was also doing some very experimental things with narrative but I went even further in that direction. I would just draw pictures and then put them together, so there’s this idea that you start with the picture and you build up, not necessarily a story, but a kind of image base.

Garo No. 72, February 1970, supplementary issue on the artist

ZT: Did you draw completely from your imagination when you were doing the work for Garo?

SH: I started with different things – some were from imagination. What I always did unconsciously was start somewhere and develop a kind of style. As soon as I perfected the style I was going for, I would intentionally cancel it and start again from scratch. That was my working method.

ZT: And is it the same now?

SH: I want to maintain some sort of central amateur quality to the process when I start over.

ZT: Because it keeps things fresh?

Dwelling in Flowers (1972) courtesy of PictureBox

You can read the full interview in Varoom 27: The Hermenauts issue, available to purchase here.