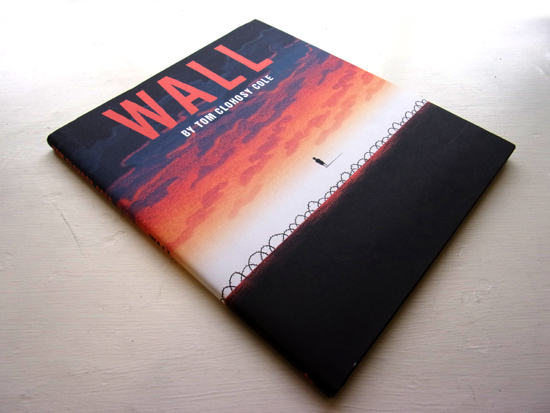 Wall by Tom Clohosy Cole was released this year to coincide with the 25th anniversary of the fall of the Berlin Wall. Focusing on themes of separation, the book centres around one boy’s struggle to reunite his family which has been torn apart by the wall, with his father on one side and him, his mother and his sister on the other. 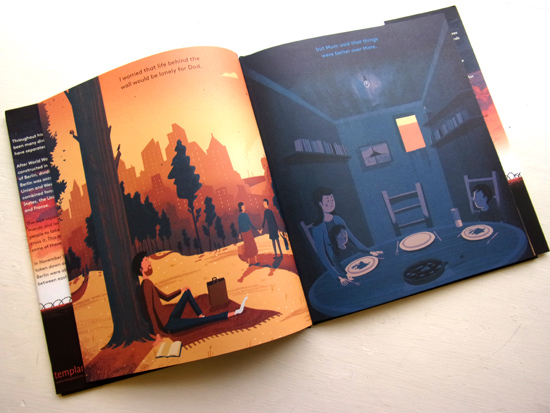 Immediately, the visuals of the cover design stand out. It’s filled with vivid colours and textures, and this is true for the rest of the book as well. The colour palette of Wall is very dramatic, with lots of soft yellows and oranges alongside deep blues and purples. These contrasting colours allow Cole to create some interesting compositions with light and dark that reflect the separation caused by the Berlin Wall. This contrast could also signify the perceptions of East Germany and West Germany- for example, in one spread we see the boy’s father as the boy is imagining him, sitting in a sun-soaked park whilst families stroll around peacefully together. Opposite we see the other half of the family sitting in a dark room, accompanied by the text “Mum said things were better over there”. 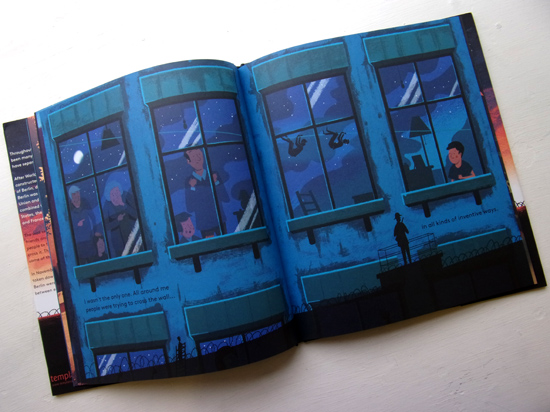 Throughout the book, the wall itself is depicted as an ominous presence. It can be found somewhere within almost every double page spread, whether it’s as a giant, looming obstacle dwarfing the boy, or only just visible through a window or in a reflection. This constant presence seems to represent the notion that the wall is always on everyone’s mind and affecting their day-to-day lives. These subtle depictions are cleverly illustrated by Cole, and make for some of the most intriguing and beautiful spreads in the book. 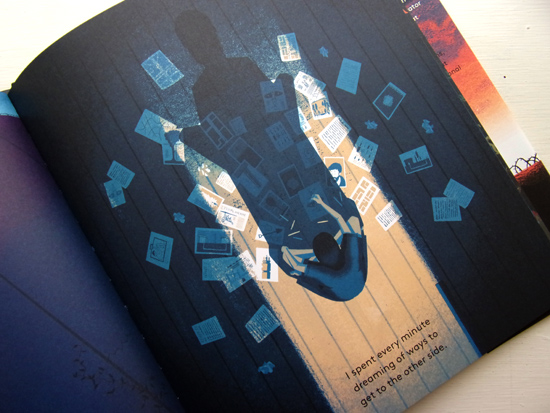 Visuals aside, tackling a subject like the Berlin Wall within a children’s picture book is no easy task, and Cole is brave to have attempted it. In general, Wall seems as if it would be a really good way to introduce children to the topic, and a good starting point for parents who wish to begin explaining the history of the Berlin Wall. However, it’s difficult to portray such a heavy subject 100% successfully in a children’s book, as if you leave the narrative too rooted in non-fiction it can quickly become too gruesome and complicated for young children, but at the same time you don’t want to gloss over the seriousness of the situation.

Cole has tried to find a balance between these two extremes by using a narrative approach, and telling a fictional story inspired by the incredible risks people took to cross the wall. The narrative isn’t exactly light-hearted, but is more of an adventure story that will captivate a child’s imagination, perhaps lacking some of the horror of the actual events. However, Cole hasn’t necessarily tried to skim over the situation, and there is one spread in the book which effectively captures the awfulness of the wall. This striking spread is the only one in the book which is illustrated in black and white, and shows one of the many attempts at crossing the wall which ended in death. 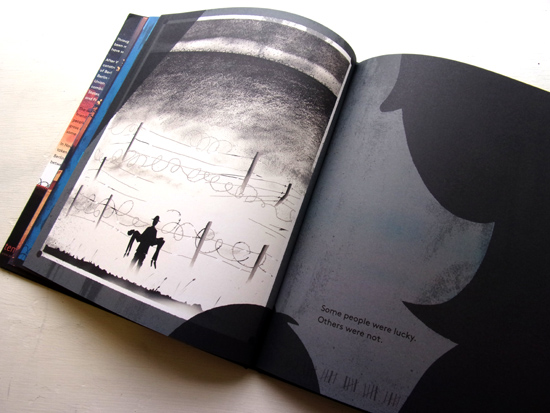 Overall, Wall is a very emotive book, and a brave attempt at introducing a very grim and important moment in history to children through a picture book. At times it may not fully depict the seriousness of what really happened, but it is nonetheless a good starting point. The visuals of the book are spectacular, and as a hardback it is an object to treasure, which will capture the imaginations of children and adults alike. 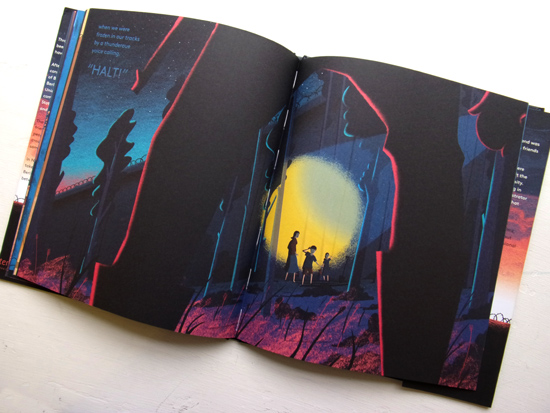 You may also be interested in this book review