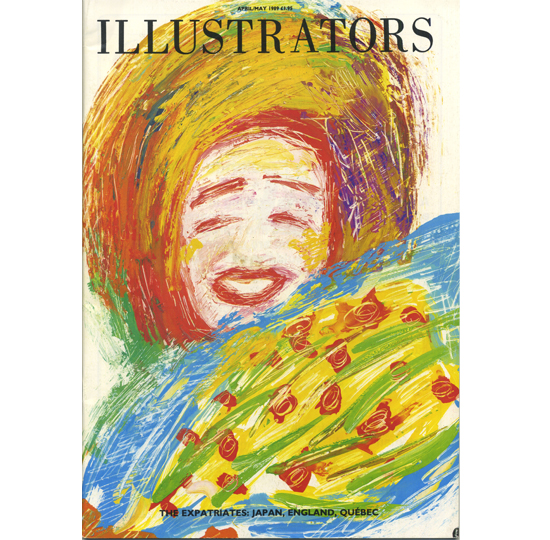 We continue to look through the archive of the AOI membership publications, discovering Illustrators magazine from 1989  The Expatriates Issue, featuring articles by illustrators working in Japan and Canada discussing the influence of culture and industry differences on illustrators and their practice. 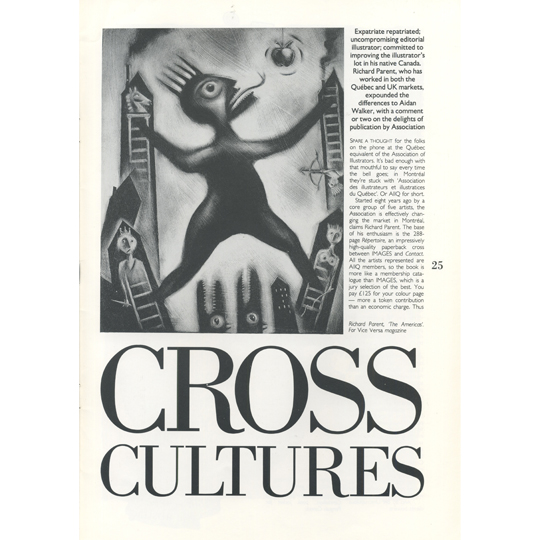 The Canadian editorial illustrator Richard Parent discusses the differences between working in Canada and the UK in ‘Cross Cultures’. 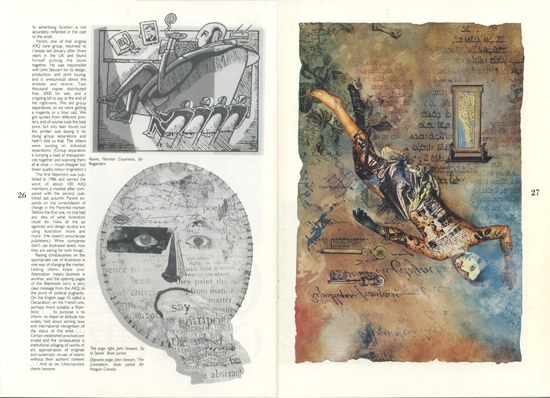 “It wouldn’t be stretching it too far to point to Parent as pivotal. Founder member of AllQ [Association des illustrateurs et illustratices du Québec], designer and production manager of The Book, bilingually articulate. But that’s Montréal, and his work has a high UK profile. Some believe there are few artists here (count them on the fingers of one hand) whose imagination matches his for passion, commitment and the rare quality of ‘dis-ease’; by which is meant his pictures make you uncomfortable, and a good thing too. Why did he come to the UK, and why did he go back to Canada? Is his style more appropriate to England, is it typically Canadian, or was he out on a limb there?” 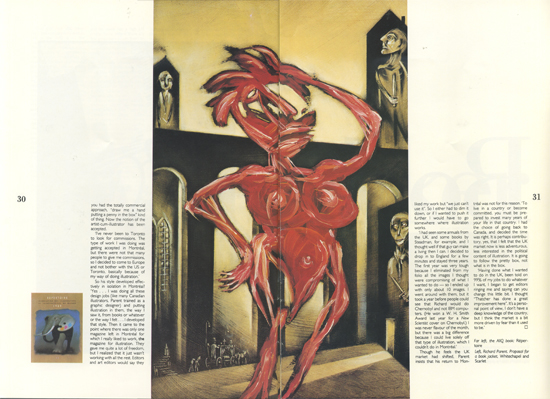