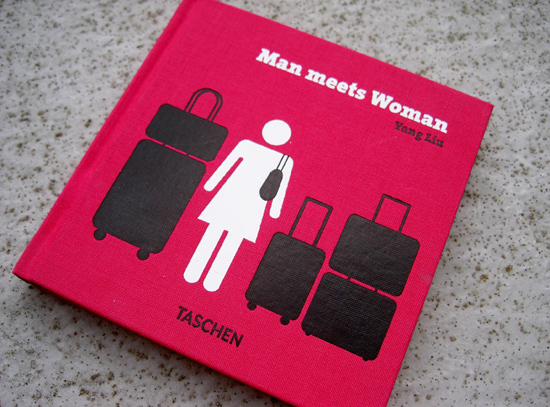 Leafing through Man Meets Woman, where each spread offers the sexes different takes on various viewpoints, you realise that your preconceptions are being challenged. You find yourself wondering if the differences between women and men are pre-determined, cultural, or just constructs that are willingly absorbed by each generation, with a few subtle variations which ebb and flow with each passing decade. 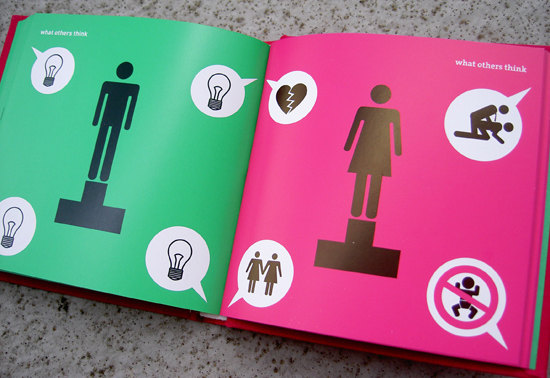 In age where conservative views of gender are seemingly becoming more entrenched, there’s an emphasis on the comparison between the two sexes doing or achieving the same thing, but being viewed and judged differently. Surely a successful man has always had great ideas to get himself to an enviable position? But has a successful woman been either strategically shagging someone, will never find love, or someone who has given up the option of having children? Lui’s pictograms raise these points, through simple colour coded images, with the graphic approach making her points very readable as the reader is presented with ‘men’s’ views on the left and ‘women’s’ on the right. 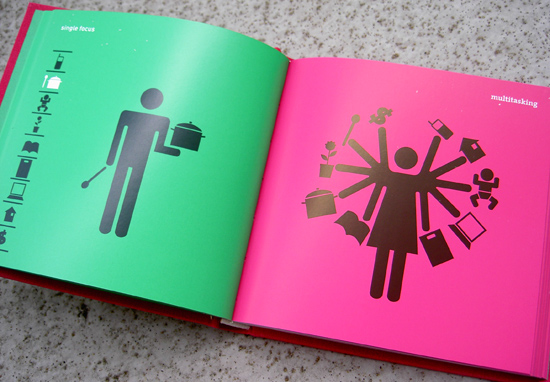 Are these observations on the sexes truisms, or a reinforcement of gender clichés? Readers have to make their own minds up, but the juxtapositions of male and female reactions raise a smile and wry acknowledgement that this is how many people act and (appear to) think. 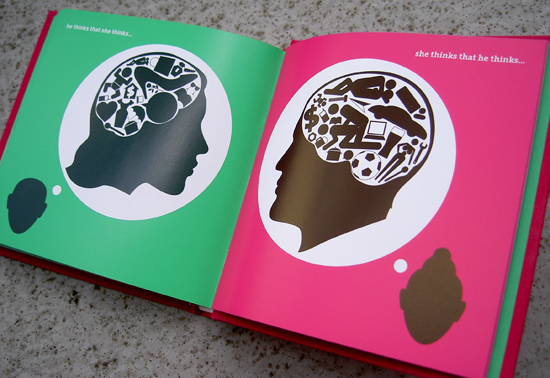 Both men and women will find themselves agreeing and disputing Lui’s presentations of gender characteristics, but dipping through Man Meets Woman will give both sexes amusement as well as a pause for thought.

Yeah, for a start, where are the depictions of the men who love art?!