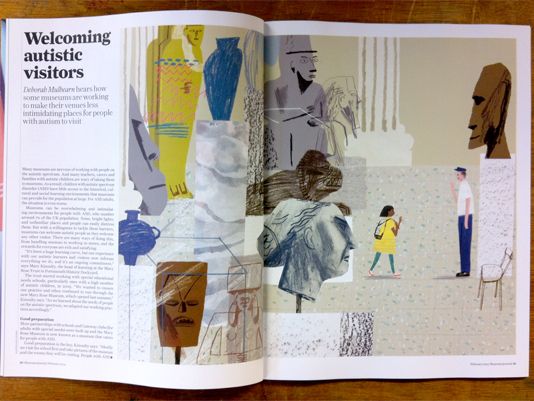 After school I decided wanted to study art and design, motivated by the fact I enjoyed it and that as a subject, it had a level of enquiry, a chance to question things. It was also the first subject where someone asked, ‘what do you think?’ rather than just wanting a correct answer. I started by heading down a Fine Art path but then stumbled across Illustration. The idea of an art form that could communicate through everyday media, such as newspapers, record covers, posters etc. really appealed to me.

When a company for a commission approaches you, what are the first three steps you take?

It depends on the job but this is my general approach; I read through the text/brief that relates to the commission. Then I read it again but start to draw at the same time. Next I start to research, to expand upon the ideas and help them move forward.

I’ll often take a quick walk in order to return and take a fresh look at the ideas. It’s then a question of just testing a few that seem to have the most potential. 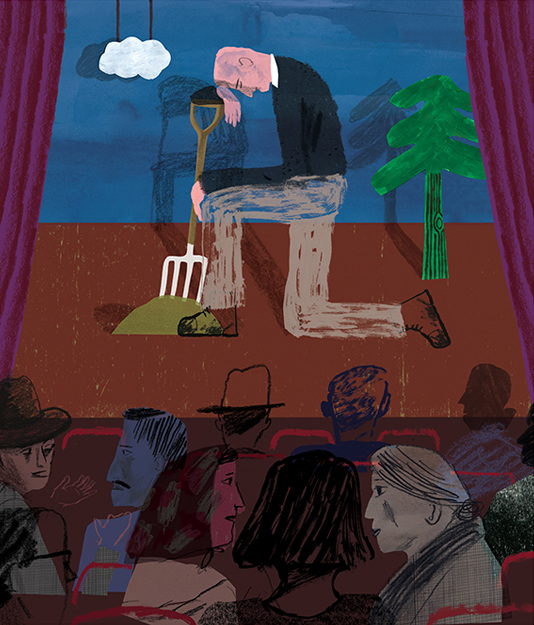 Your part of Peepshow Collective, how has being part of this creative group influenced your own practice?

I think being part of a group allows you to be braver. You can try more ambitious and unusual projects that are more manageable as a group than if you were to undertake them on your own. You also get to work outside of your own visual language and not just remain in your own small ’illustrative world’. It makes you challenge your skill set and see how else you can apply your visual thinking.

I think its good for an illustrator to let go of their own style and see how else their thinking can manifest. 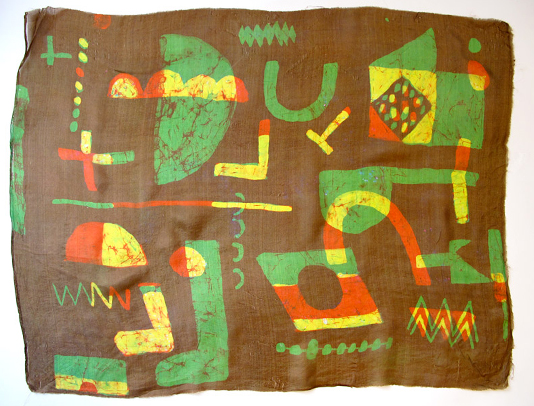 You’ve recently been working on an animation project ‘How we got to now’ and have been exhibiting Artwork on textiles. How important do you think it is for illustrators to experiment with a range of mediums and processes?

I try to expand upon and try new things as part of my daily practice because I hate the idea of knowing what I am going to do before I even sit down at my desk. It’s weird to even think of these things as ‘experimentation’.

Its important to me to be able to shift my thinking and visual language around and see how it can be effected by a technique, but I don’t think it is an essential part of being illustrator.

Experimentation can be just making small adjustments and asking focused questions of your work to keep it moving forward. It doesn’t have to be wildly changing direction every week. Some people may have an interest in a very specific field and therefore should just stick to that path.

My personal influences have always been artists who lack consistency and keep asking questions of their own work. Illustration, as a trade, doesn’t accommodate that so well as traditionally you are trading of a sort of consistency. Maybe that’s why I don’t like most illustration? But I don’t think it has to be that way. 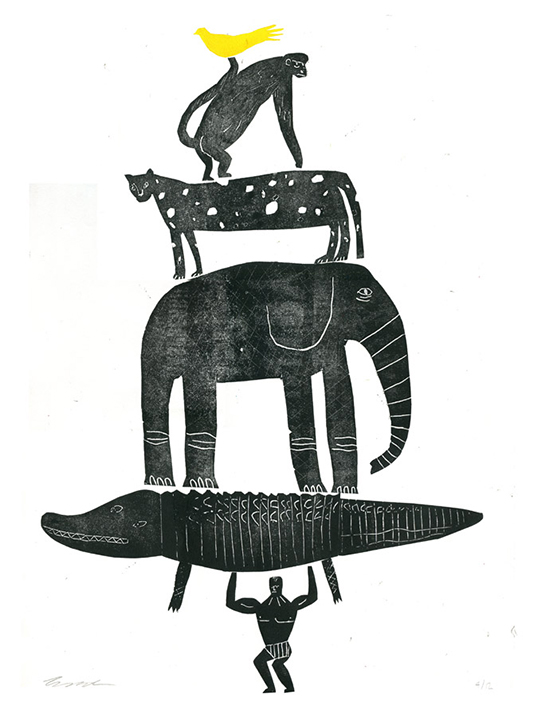 Do you see clients using more moving image, even in traditional fields such as online editorial?

Yes, its defiantly an expanding platform, but I think it been heading that way for a while. I don’t think it a case of one replacing the other. Moving image and a singular image communicate in a very different way. With animation you have time, sound etc. compared to the skill of depicting a ‘frozen moment’.

Influences change all the time so here’s a short list of current and past: