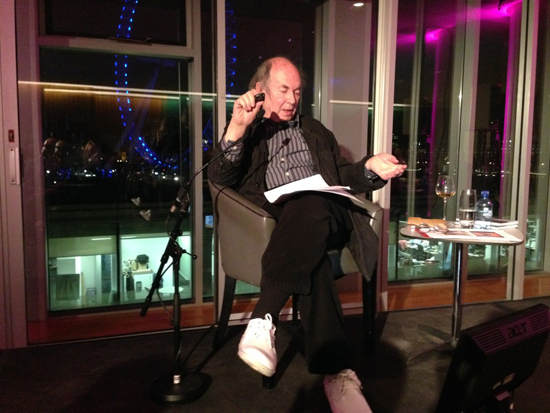 Quentin Blake shows Simon Scharma around the new House of Illustration and talks about his work and a new exhibition in this interview in the Financial Times.

It was in 2009, that Varoom (Issue 11) spoke with one of Britain’s best known illustrators Quentin Blake about his part as “visual architect” for the “world’s first centre dedicated to illustration”. It was in 2002 that Quentin Blake laid the foundations for The House of Illustration, a place where ‘ exhibition will look at what has happened in the past, what is happening in other countries at the moment, and what might happen next.” – Blake.

The House of Illustration hosts Quentin Blake’s landmark exhibition ‘Inside Stories’ which will feature original works from 9 of his books. Including titles such as, Roald Dahl’s The Twits and Danny the Champion of the World as well as his own Clown and The Boy in The Dress by David Walliams. Other authors include John Yeoman, Russell Hoban and Michael Rosen with the corresponding illustrations.

The exhibition will include original roughs and storyboards, many of which have never been exhibited before. These illustrations will coincide with the finished artwork to show the evolution of the works. The exhibition will also display Blake’s wide range of techniques, medias and subject matters.

AOI will be present at the House of Illustration’s Illustrators’ Fair this Sunday.