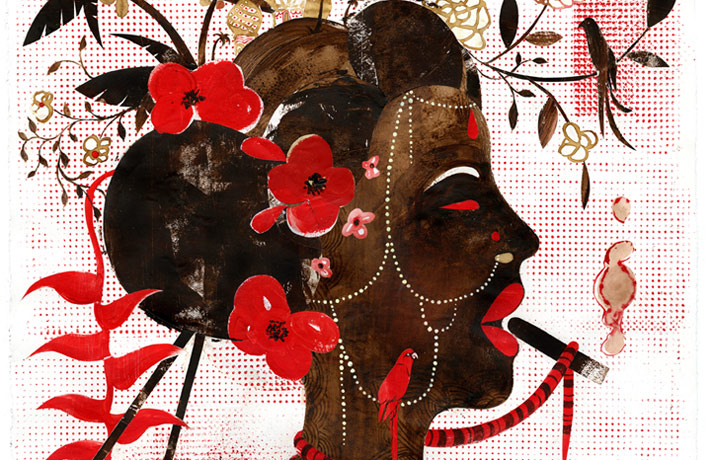 Issue 17 of Varoom explores illustration from the BRIC’s – Brazil, Russia, India and China – the world’s emerging economies.
With cover artwork by Cuban American, Edel Rodriquez, combining elements from these countries, Varoom 17 looks out across the world, commenting on Culture Vs Commerce in China, where Alan Male discovers the faultlines in Chinese commercial image-making as the economy booms. Will a new illustration community emerge? Brazil’s Eduardo Recife is interviewed his collaged illustrations that give the bright, upbeat and vintage, a twist of the modern, downbeat and alienated. 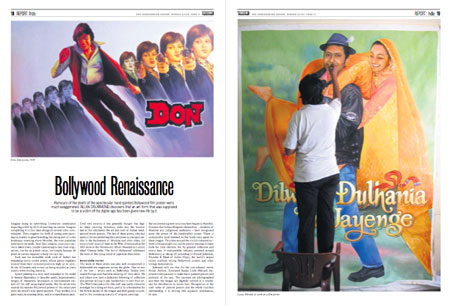 The Bollywood hand-painted film poster is revealed to be far from dead, with a whole a new global audience in the digital age, as recognition of the craft value of painted posters and the whole tradition surrounding it drives this apparent renaissance. 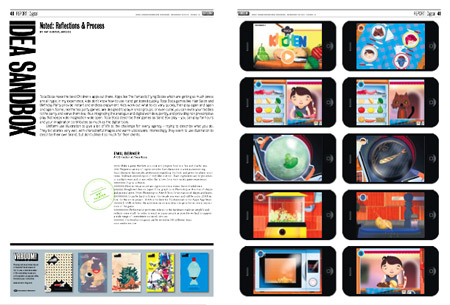 Varoom’s contributing editors dig into a selection of great new work in various fields, including new kids apps, Beatrice Alemagna’s new children’s book, cooking app for kids, the Tree of Life (and Death) from Will Dawburn, ritual slaughter reportage from Indonesia and intriguing illustrated maps by Herb Lester Associates. Gary Taxali (who has recently collaborated with the Royal Canadian Mint to create a series of six celebratory coins) selects  the  image that makes him think ‘I Wish I’d Done That’.

Varoom 17 individually or as part of a subscription is available from the AOI shop. 64 pages of great images and insightful comment. See the world in a new illustrative light. 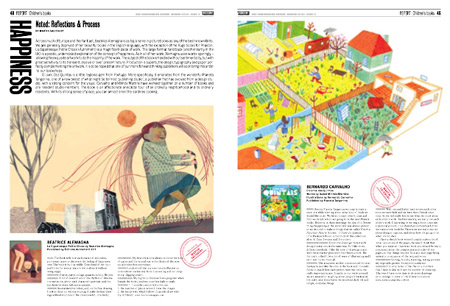