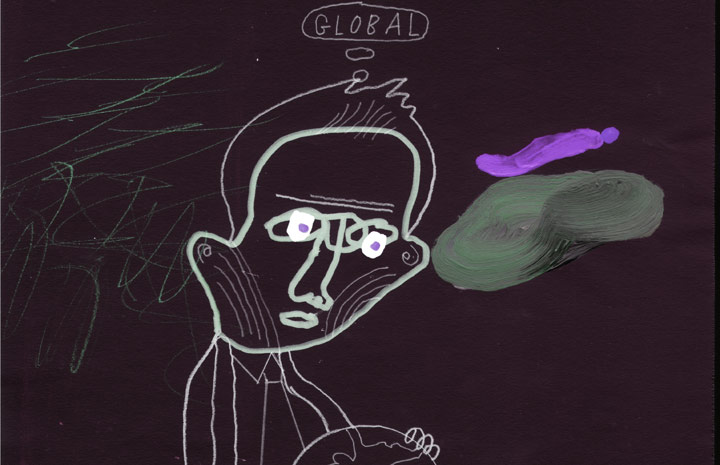 Globalisation: It’s Not At All New At All.


I don’t get this overused so-called new-fangled word ‘globalisation’ at all. Think of past super-powers; surely it comes down to what technology was available at the time. Think of the success of The Romans, The Ottomans, Ivan The Terrible, any colonialism: The Spanish, The British, The Danes (even The Belgians for God’s sake); if they’d had Facebook, Twitter or any social media for that matter (imagine Vlad The Impaler on Linkedin showing his portfolio of recent projects) along with fighter/bombers, landmines, drones and the likethen who knows what would have happened. The HorsebackDeliveryService was a galloping, sweaty forerunner to YouSendIt. At least they tried to rule, degrade and rape the world with their limited resources of swords, catapults, slings and arrows, canons, syphilis and crazy religious beliefs. Nowadays we can can natter pointlessly to anyone anywhere; or buy and sell hundreds of different currencies in a nanosecond, salivate with hedge-funds, futures and options; trade commodities in a trillion different directions and then with misguided timing and the push of a few wrong buttons, lose it all and then miraculously pay ourselves a healthy end-of-year bonus. If you’re a banker, of course. 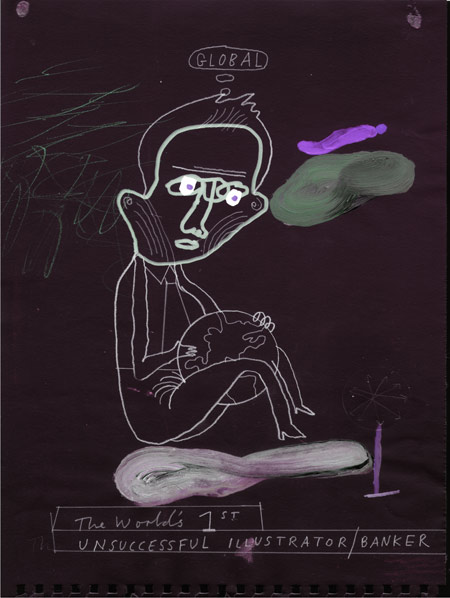 We’re not though, are we? No, we’re illustrators. But we are just as determined as any city boy idiot to forge ever forwards in this increasingly competitive world.  I did some research and I estimate that, for instance, within our biggest market – America – and within the 30-odd billion dollars of exports to the US, financial spot illustration is responsible for about 2.7% of that total – which in other words, in real terms, is around $800,000,000 per annum. Just to America! Think now of the BRICS market – Brazil, Russia, India and China – the potential for edging into the financial spot illustration market in those fiscally blossoming countries is enormous. As those generous USA for Africa self promoters once sang, we are the world, we are the future.

So we should be proud. Even though our fees haven’t budged – in fact they’ve dipped in real terms – since 1983, we can hold our heads high, clasp that pencil with pride, do countless roughs for no reason, for dithering clients with absolutely no clue, all over this world with a sense of self-worth, a feeling of belonging and, most importantly, public recognition and support. Questions should be asked in The House.

A cruel acronym of warning though: PIGS. Be careful when dealing with those ne’er-do well countries. Portugal, Ireland, Greece and Spain (in the UK, it could easily stand for Plymouth, Ilfracombe, Gravesend and Stoke as far as I’m concerned). I’ve done many a financial spot illustration for the aforementioned and the art directors always focus on the misery they’re going through; the impending bankruptcy, the inflation, the rioting. I want to be involved with positivity – a sense of creative fun and the brilliant use of visual metaphor should be employed, not some dull grey pie-chart (“in your style”) underneath the title ‘The Falling Markets Since Deregulation’ denoting just how bad things have become. Their fault – not ours; we’re merely fiscal viualists rampantly eking out a living based on others’ grim monetary denouement.

Read the rest of Paul’s piece in Varoom 17