A few weeks ago we looked at the many unusual materials used for longlisted work and loved the idea of illustration that extends beyond two dimensions and ventures into a third (or fourth!) so much that we want to showcase some further dimension-busting work from the shortlist. 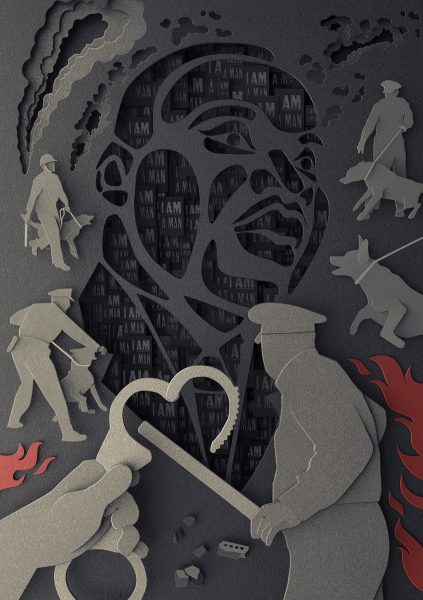 We start with a 3D impression work that was created for Vault49 to be used on their social media to mark Martin Luther King Jr. day. While this is a purely digital 3D work it shows that the shadows and layers add extra interest to the artwork and tell a different story on each layer. The sketch was done in digitally and after that translated to 3d (Cinema 4D).

Edvin Puzinkevich is an Illustrator and 3D Designer from Latvia, currently living and working in New York City.He specialises in 3D imaging and illustration and often works for big clients such as Target, Toyota or Dior.

Cecelia Wood : At My Family’s Table 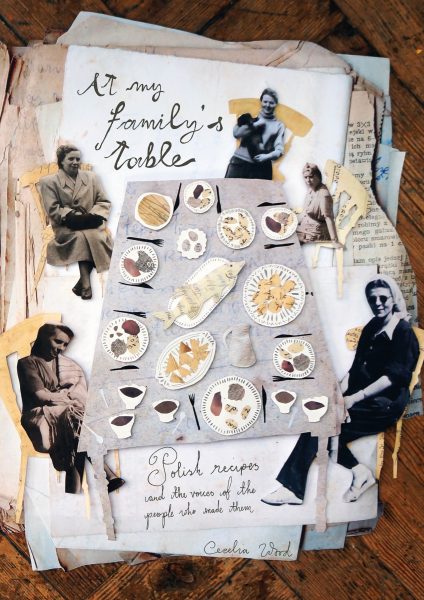 This lovely collage by Cecelia Wood, adds just that little bit of extra texture and layers to enhance the idea of creating a cover for the collection of a family’s recipes and stories intertwined with them. Copies of the original recipe collection and family photos were used as collage material. The collage was assembled by hand using layers and different heights to create depth and then photographed in dusty sunlight to create the final image.

Cecelia loves to stretch the idea of illustration into 3D and sees anything around her as a material! She is currently studying in Barcelona. 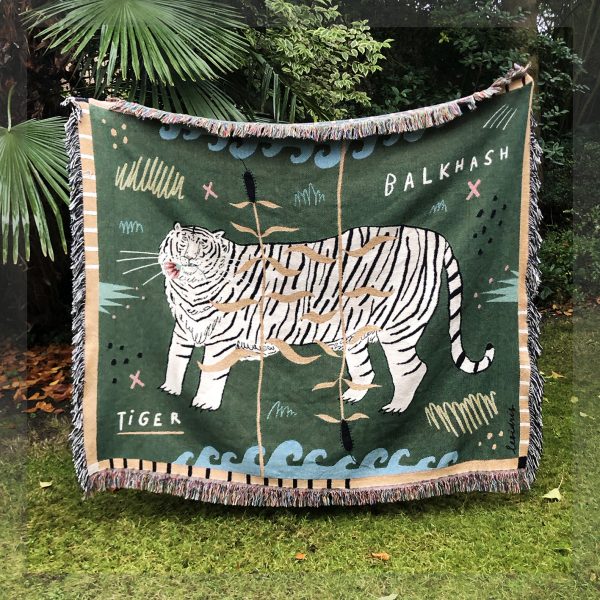 Arguably still in 2 dimensions created in the age-old traditional style for a wall hanging, this illustration shows that you can bring your comment to a physical space. In Lesidris’ case the work intends to pay tribute to endangered or extinct animals in her native Kazakhstan and to offer a better way to have an animal’s image on the wall rather than it’s real skin or stuffed body. The original illustration was created digitally and then translated into sustainably woven blankets, making it a mobile statement that can travel to any space.

This Site Specific work by Anna Stiles is an installation combining hand drawn illustration and 3-D design. It was created for Mental health week and deals with themes of anxiety and isolation juxtaposing the forest with the urban landscape where it was displayed in a shop window. The depth of the artwork lures the audience in and encourages discourse about the themes explored in the artwork, mirroring the many layers and hidden elements (treasures) of our minds. Dive into her forest in this short video.

Daniele Catalli : The Most Excellent and Lamentable Tragedy of Romeo + Juliet (Peep Show) 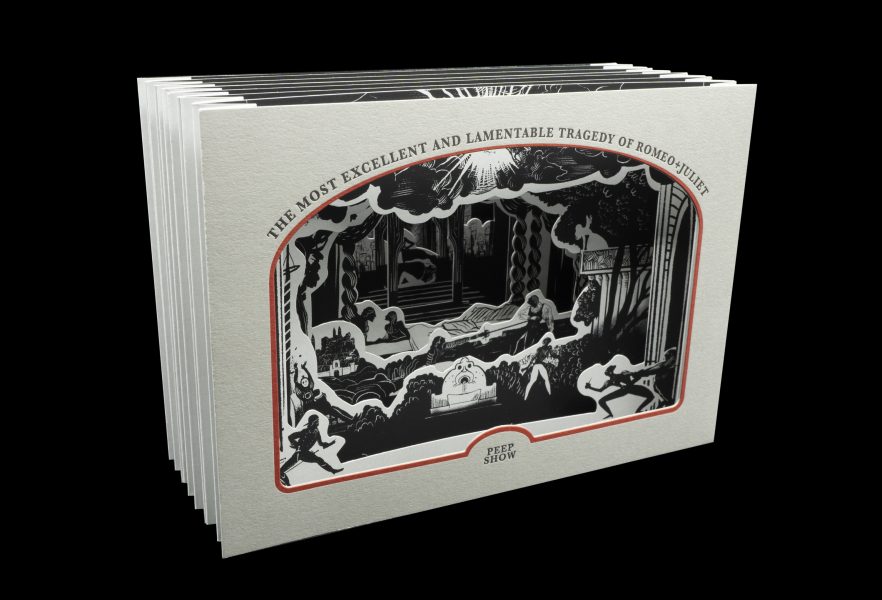 Daniele Catalli is an award winning illustrator, author, and designer, and his work moves between publishing, installations, performance and relational art. With this Alternative Publishing project commissioned by specialist publisher DFRG Press London Daniele utilises a “tunnel” shape, a book form that mirrors a theatre set-up and gives the scene a three-dimensional effect while also being a single layer image depending how you look at it. The book was meticulously hand-made from screen printed, letterpress and then die-cut by italian printer Archivio Tipografico Torino. 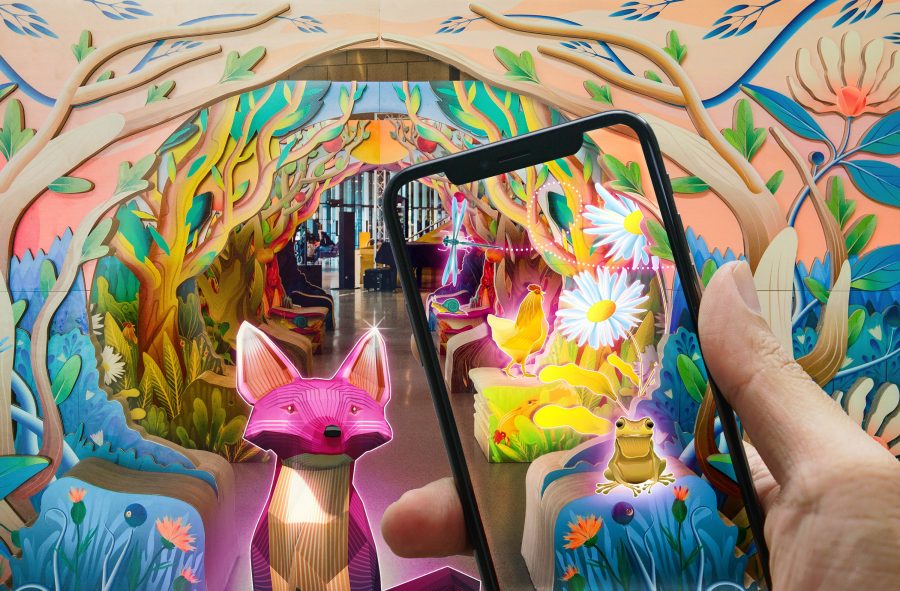 Site specific work tends to be in many dimensions, but this augmented reality work commissioned by AR agency, Arcade for the Welsh National Opera transcends this and adds another dimension. This immersive art installation is based on the opera, A Cunning Little Vixen by composer Leoš Janáček and posed a special challenge as the illustration had to work in the physical and digital realm. This technique was cleverly used by WNO to introduce the world of opera to a different audience and to fuse classic work with new technology.

Xavier Segers is a Belgian graphic designer and illustrator. He’s also known as the The Last Dodo and is based in London 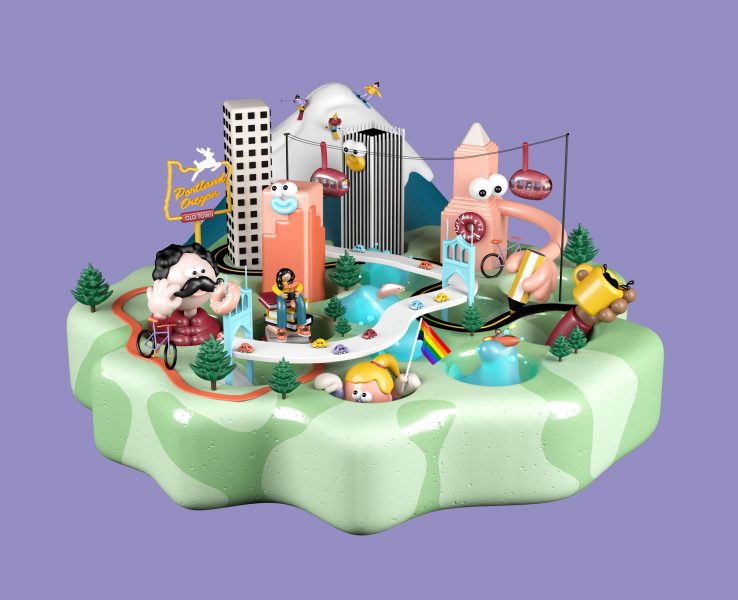 Creative studio Strange Beast was commissioned to produce the illustrated & animated Travel Portland campaign by Wieden+Kennedy OR. Using the tagline “Go Somewhere Different”, the campaign is filled with bold characters and environments, highlighting the uniqueness of the destination through the style of the illustration. Here perfectly displaying all Portland has to offer on one plate. 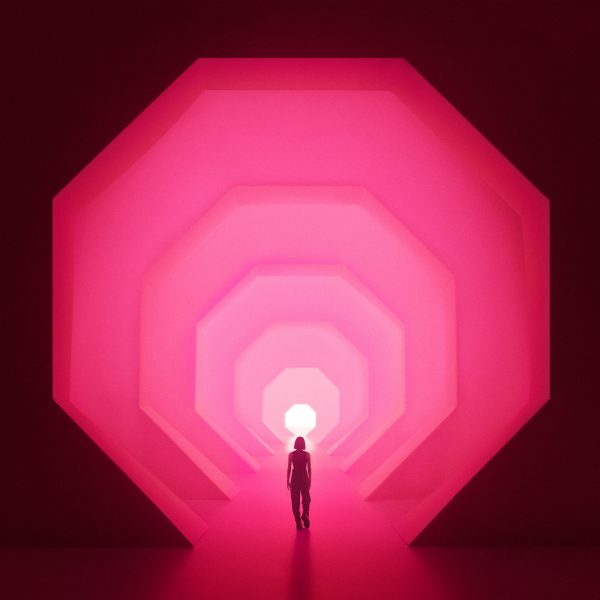 Owen Gildersleeve is an artist based in London specialising in handcrafted illustration, set design and art direction. In this beautiful image that was used as a record sleeve for the electronic artist, Lapalux, he reverses the dimensions for the creation of the artwork. He built a small model in his studio to get the light effect just perfect, but you have to look really closely to see that it is not a 2dimensional colour graduation, but a photo of a sculpture with he colours created by light. 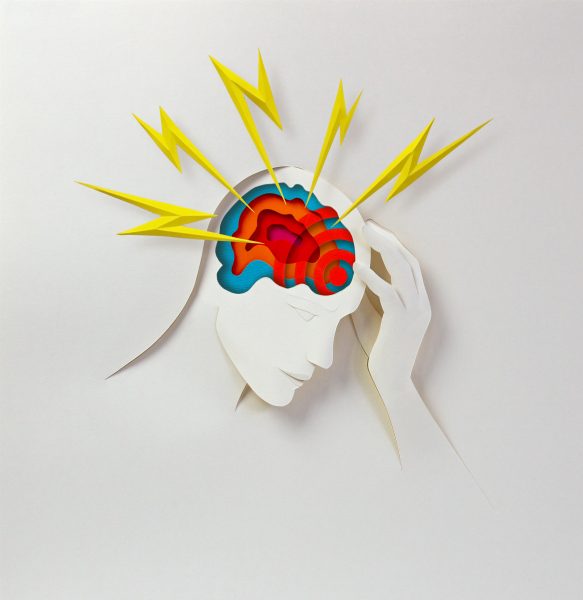 This Editorial 3D papercut was created for Lifespan Magazine for an article entitled “What’s causing your headache?”. As a migraine sufferer herself, Gail Armstrong wanted to create an image other migraineurs would identify with. More than just a headache, the sense of person fades as the pain takes over. The white figure fading into the page winces and holds their head in pain, delicate in contrast to the clashing colours of a brain in migraine with its throbbing epicentre, every external sound and light, another bolt of pain. Gail Armstrong began with line drawings, then cut the final image from different papers, layering, folding, curving and gluing. For the final image she photographed the completed paper sculpture, and finished with some minimal digital retouching. 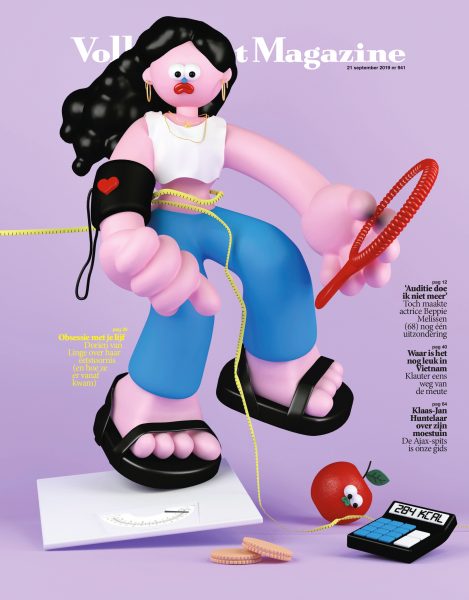 To finish this list, we show a purely digital 3D image created by Netherland based Eva Cremers for the weekly newspaper magazine, The Volkskrant. She was asked to make one cover and one spread, for an article about a girl struggling with eating disorder. After sketching in 2D this three dimensional image was created digitally with Cinema4D. The charming character seems to reach out to the reader and the soft shapes and distortions help to keep this difficult topic light-hearted without not taking the issue seriously.

If you enjoyed this article, why not have a look at the full WIA2020 shortlist, for more inspiration!