Thomas is a freelance illustrator focussing on conceptual illustration, taking imagery and themes and subverting them to create new meaning in intriguing and thought-provoking artworks. He has worked for clients such as The New York Times, The Guardian and The Economist. He studied BA Illustration at Falmouth University. He won the inaugural WIA2019 AOI Members Award for his illustration to accompany an article about the global arms trade.

This illustration was commissioned by The Economist for a piece on the Arms Trade, more specifically how the arms trade has become a ‘buyer’s market and how the customer has become spoilt for choice. I wanted to enter this project as I believe it one of the strongest images I have produced to date! I think it exemplifies my style and my conceptual thinking.

The brief set by The Economist was to create an artwork at two sizes, (one for print, the other for digital) and to not make it too ‘cute’ as to fit the subject matter. They referenced a piece of university work I created on the ‘2018 U.S. Government Shutdown’. They were also after something quite simple that can illustrate this idea that there’s now plenty of sellers, and they’re all clamouring for choosy customers.

Having no prior knowledge of this subject I scoured the article for buzzwords and other information that would be useful when researching for the image. When I research for projects I tend to get as much information as possible written down in my sketchbook so I have a lot to draw from later on in the process. I looked into which countries deal arms to others, the politics of it, the iconography of the countries and guns themselves.

I worked on this piece using a mix of Photoshop and Procreate. When doing editorial work, I tend to use a mixture of both to ensure that I create the highest quality work in good time.

We went through only one round of roughs for the project: 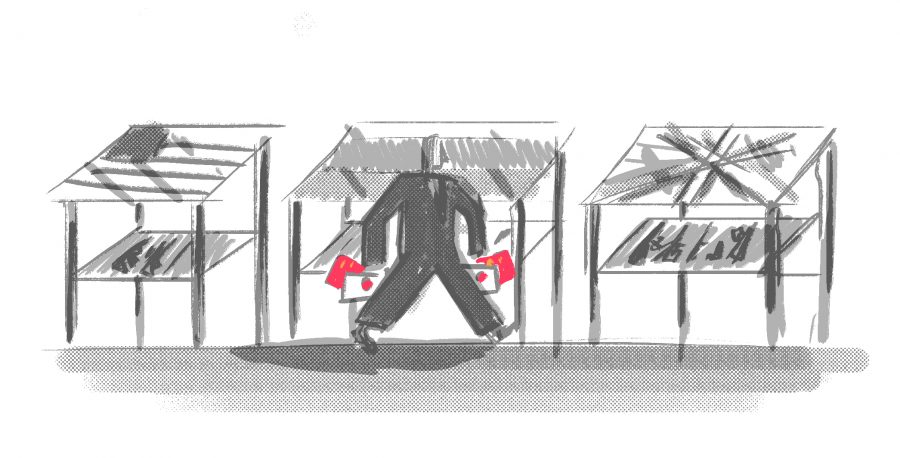 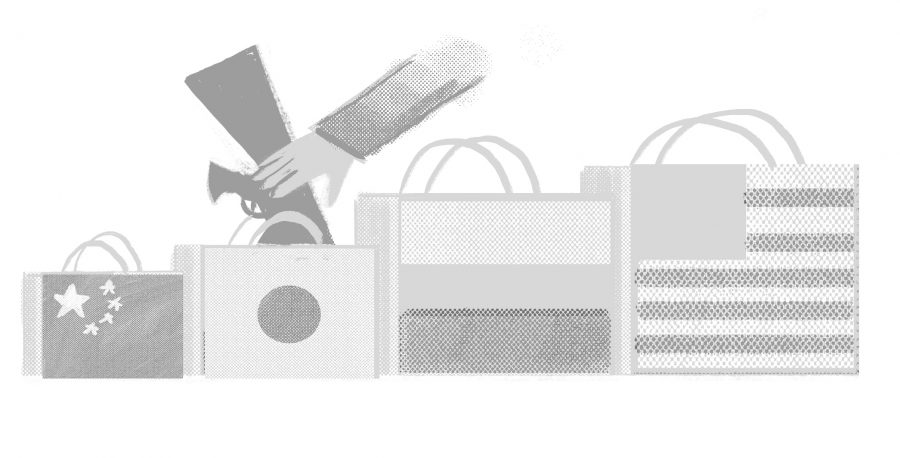 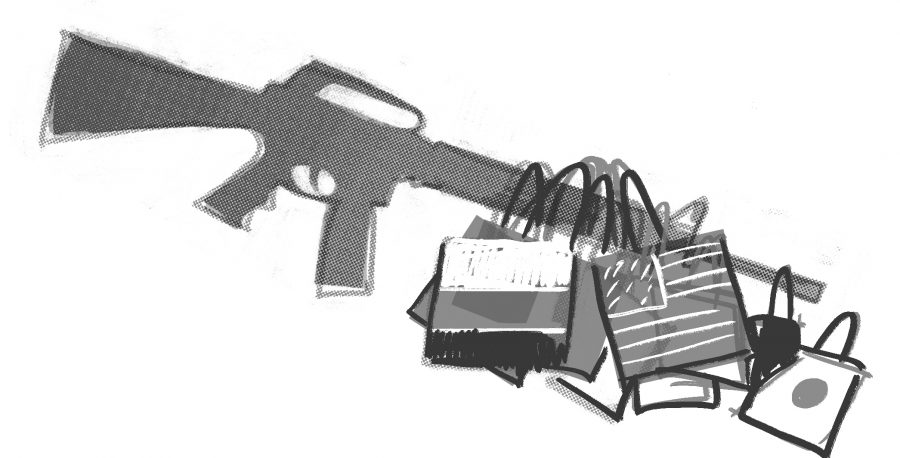 With the approved rough being an altered version of the image below: 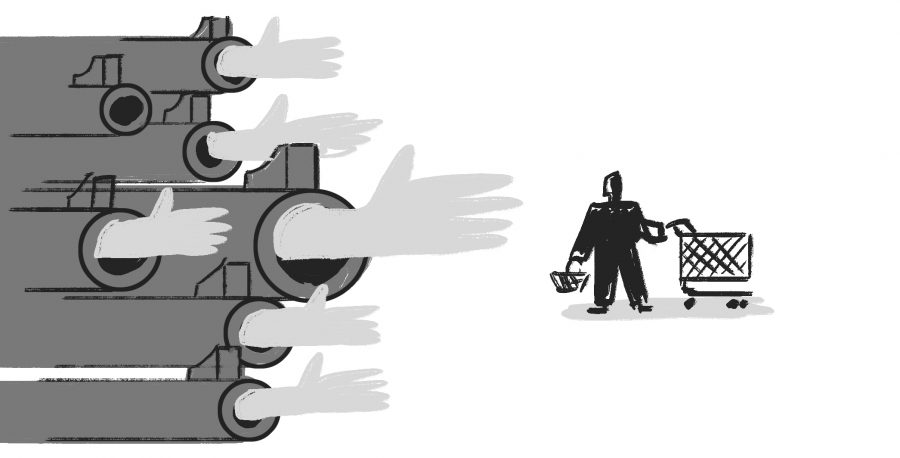 I love the collaborative process of working with art directors, and in particular Ben Schmulevitch, who I worked with on this project. He gave me great feedback on my roughs and we both agreed that creating a mirror of the ‘gun sleeves’ but with a singular sleeve with a hand extending out worked best for the message of the article.

With the shopping cart and the small figure, it seemed as if we were adding too many visual metaphors and the two just seemed too disconnected from each other.

One issue we had when putting together the final artwork was that the military figure’s sleeve originally featured a ring around the sleeve to signify the rank of officer, however this detail had to be replaced in the final artwork as we did not want any discrepancies to the real-life rankings of military personnel who would oversee arms trades.

This project was great for me to be able to use more halftones textures in my work. I had experimented with this in some of my final pieces of work for university, however I never had the chance to use this technique for professional work. Thankfully the awesome art directors at The Economist had seen my work at prior meeting and they loved my work that used this technique and even requested something similar for this image.

I also learnt that sometimes the first concept that comes into your head can be the best. I love to push myself to find fun and creative solutions but I’ve learnt that if the first thing that comes to mind is a solid idea then to include it in the roughs stage.

This was a single illustration that took 4 days to complete, 1 for roughs, 3 for finals. I want to say 3 hours of research and 2 of thumbnail sketches before getting down some solid roughs.

I would say, do what you enjoy. It’s very easy to see other illustrators and even friends pushing their work in a direction that works for them and gets them plenty of work, but you have to be true to what you enjoy doing. If you do what enjoy and create plenty of work then sooner or later it will get seen and someone may hire you create something similar.