London-based illustrator and designer Tim Easley is best known for his bright palette and bold lines, imaginatively fusing playful characters and hand drawn lettering. Having also worked stints in Tokyo and Seattle, Tim is influenced by urban kitsch, nature, and neon signage. He creates work both personally and commercially in a variety of mediums, including hand drawn skateboards, canvases, plasticine sculptures, painted basketballs, and digital pieces.

This project is a hand sculpted illustration, made entirely out of plasticine, a fairly unusual medium for illustration. The image became the record cover the the group Modified Man. 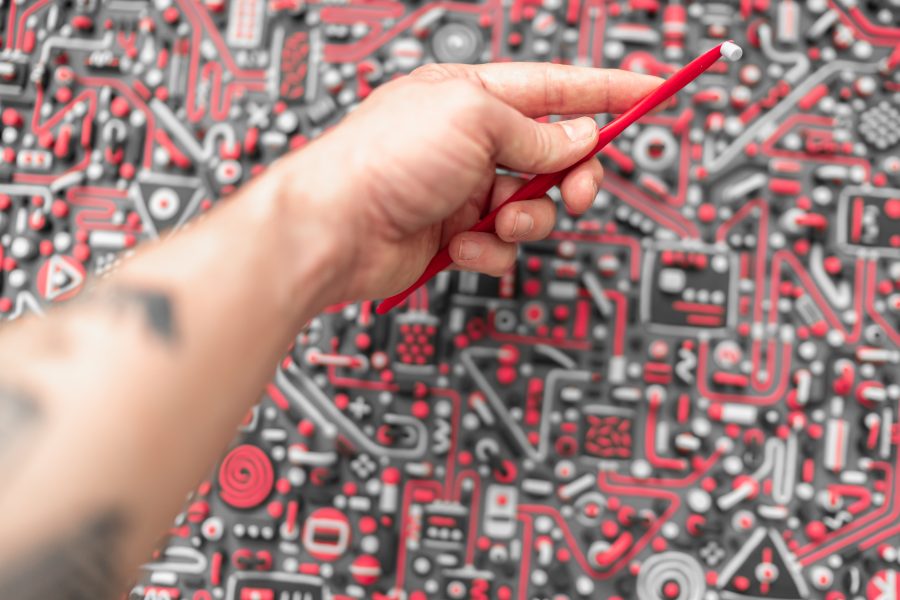 To design a record cover based around circuit boards. It was intentionally loose, to allow me the creative freedom to explore ideas, and modify them as I went along.

We sat around and got a tiny bit drunk on wine while discussing ideas, which were based very loosely around my terrible recollection and description of the scene in Superman 3, where the villain’s sister Vera gets captured and turned into a robot by the supercomputer.

Plasticine, lots and lots of sticky plasticine. That, and huge amounts of soap. 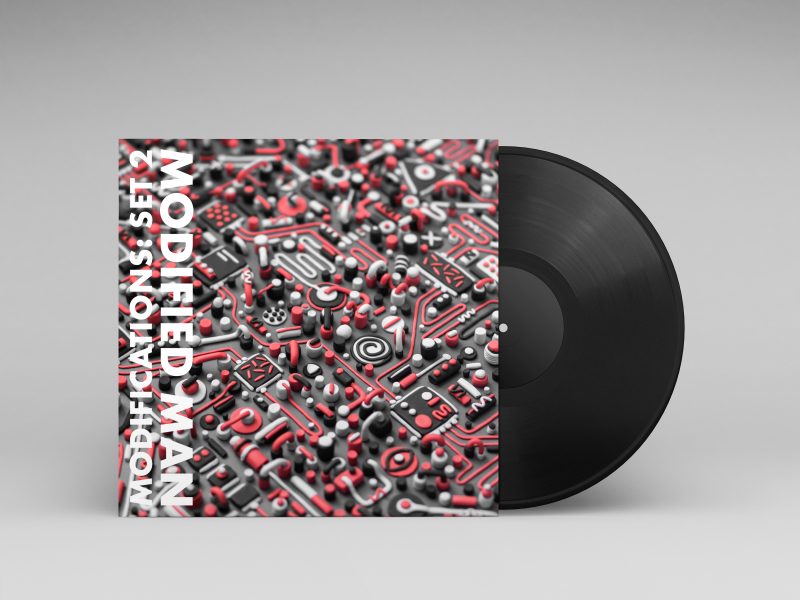 I had a very rough idea of what I wanted to do, so I started by laying down some computer chips, then added things like transistors and capacitors, then wires and other random bits. It involved a lot of rolling out plasticine, and carefully laying down what were sometimes half a metre long wires!

It was initially very hard to get started, because once you start laying the plasticine down it becomes very hard to backtrack. Itʼs a very sticky medium so it is hard to remove and separate. But once I got started and had a base to work around it went a lot more smoothly.

That I really dislike having sticky hands. Next time I do a big plasticine piece like this, Iʼll probably do a little more planning!

The piece took around 80 hours to complete, stretched over a period of around 20 days in total. It’s 50cm x 50cm in size, contains over 2,000 separate components, and used about a kilo of plasticine.

Although it was an immensely annoying project to complete, what with the constant impairment of my hands due to being covered in plasticine, Iʼd definitely love to do more similar work. Next time Iʼd definitely invest in more wet wipes. 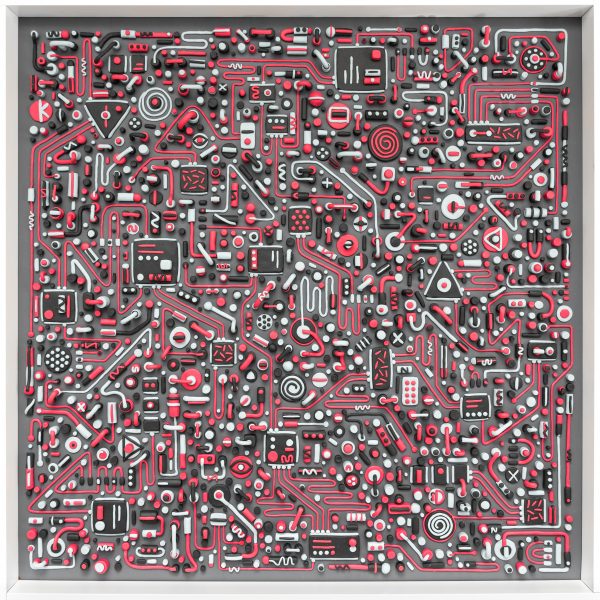 Always ask questions and donʼt be afraid of accepting help. There are always going to be things that youʼll struggle with – whether youʼre not very technically minded and need computer help, or you donʼt know how to price some work, or youʼre inexperienced using a certain medium, or even if youʼre just feeling down, reach out to someone and ask for some help. The AOI is a good place to start, but get on social media too, join some Facebook groups, and get asking. People are remarkably helpful, and youʼll find that you also have a lot you can give back, so just ask!