Jinhwa is an illustrator based in New York. She grew up in South Korea and China. She is influenced by her city life, where she draws people, streets and buildings. Brief

This project, the NYC Street started as an in-class assignment. The brief was to make a series of illustration for ArtOnLink(a project promoting works of local artists on LinkNYC, which is a free wifi kiosk around New York City), and it has to be based on my personal experience within the city. 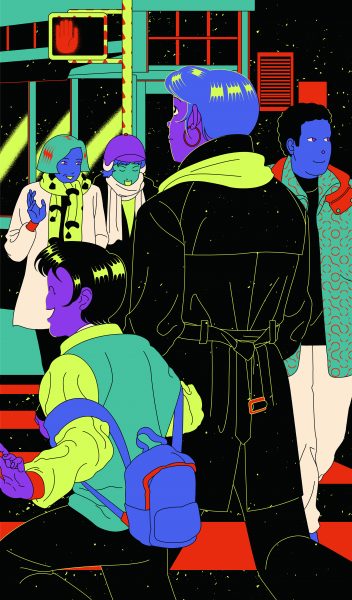 It was the beginning of winter, and I decided to draw people in the winter NYC streets. The toughest part was coming up with some stories that people can instantly understand and relate themselves to. 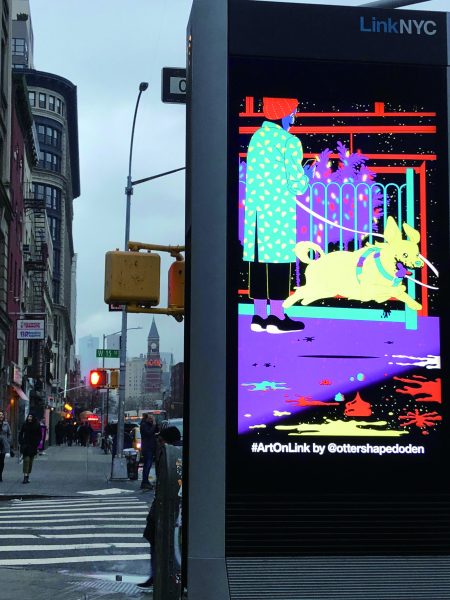 The process of coming up with the right sketches was to make thumbnail sketches, being rejected and fixing them. I asked my professor and friends who also live in NYC for advice and it was very helpful. Once the themes of each piece and sketches are done, the rest went smoothly.

Once I submitted for ArtOnLink and my illustration was on air, I had a lively response from people who saw my work on the street. I felt great that people actually relate to my image.