The illustrations explore the cultural, historical and ecological richness of a stretch of suburban Dublin’s coastline. 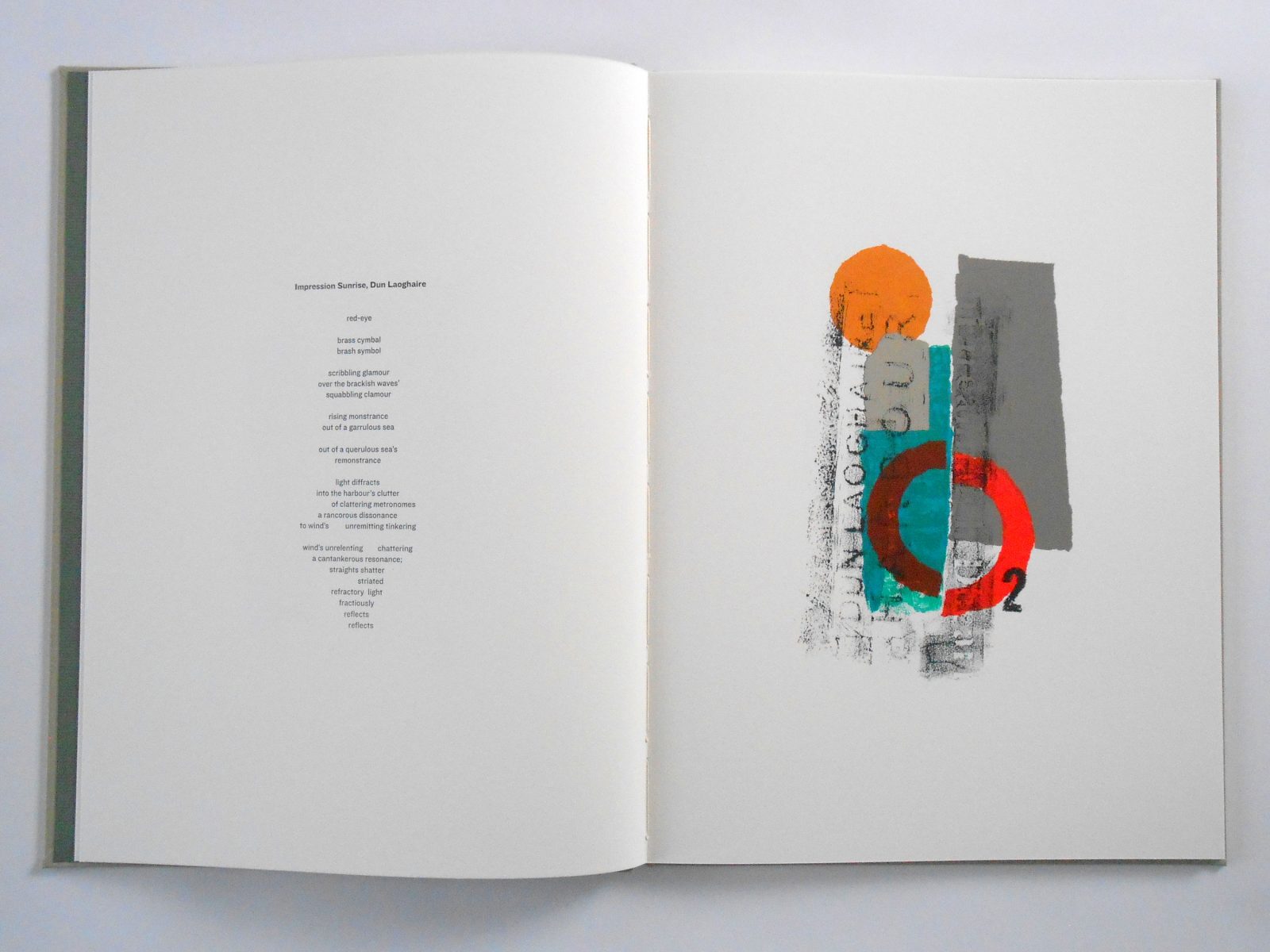 This project came about when my brother was commissioned by Dún Laoghaire-Rathdown County Council to write a series of poems, each of which responds to a specific location. One of the themes which runs through the poems is the idea of the city as a palimpsest.

Brief
To design, illustrate, print and bind a limited-edition artist’s book. I had complete creative freedom over the images, scale and layout of the book.

I made a number of trips to the locations in Dublin where I made collages and took rubbings of incidental typography from manhole covers, post-boxes and plaques.

The screenprints are printed from handmade stencils made with a variety of tools including torn paper, Vaseline, Indian ink, dip pen, sandpaper and frottage.

I started out by making screenprints of the collages I’d made on location. I quickly found that the combinations of shapes and colours that occurred when pulling through ink unregistered were far more interesting than the compositions planned in advance. I became very interested in the way the colours interacted when layered in different sequences. I also played with a variety of marks and materials when making the stencils. Some of the later compositions came from ripping up and collaging earlier prints.

I spent a day in a graveyard trying to find anyone who had died on 16 June 1904 so I could make a rubbing – I wanted an example of type made at that time.  In the end I pieced together the date using gravestone rubbings from 16 May 1908, June 1907 and January 1904, all of which were the same face and size.

The weather was pretty lousy when I made the first collages on location, but this gave me the palette of greys and muddy sand.  There’s no substitute for working on location.

My brother’s fondness for the jar!

Reflection
I thought this would be a far simpler project, maybe using one or two colours for each image. The work evolved into something far more complex and time-consuming, but it was obvious this was needed.

Jim Butler was born in Dublin and lives in Cambridge where he leads the M.A. in Illustration & Book Arts at Cambridge School of Art, Anglia Ruskin University. His practice is centred around drawing, collage and printmaking. His work has been exhibited widely in the UK, Ireland, France, Belgium, Holland, Portugal, Mexico and the USA and is held in numerous public collections including the Tate, British Library, Huis van het Boek/Meermanno Museum and the National Irish Visual Arts Library. His illustration clients include Adidas, Siemens and New Island Books.