Hi Claudine. Can you tell us a bit about yourself and your practice as an illustrator?

I’m very traditionally based – even when I work digitally. Observational drawing is the basis of my work, which I then abstract and stylise through line and colour. I focus a lot on nature and animals in my personal work but approach all subjects in a similarly observational way. I go to lots of life drawing classes, sketch as often as I can and take tons of photos.

Can you explain how you bridged the gap between working with traditional paper and pencil into using the Apple Pencil and Procreate?

It was quite an immediate shift for me – I had solely been working with traditional pencils until Apple approached me for the Apple Pencil campaign – the images I created for this were my first ever using iPad Pro and Procreate. It was definitely daunting at first but I found the transition quite natural. Once I spent a lot of time tweaking my pencil settings I was ready to go. I work in much the same way as I do on paper – very simple outline, then I fill in the colour and detail, usually only ever working on one layer, which allow me to work to huge dimensions and detail. 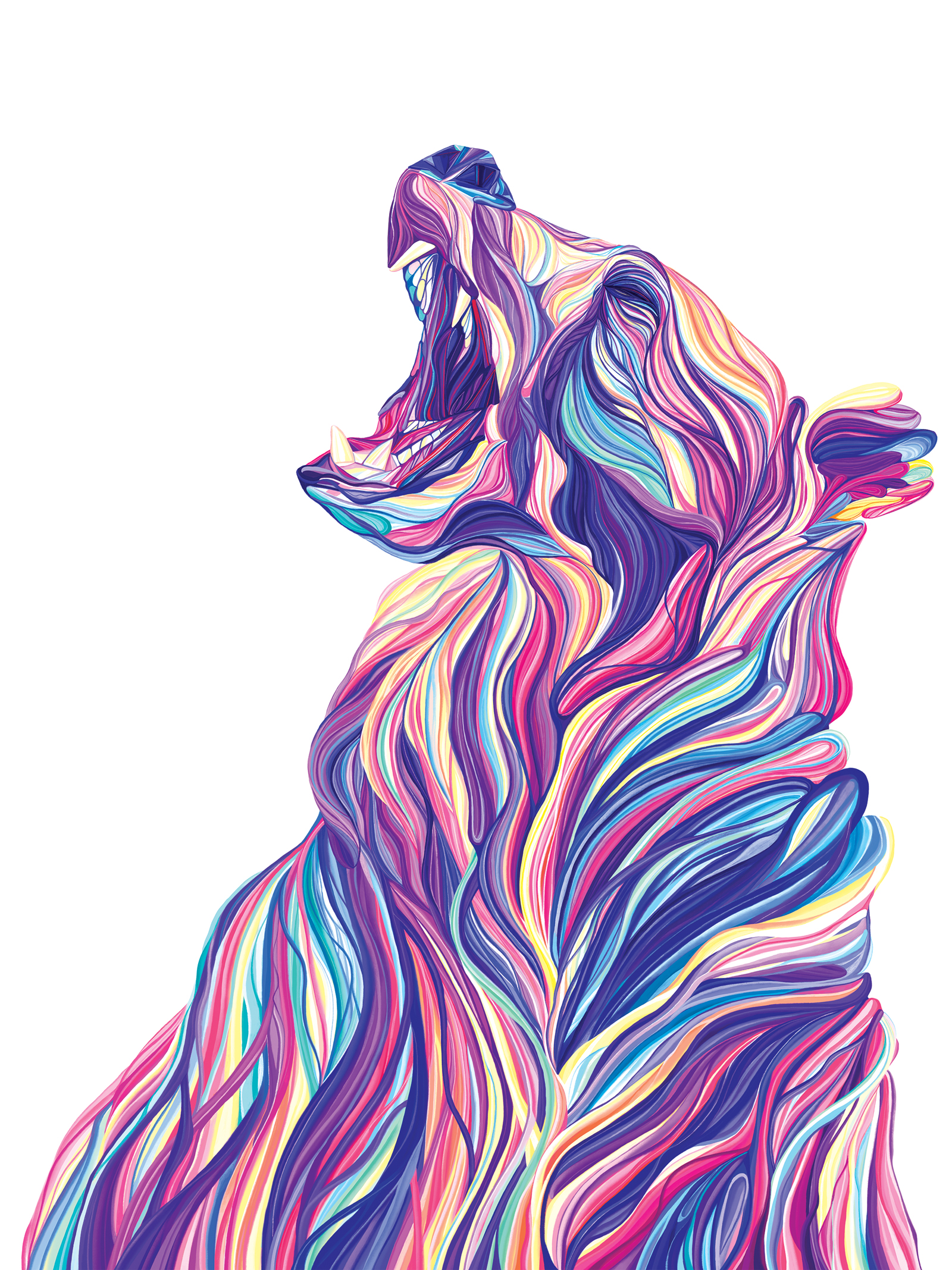 How has winning the Award developed your practice?

It’s been a huge boost to my confidence personally and professionally. It’s also encouraged me to embrace new techniques and challenges in my own work, which will hopefully develop my practice and aesthetic further.

Do it! I plan on entering again. It sounds cheesy but it really isn’t about winning – it’s more about having confidence in your work, sharing it with others and being a part of what’s being created in the industry right now.

Can you tell us about any forthcoming projects or future plans?

I’m currently in the frantic run up to Christmas, with a mix of client deadlines, art fairs and online orders. I’ve just finished a job for the Mayfair Awards, which was 16 illustrations of Mayfair shops and restaurants, used on the individual award certificates – all done on the iPadPro. I’ve also recently completed a second commission for Procreate, a challenging long canvas illustration of a harris hawk in flight. I’ve been back in Dublin to paint a public piano which will be on display and open to play in the city centre over Christmas. It’s going to be used for the annual Big Busk on Christmas eve, then auctioned, with all proceeds going to the Simon Community, a homeless charity in Dublin. I’ll be switching off on 15th of December and heading back to Dublin for some rest before what hopefully looks to be a busy 2018.

The World Illustration Awards are presented by the AOI in partnership with the Directory of Illustration. They are the most prestigious awards for illustration globally.

The World Illustration Awards offer illustrators an important boost in their careers, placing their work in view of audiences and commissioners worldwide.

The World Illustration Awards 2018 call for entries is open until 6 February 2018: